SpaceX launch wowed many, scared some, in SoCal

SpaceX Falcon 9 launch created an eerie display in the night sky over southern California on the night of December 22. Photos and video here. 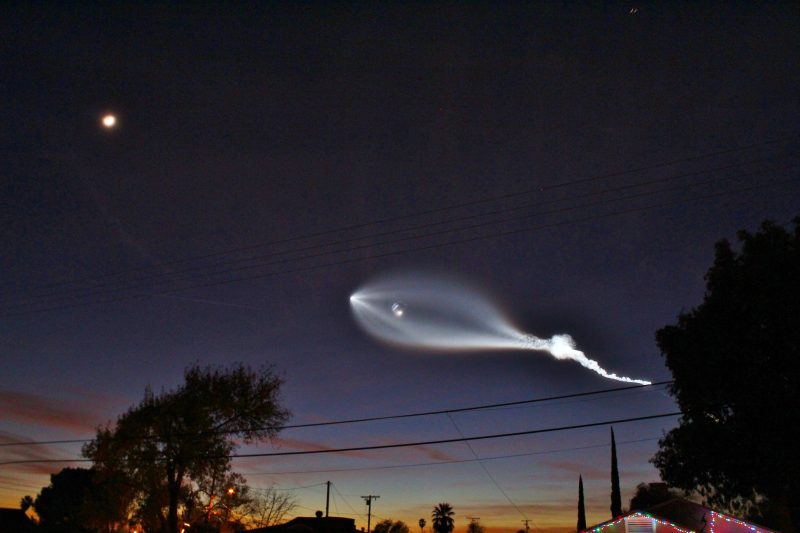 Lyle Evans in Highland, California wrote: “You can see the 1st stage falling an spinning away … I’m still wondering if the 1st stage landed.”

The evening twilight skies over southern California lit up on December 22, 2017 when SpaceX launched its Falcon 9 rocket from Vandenberg AFB. The launch was flawless, and the rocket carried 10 satellites from Iridium Communications into low-Earth orbit. Many people were out, many apparently looked up, and many caught images! Some knew what they were looking at, and some … well, didn’t. Is it still SoCal terminology to say some people freaked out?

And who wouldn’t be surprised, if not concerned, if you didn’t know what was happening and then witnessed this baby going up? 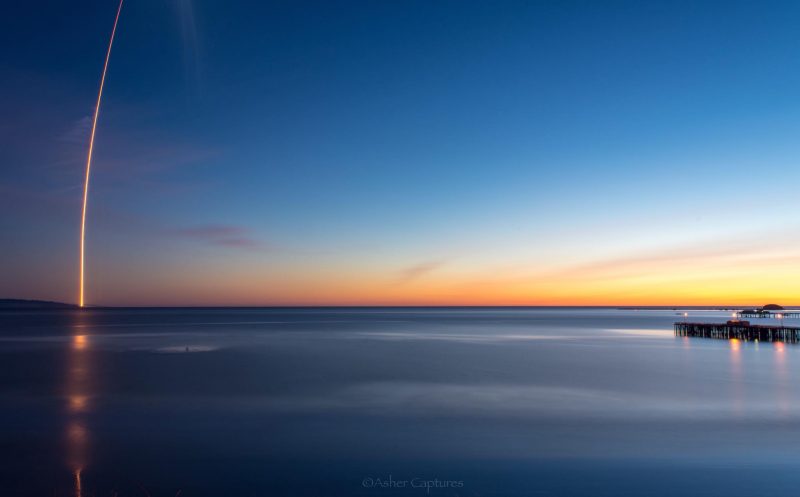 Here's my video of tonight's @SpaceX launch as it shot over SoCal, compressed to 20 seconds. Such a great sight to see. #SpaceX pic.twitter.com/VHbNeMDT8N

The excellent video below, of the launch and its aftermath, is from Doug Ellison in Alhambra, California. He was clearly prepared.

But, really, some people just didn’t know what they were seeing.

What did I just witness?? pic.twitter.com/JsHfqTsxm0

Who saw this?!? UFO??? pic.twitter.com/SOQuMt4mPi

SpaceX later confirmed a successful launch and deployment of the satellites. Congratulations, SpaceX and all who witnessed this launch!