Solstice sun rolling down the hill

An 8-frame animation of the sun setting behind Tijuca Peak in Rio de Janeiro, Brazil, 10 hours after the Southern Hemisphere’s summer solstice.

Here are some images of the solstice sun that I captured on December 21, 2016. They show the sun setting over the Tijuca Peak in Rio.

[At top] an 8-frame animation shows the sun setting 10 hours after the summer solstice in the Southern Hemisphere. Like a ball rolling down the left side of the 1.0-km-high Tijuca Peak at a distance of 6.4 km, there it apparently goes, in spite of actually being millions of times farther away. Amazingly the slope of the peak as well as of the celestial great circles roughly coincide, forming an angle of about 23° with the vertical, equal to Rio`s tropical latitude.

I used a Canon SX60 HS camera with a filter for solar observation.

Have a wonderful Christmas and a happy New Year full of peace, joy, love, heath and achievements! 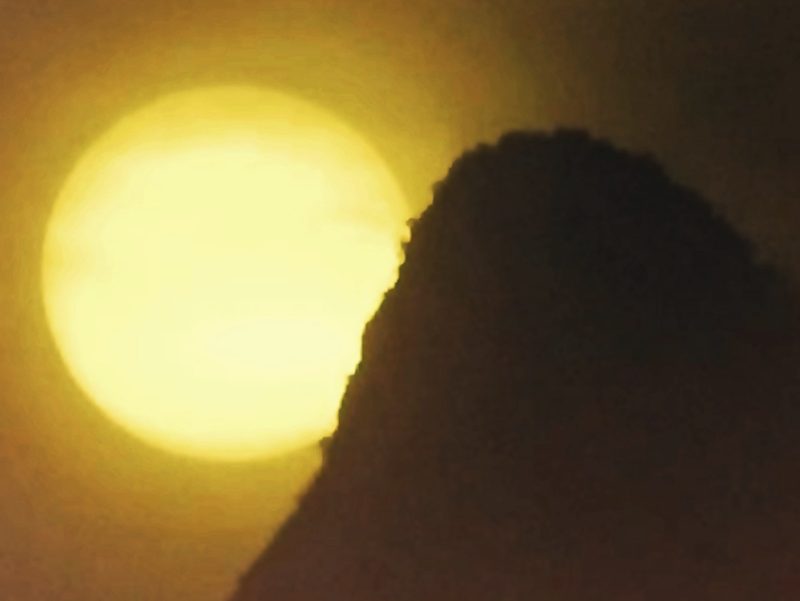 The sun seen next to Tijuca Peak in Rio on December 21. Photo by Helio C. Vital. 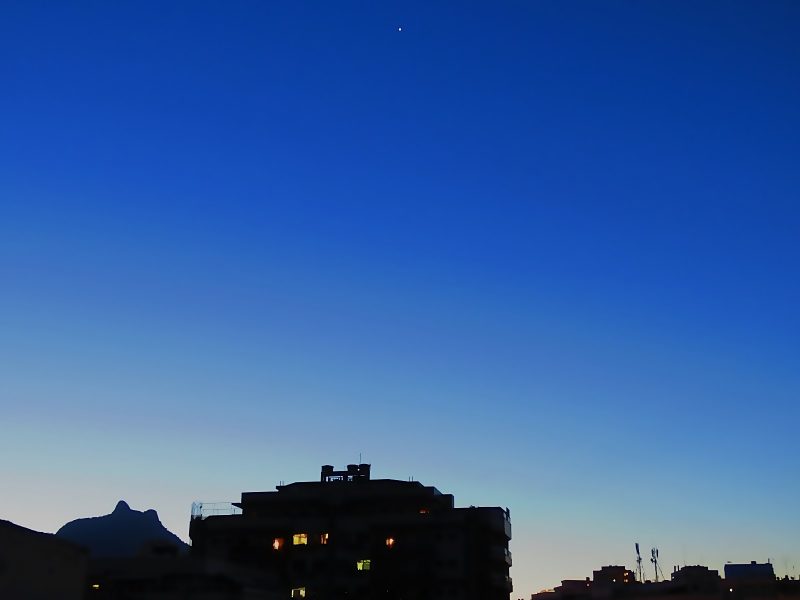 Venus seen high in Rio’s western sky after sunset on December 20, 2016. As seen from the Northern Hemisphere, it is also in the west after sunset, but lower in the twilight sky. Photo by Helio C. Vital.