A solargraph over the Kelpies, Scotland

A solargraph is a long-exposure photo showing the sun’s path across the sky, day after day. The Kelpies, in Scotland, are said to be the world’s largest equine statues. 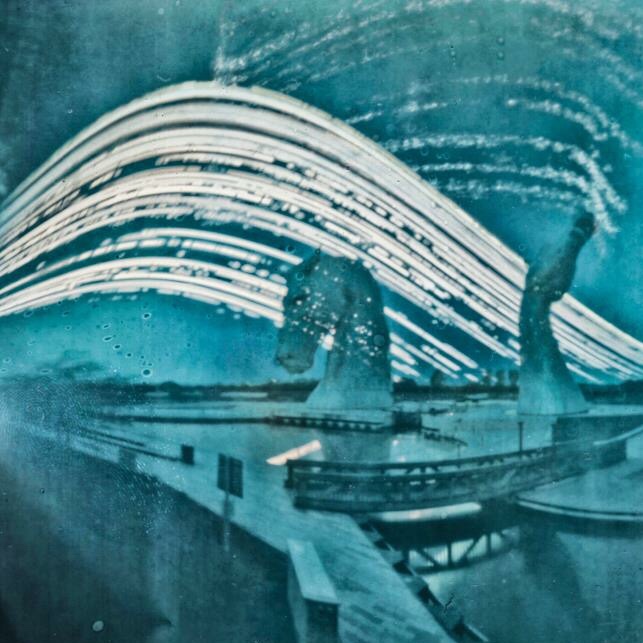 Solargraph by Mark McGillivray. He wrote: “Home-made pinhole camera constructed from a beer can, cardboard and tape. Image colors were inverted, then adjusted for contrast, brightness and saturation.”

Mark McGillivray submitted this image to EarthSky. He wrote:

This is a solargraph, taken as one single continuous exposure between March 13 and June 20, 2018, using a homemade pinhole camera constructed from a beer can. The image was taken at The Kelpies, in Falkirk, Scotland – the world’s largest equine sculptures – and shows the movement of the sun across the sky each day of the exposure.

On solargraphs, the streaks come from the fact that the sun’s path shifts from day to day, as it moves from equinoxes to solstices, and solstices to equinoxes.

By the way, we received another photo last year from a photographer who was using a beer can as a pinhole camera, in this case to capture the total solar eclipse of August 21, 2017. He describes his process here.

And we also received another solargraph, this one from the winter solstice 2017 to the June solstice 2018: 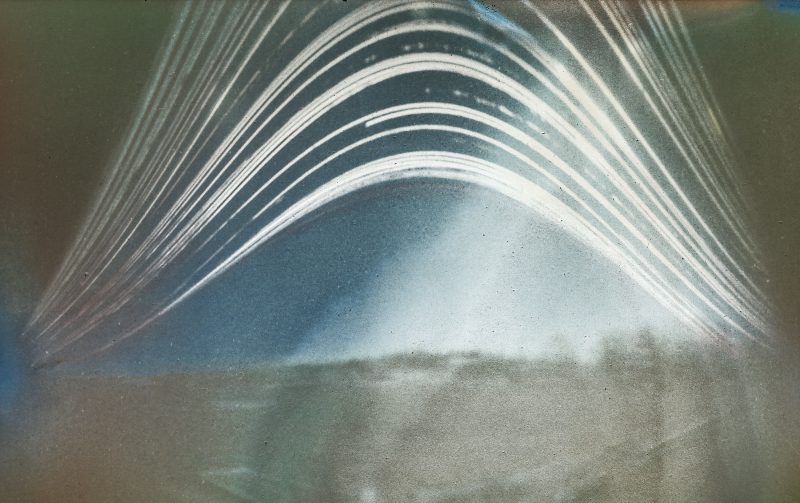 Bottom line: Solargraphs tracking the shifting path of the sun across the sky, ending at the June solstice 2018!

Celebrate the solstice with this cool solargraph.