Here is gas arching up from the surface of the sun, sculpted by the sun’s magnetic fields. These great features are called prominences. 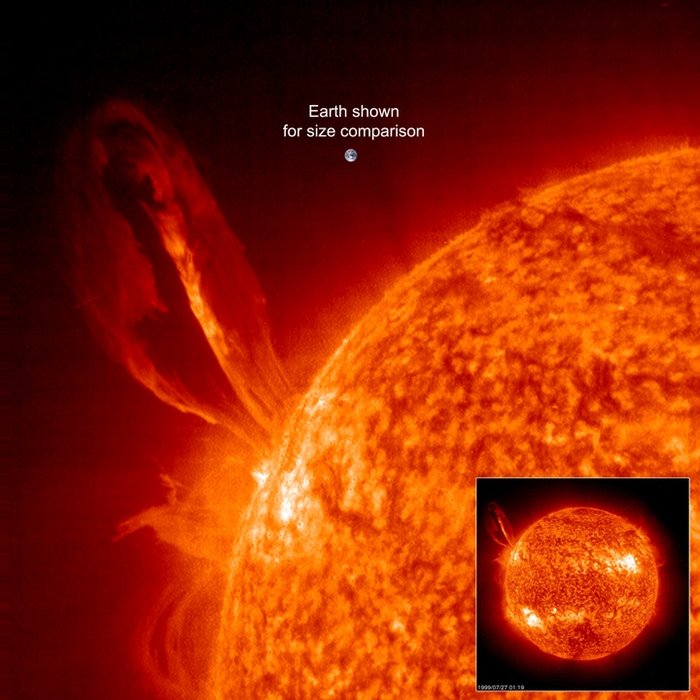 The European Space Agency (ESA) released this image on August 1, 2016. It’s a prominence, or gigantic ribbon of hot gas bursting from the sun, guided by a giant loop of invisible magnetism. Earth is superimposed for comparison and shows that from top to bottom the loop of gas, or prominence, extends about 35 times the diameter of our planet into space.

Read more about this image from ESA