In the background is sea smoke – formed when very cold air moves over warmer water – and the rocky Isles of Shoals. 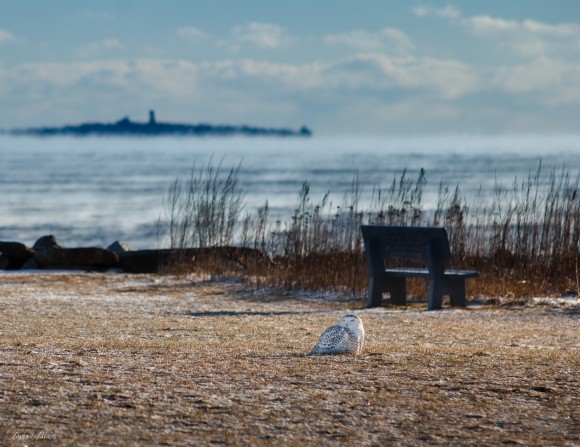 I went out to see a cold sunrise this morning at the harbor. While I was out, I saw this snowy owl enjoying the cold, but it wasn’t long before it spread its wings and launched into flight. In the background is sea smoke over the ocean and the Isles of Shoals.