Photo by Project Nightflight during a culmination of the sky’s brightest star, Sirius, above the volcanos of La Palma in the Canary Islands. 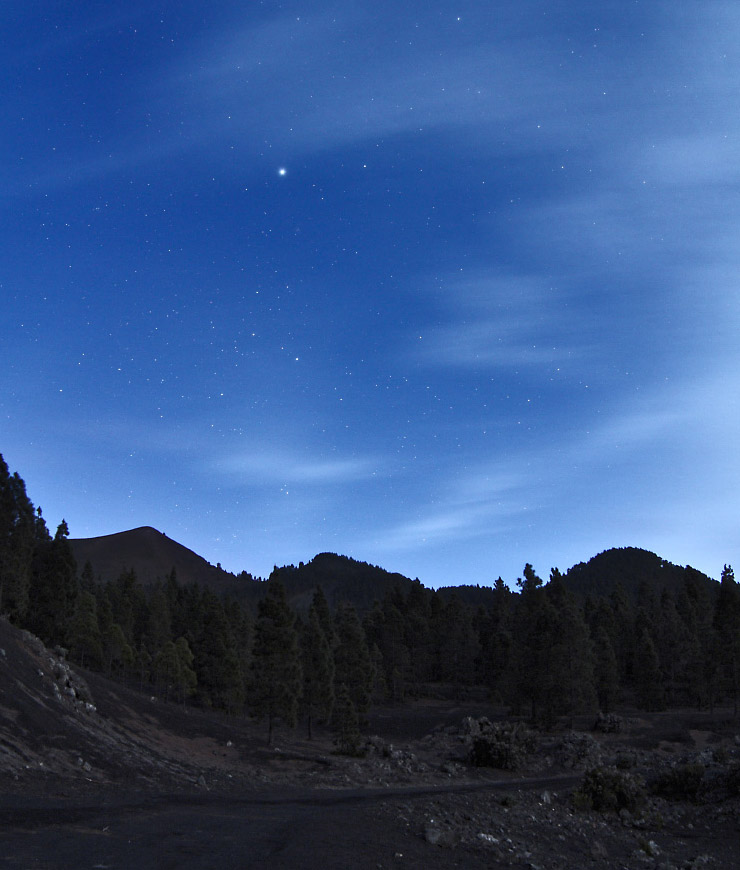 Brightest star Sirius at culmination, or highest in the sky, via Project Nightflight.

Karoline Mrazek and Erwin Matys of Project Nightflight – based in Vienna, Austria – posted this image on their website on December 26, 2016. It’s Sirius in the constellation Canis Major the Greater Dog, the brightest star in the night sky, which always reaches its midnight culmination on New Year’s Eve. Project Nightflight wrote:

Fireworks and celebrations, that’s what many people associate with the coming of the New Year. But as the countdown is peaking and expectations are running high, there is yet another show going on in the sky. The brightest star visible from Earth reaches its highest point of its apparent path across the night sky. Sirius culminates around midnight on New Year’s Eve. This is a phantastic coincidence. And, of course, this happens every year at midnight as the old year ends and the next year begins and is visible from almost everywhere on Earth. So, if the skies are clear and you have a moment, look due south at midnight on New Year’s Eve and perhaps you can glimpse Sirius adding celestial splendor to the fireworks.

This image was taken by Project Nightflight during a culmination of Sirius above the volcanos of La Palma island. It shows the constellation Canis Major, the Great Dog, of which Sirius is the most prominent star, and the dark, volcanic landscape that is typical of the Canary Islands. Whisps of cirrus clouds added dramatically to the image that is the result of nine untracked digitally combined original shots.

We wish all our followers, friends, partners and sponsors a Happy New Year 2017!

Thanks, Project Nightflight, and same to you!

On the Star Walk trail

Check it out! Full-sphere astrophotos