“A couple of bright blobs of orange light appeared for one minute … in almost the exact position where the sun usually sets for the few days around our summer solstice.”

On an overcast Sunday – December 18, 2016 – the view to the west was obscured by cloud and light rain over Chikanga Township, Zimbabwe with no expected chance of seeing the sun. However, at 6:25 p.m. local time, a couple of bright blobs of orange light appeared for one minute above the northern flank of nearby Hospital Hill in almost the exact position where the sun usually sets for the few days around our summer solstice.

The accompanying animated gif, prepared from three pictures taken between 6:22 p.m. and 6:37 p.m., includes the first glimpse of this amazing event. The following mosaic is a closer view of the apparition and then the real sun setting in the same place and at the same time the following day. 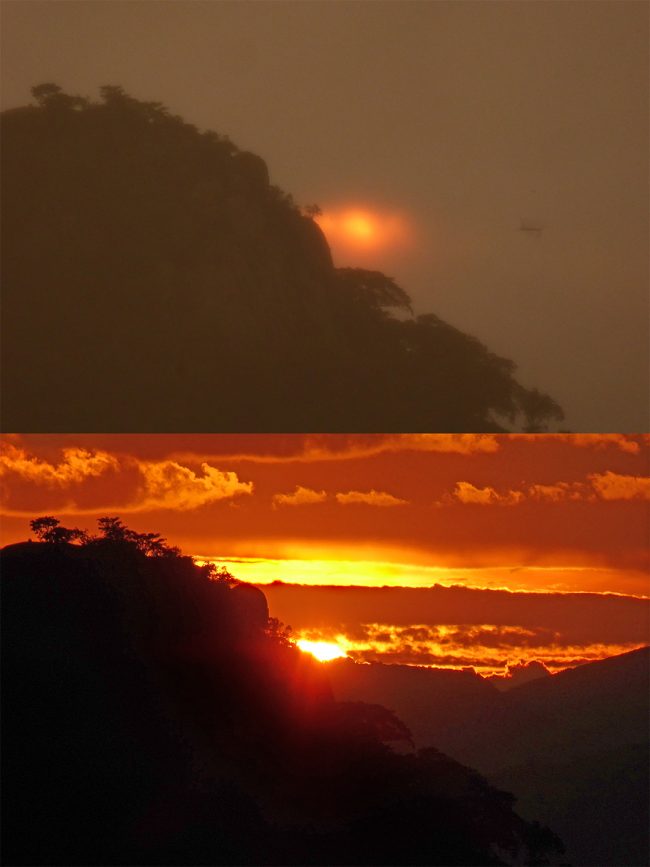 Closer views of the apparition and then the real sun setting in the same place and at the same time the following day. Photos by by Peter Lowenstein.

By some extraordinary coincidence a small temporary gap must have developed in what appears to be to be a uniform blanket of cloud at almost the exact moment the sun was setting on the distant horizon behind Hospital Hill, allowing narrow rays of light to be projected forward to produce the observed blobs of reflected sunshine.

What one may ask are the odds for something like this happening? The answer must be millions to one against!

By the way, the small objects in the sky in two of the pictures are flying ants which emerge from the ground in big swarms during rainy evenings.

I asked Les Cowley of the website Atmospheric Optics for an explanation. He wrote:

Puzzling. The only explanation that I can offer is that there were patches of semi-transparency in the cloud. They would not be obvious except near to the sun, allowing reddened light to shine through there. 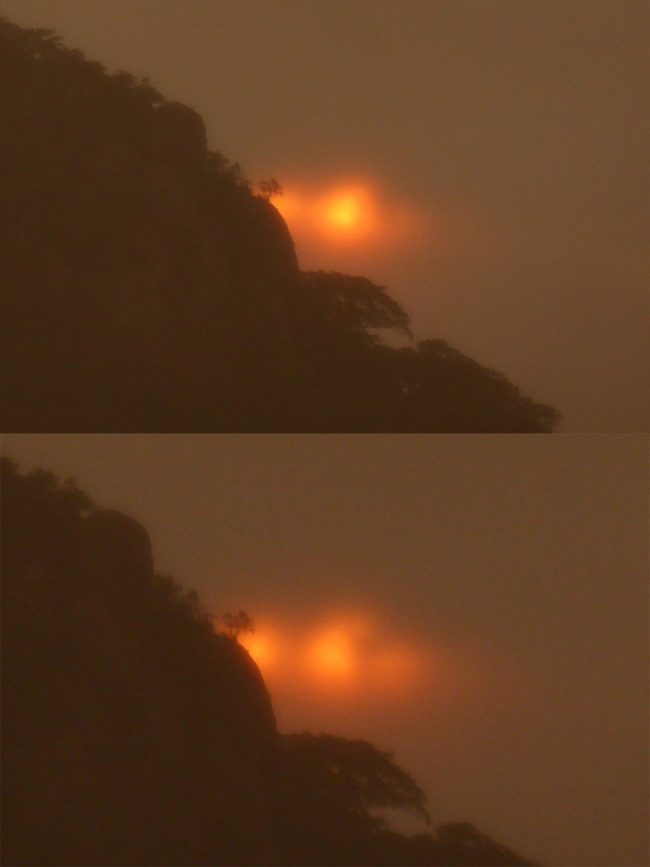 Bottom line: Peter Lowenstein didn’t see the December 18, 2016 sunset from his hillside home in Mutare, Zimbabwe. But he did see bright blobs of orange light above the northern flank of a nearby hill in almost the exact position where the sun usually sets at this time of year.