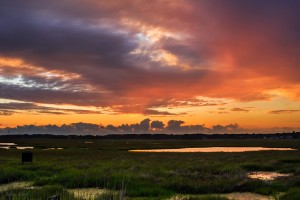 Josh Blash wrote: “With thunderstorms moving through NH earlier today, I was hoping to catch some storm photos once they made their way to the coast. Unfortunately they died out just as they got here. But with the clouds breaking up, sunset turned out to be gorgeous! It was one of those sunsets that induced such deep sense of serenity, that for a few moments you forget where you are with your gaze locked to the sky.”

Thank you! Your submission has been received!
Oops! Something went wrong while submitting the form.
END_OF_DOCUMENT_TOKEN_TO_BE_REPLACED