Selfie with Venus and Mars

The planets Venus and Mars are about to be amazing in the western sky after sunset. Watch for them. Cool selfie from Jean-Baptiste Feldmann in France! 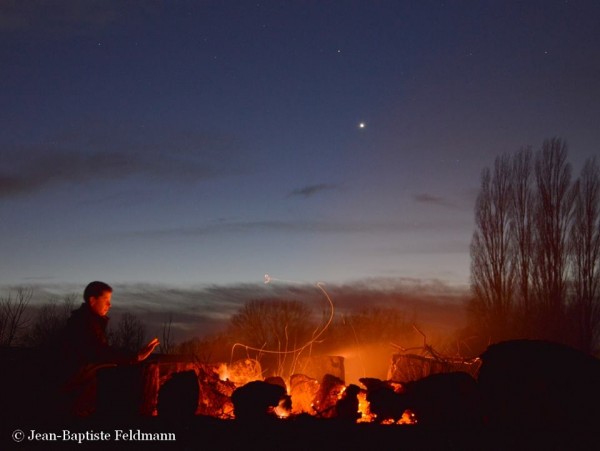 Isn’t this a cool image of the planets Venus (brighter) and Mars (above) in the western twilight sky? French photographer Jean-Baptiste Feldmann posted it at EarthSky Facebook over this past weekend (February 14-15, 2015).

It’s a beauty in and of itself and also because Venus and Mars are about to be amazing in the western sky after sunset. By this coming weekend, these two worlds will be at their closest since 2008. They won’t be this close again until 2017. What’s more, the moon is now coming back to the evening sky, and Venus and Mars and the waxing crescent moon will create some amazing sky scenes in the west after sunset, especially on February 20. Watch for them! 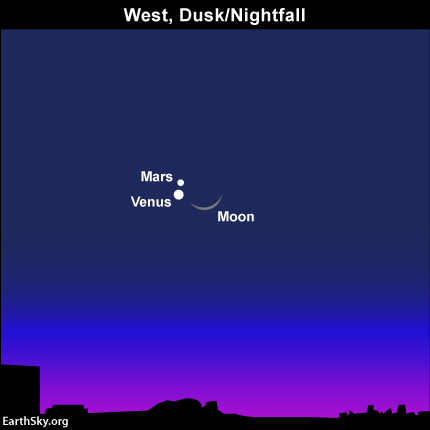 Bottom line: The planets Venus and Mars are about to be amazing in the western sky after sunset. Watch for them. And enjoy this cool selfie from Jean-Baptiste Feldmann in France!