See it! Photos of Venus-Mars conjunction

Venus is the brightest planet, and Mars is faint now. On November 3, 2015, they were closest until 2017. Watch the moon pass them later this week! 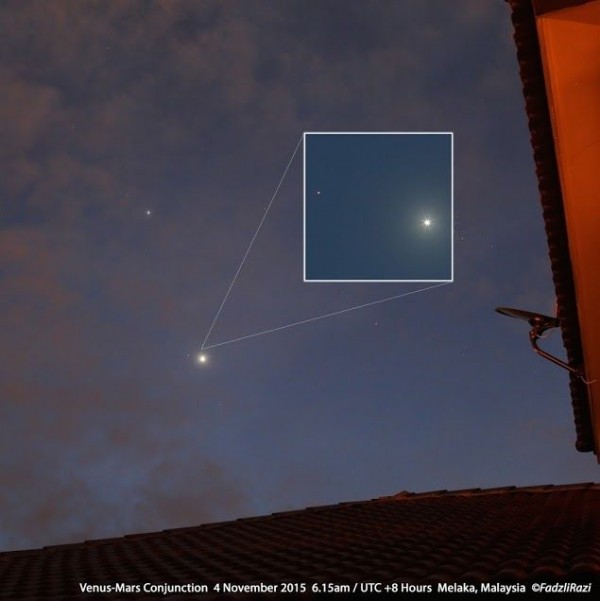 View larger. | Venus and Mars – with Jupiter nearby. The inset shows the Venus-Mars conjunction. Photo taken November 4, 2015 by Mohamed Fadzli in Malaysia. 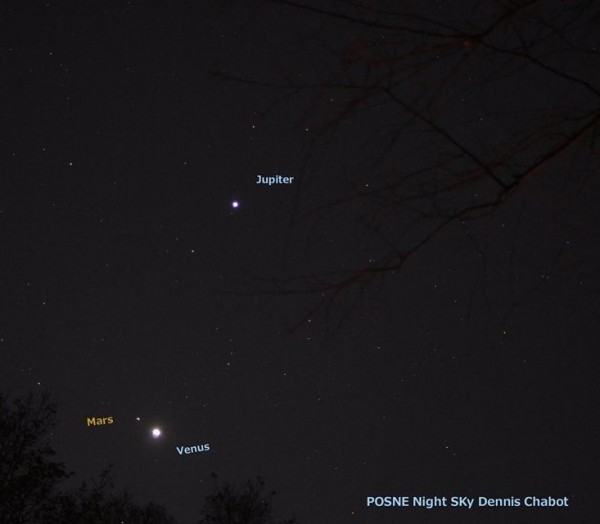 Planets on the morning of November 3, 2015, when Mars was closer to Venus than it will be again for a couple of years. In the photos on this page, you might have to look closely – near the brightest starlike object (Venus) – to see Mars. If you can spot it, notice Mars’ reddish color. Photo by Dennis Chabot. 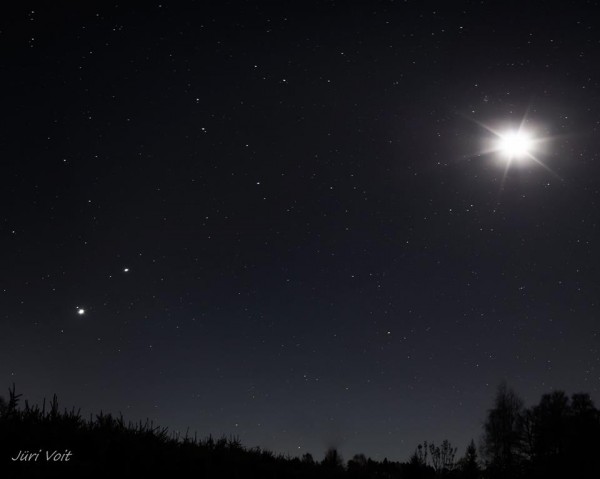 In this photo, taken from Estonia by our friend Jüri Voit on the morning of November 3, you can see the moon edging toward Jupiter, Venus and Mars. The moon is the bright one on the right. Jupiter and Venus are on the left. Venus is brighter than Jupiter. Mars is right next to Venus! 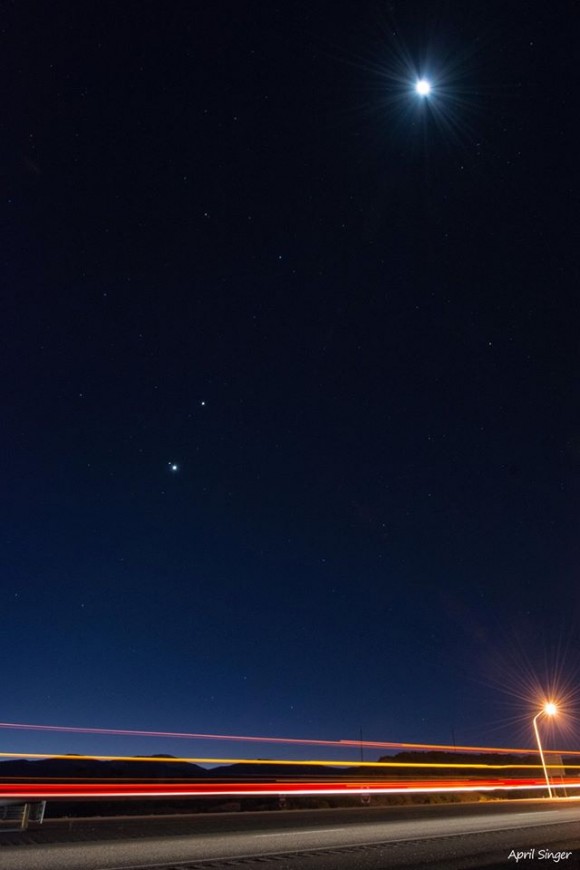 The moon creeping toward Jupiter, Venus and Mars on the morning of November 3, 2015. The moon will pass the planets from about November 5-7. Photo by April Singer in Pojoaque, New Mexico. 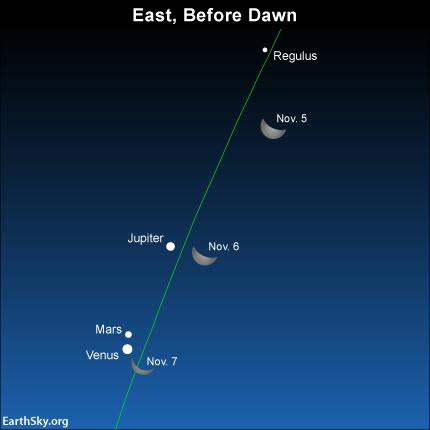 Watch for the moon to pass near these morning planets later this week. 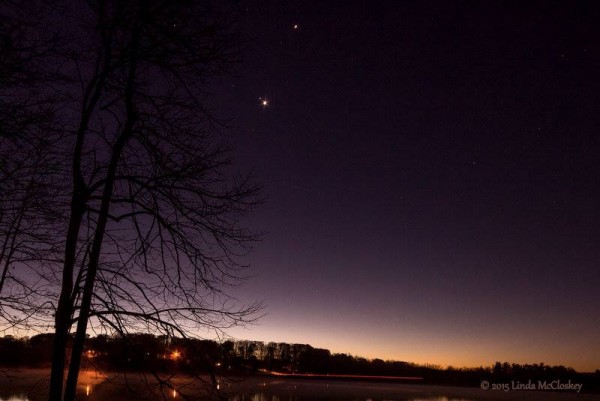 Mars and Venus in conjunction on November 3, 2015 – with bright Jupiter nearby – as captured by Linda McCloskey in western Pennsylvania. 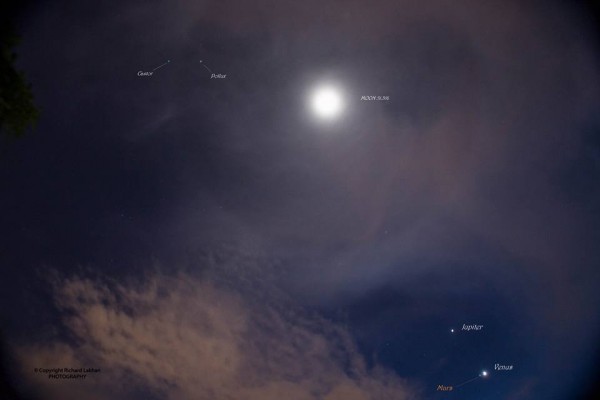 Mars, Venus and Jupiter held close together with a beautiful halo structure around the moon separating the twins Castor & Pollux. From San Fernando, Trinidad at 5:17 a.m. on November 3. Photo by Richard Lakhan. 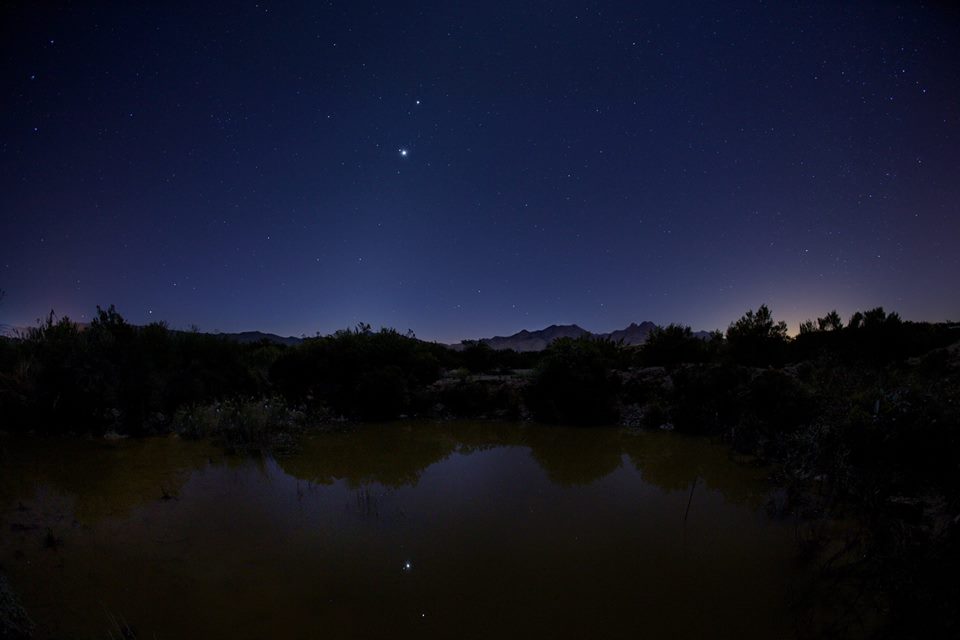 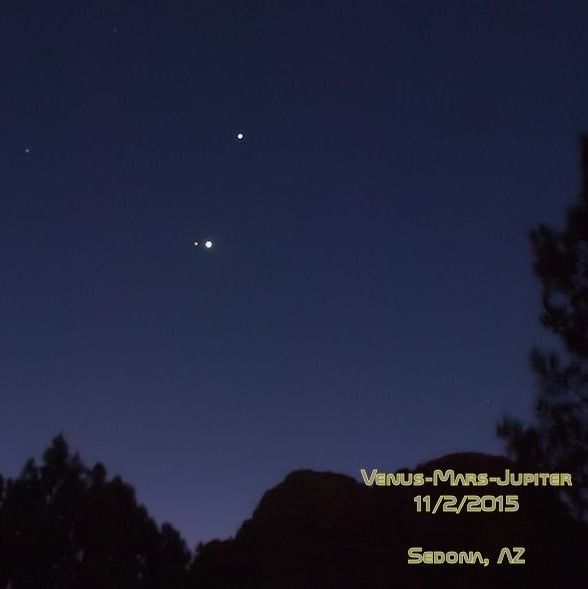 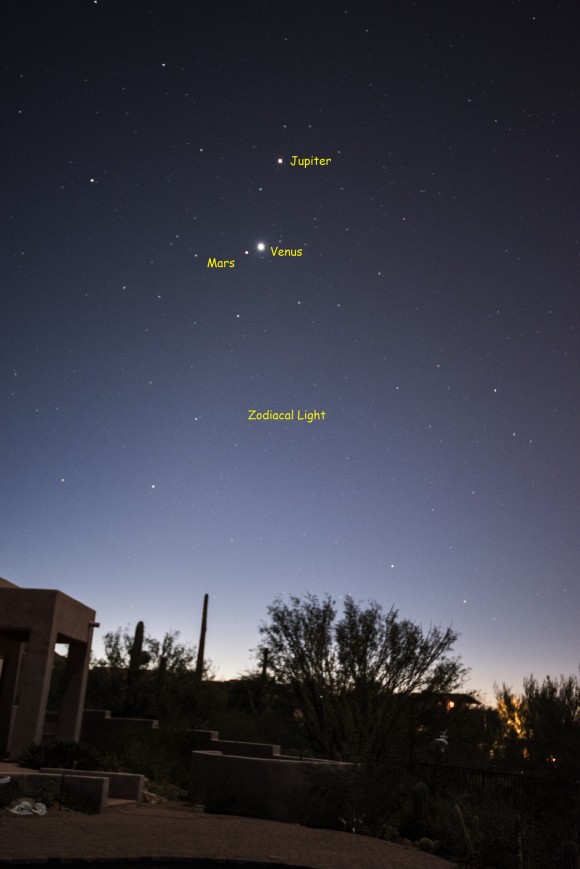 Planets on November 1 by Eliot Herman in Tucson, Arizona.