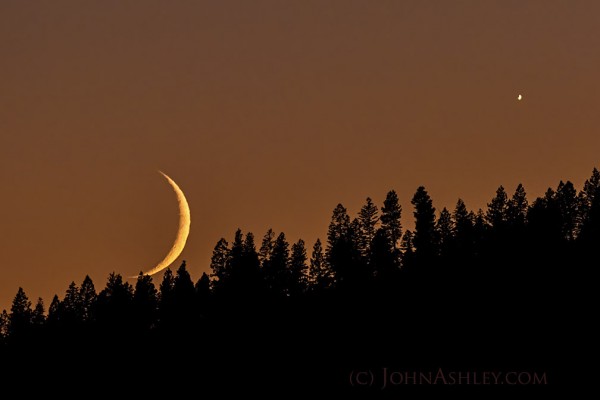 View larger. | Moon and Venus on July 18, 2015 by John Ashley in Kila, Montana. If you view larger, you can see both worlds are crescents as seen from Earth now. Read why Venus appears as a crescent now. 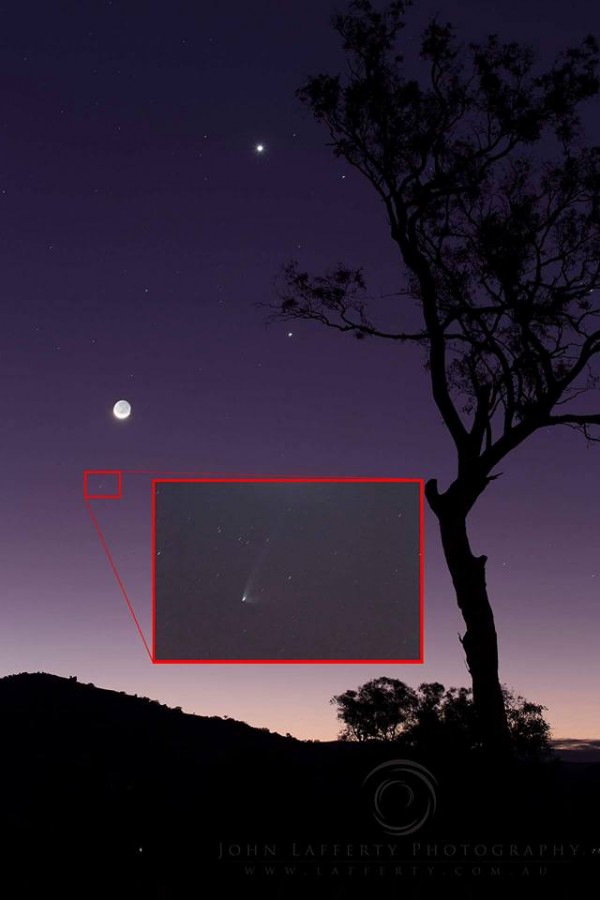 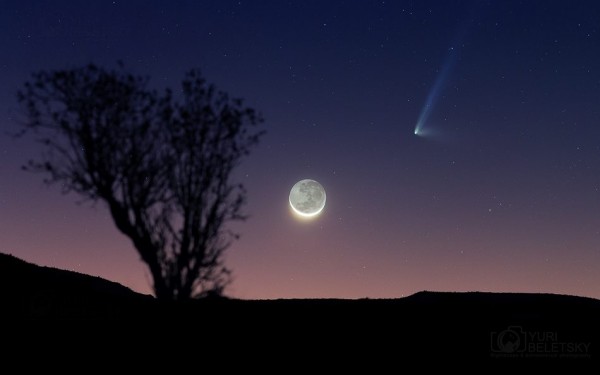 Moon and Venus, July 18, 2015, from Wayne Clingingsmith in Mountain View, California. Notice both are crescents now. 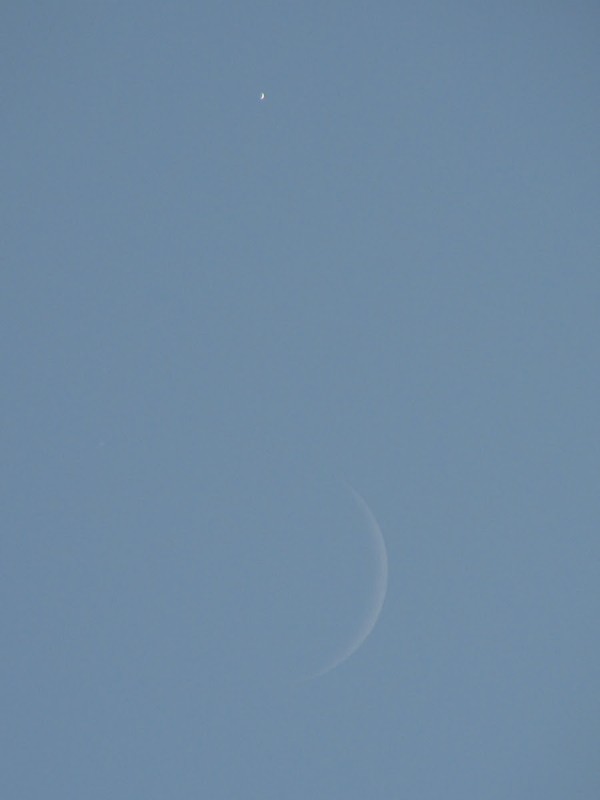 View larger. | Another view of the moon and crescent Venus on July 18, this one in daylight, from Spencer Mann in Davis, California. 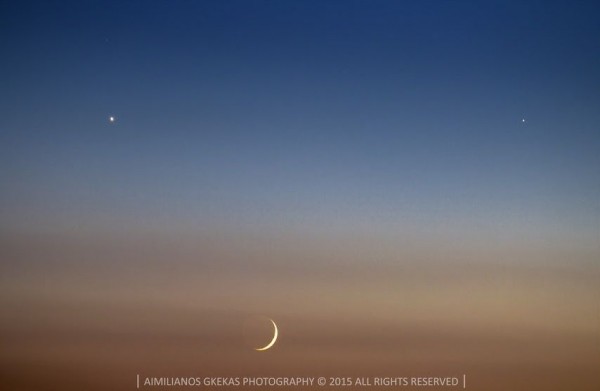 Venus (top left), Jupiter and the moon made a triangle as seen from some parts of the world on July 18, 2015. Aimilianos Gkekas submitted this photo to EarthSky. He caught the trio from a monastery known as Meteora – literally ‘suspended in the sky’ – in Thessaly, Greece. 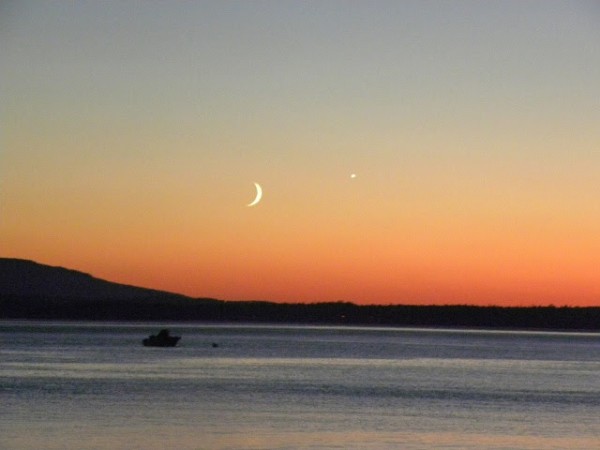 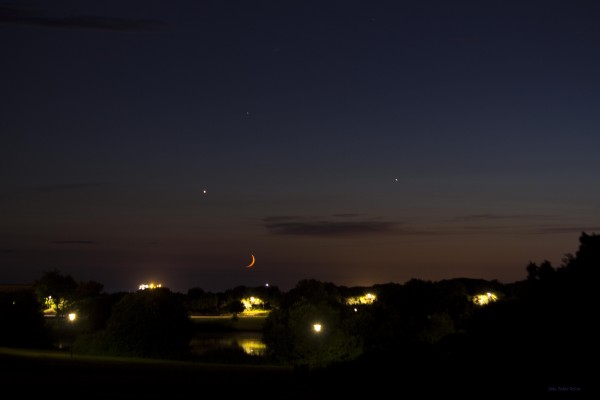 View larger. | Venus, Jupiter and the moon setting on July 18 as seen from Porto, Portual. The star above the planets is Regulus in the constellation Leo. Photo submitted by João Pedro Bessa. 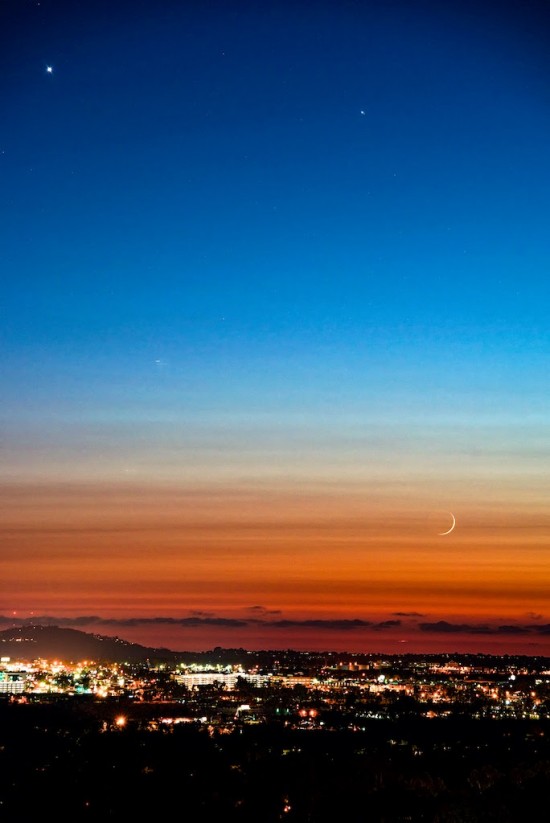