Posted by Deborah Byrd in Astronomy Essentials | Today's Image | May 8, 2017

They were the brightest objects nearly all night Sunday night, as seen from around the world. Here are a few photos from the EarthSky community. Thanks to all who submitted! 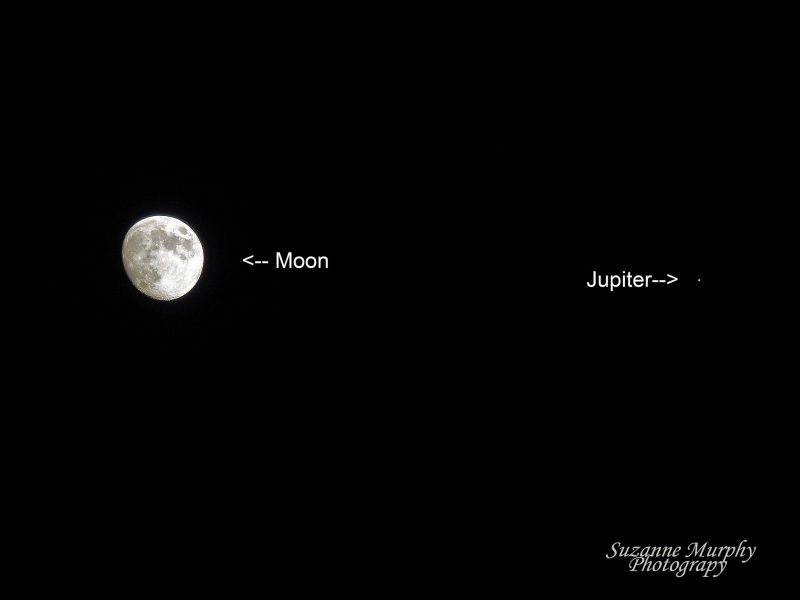 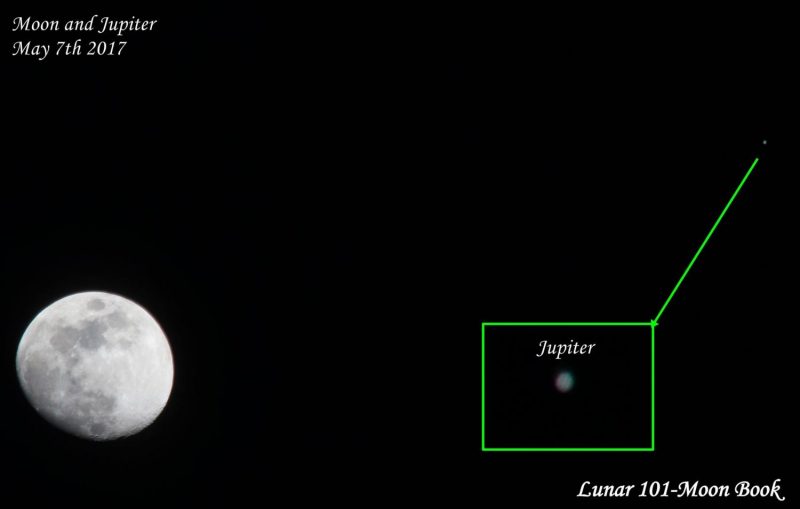 Our friend Lunar 101 Moon Book wrote: “I cropped out the image of Jupiter to enlarge. The south and north equatorial belts of the planet show in the enlarged image.” 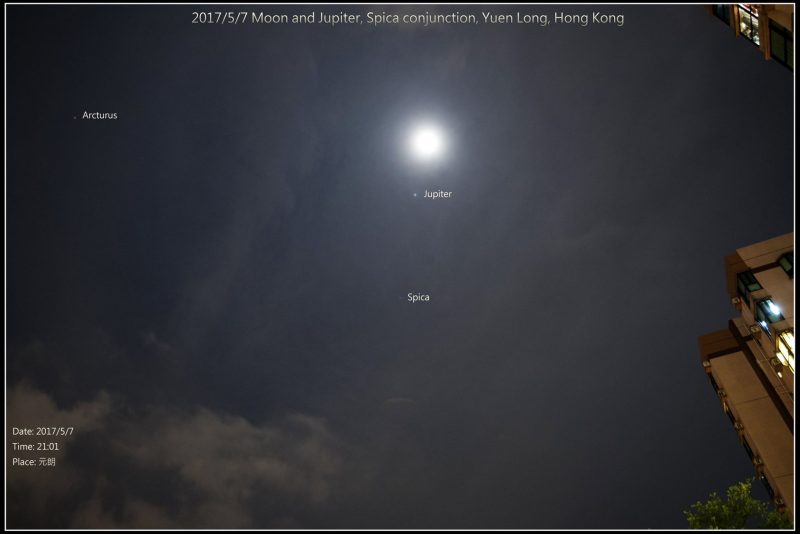 Matthew Chin caught the moon and Jupiter on May 7 from Hong Kong. The bright star Spica was also nearby on this night. Spica will be closer to the moon Monday night. 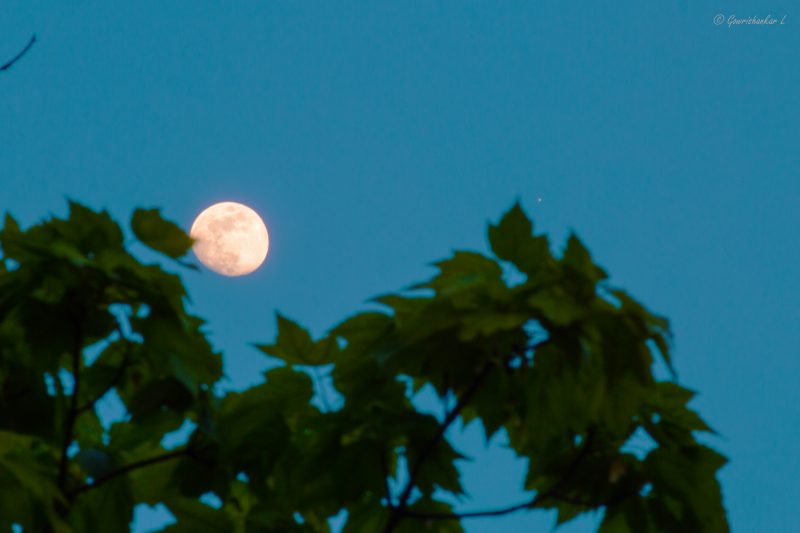 Gowrishankar Lakshminarayanan on Long Island, New York wrote: “It was a beautiful conjunction of the waxing gibbous moon (92%) and Jupiter during the sunset. The presence of enough ambient light allowed me to capture the oak tree in the foreground, along with the moon and Jupiter in the background.” 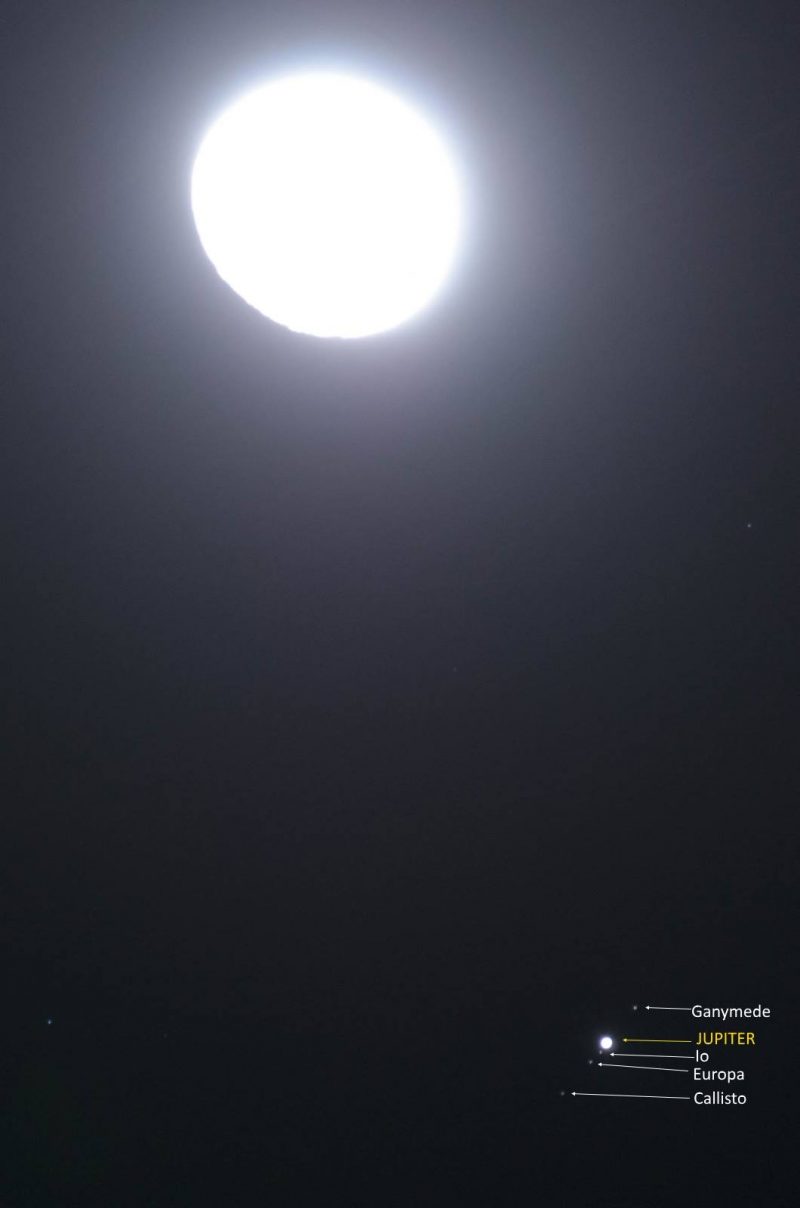 Dennis Anastassiou in Greece also captured Jupiter’s moons on May 7. In the background you see a lens flare – an internal reflection from Dennis’ camera – caused by the bright moon nearby. 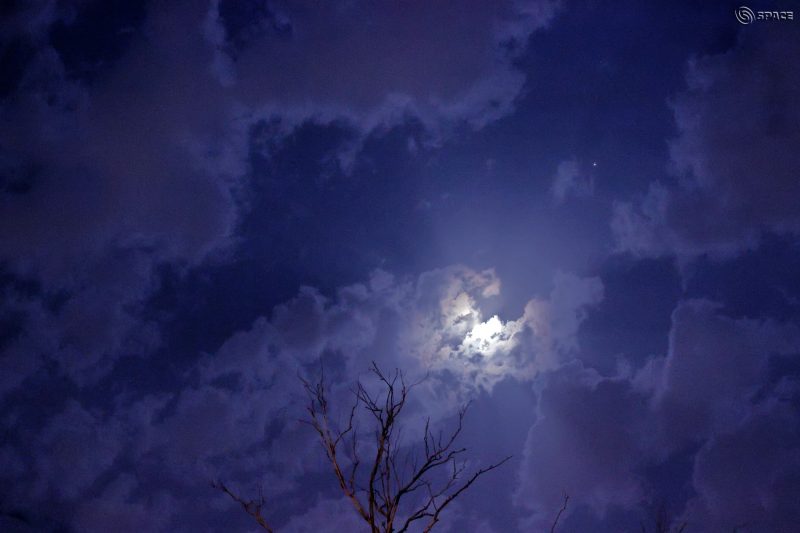 May 7, 2017 moon shining through clouds, with Jupiter above! Photo by Chander Devgun. 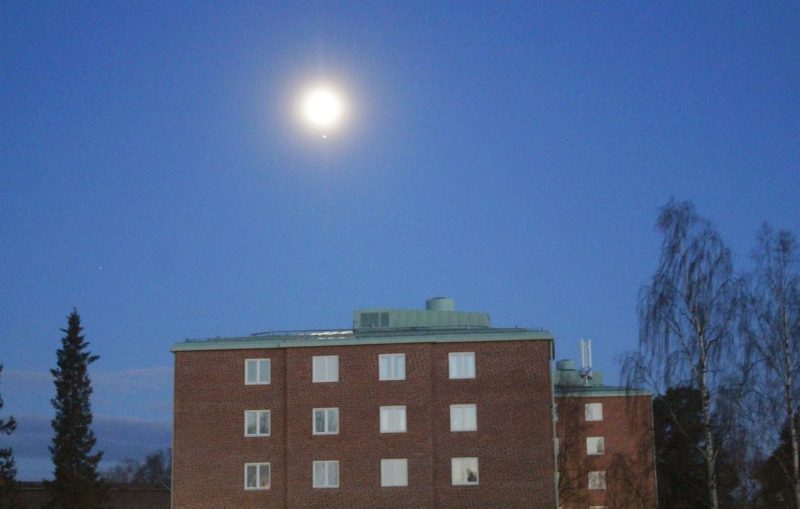 Jupiter in the moon’s glare, at midnight, in northern Sweden – land of the midnight sun – on May 7, 2017 from our friend Birgit Bodén. See how bright the sky is at midnight? Yes, summer is coming to the Northern Hemisphere …

Bottom line: Photos from the EarthSky community of the moon and Jupiter on May 7, 2017.