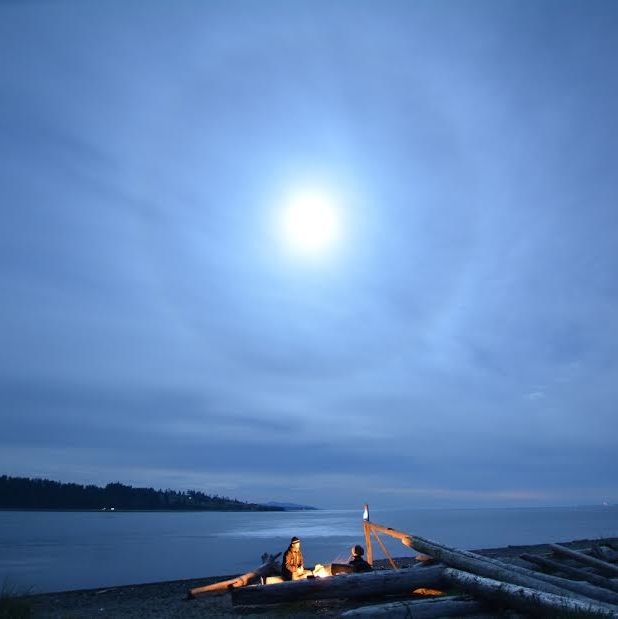 Hello and good morning to u!
Truly one of my best wild life experiences ever while photographing the moon. I had to keep stopping taking photographs because Smokey my dog was swimming with the whales 30 feet off shore and would not come back to land. I was stuck between exhilarated and freaked out as I could see the whales breaching near Smokey, she would look at me when I called her but kept swimming with the whales. The whales were feeding at the very low tide, as I had come out to photograph the bio-luminescence in the water but never made it past that harvest moon halo. After I had finished taking photographs Smokey and I were again standing next to the water listening for more whales and a huge sea lion jumped out of the water 20 feet from us. It was an awesome night out on the shore of Vancouver Island.
Cheers James Younger

Thank you! Your submission has been received!
Oops! Something went wrong while submitting the form.
END_OF_DOCUMENT_TOKEN_TO_BE_REPLACED