See it! Best pics of full moon and Jupiter

An awesome gallery of photos of Jupiter and the full moon on February 3-4, 2015. Photos by EarthSky friends. Thank you all!

What a sight … the full moon coupled up with Jupiter on the night of February 3-4, 2015. Thank you to all the EarthSky friends from around the world who shared photos with our community. 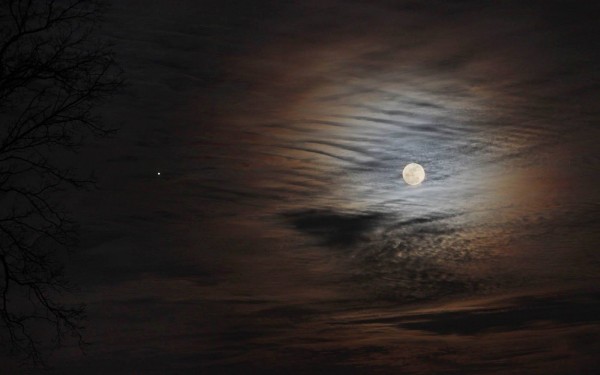 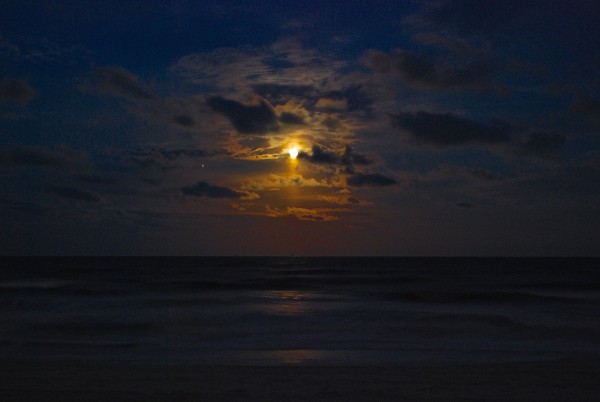 The moon and Jupiter on February 3 – over Atlantic Beach, Florida – posted to EarthSky Facebook by Eve Baker. 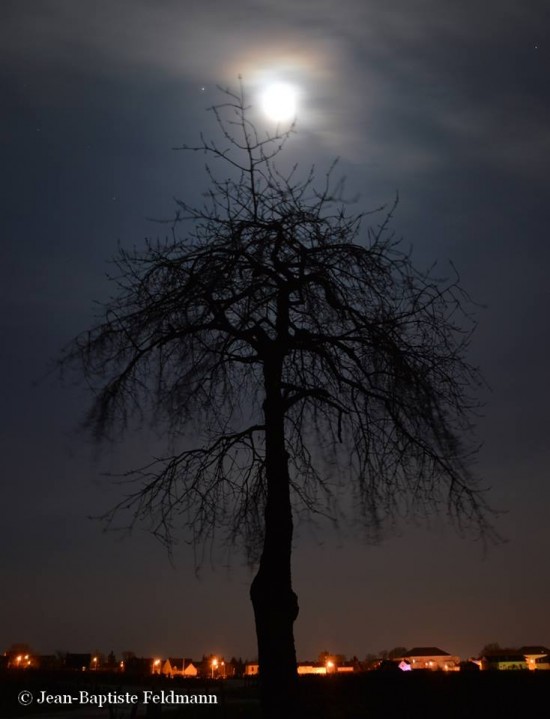 Full moon and Jupiter on February 3, as captured by Jean-Baptiste Feldmann in France. 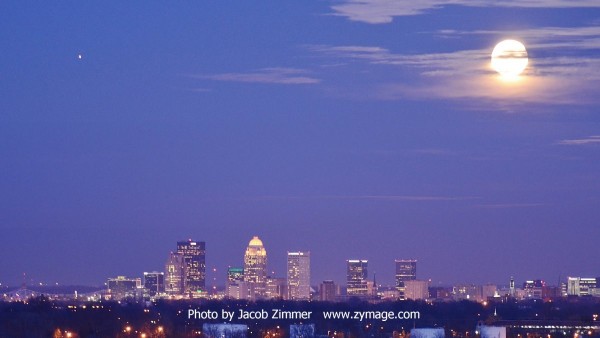 Our friend Jacob Zimmer posted this photo of the moon and Jupiter on February 3, over Louisville, Kentucky. 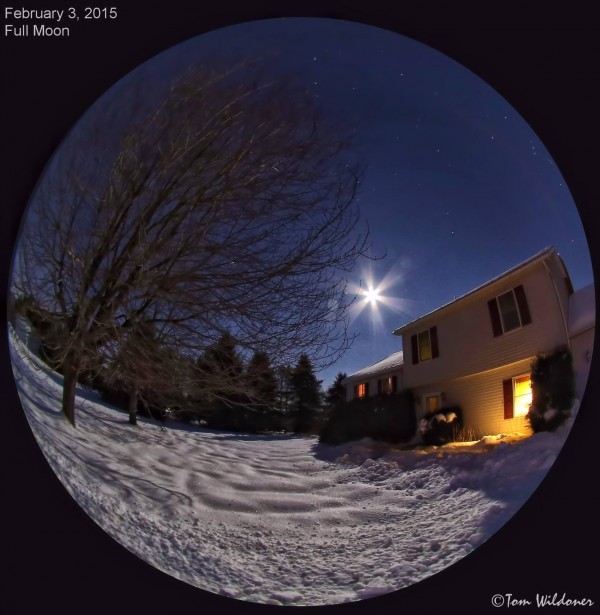 One of our favorite sky photographers, Tom Wildoner, tried out his new fisheye lens on the February 3 moon and Jupiter. Cool, Tom! 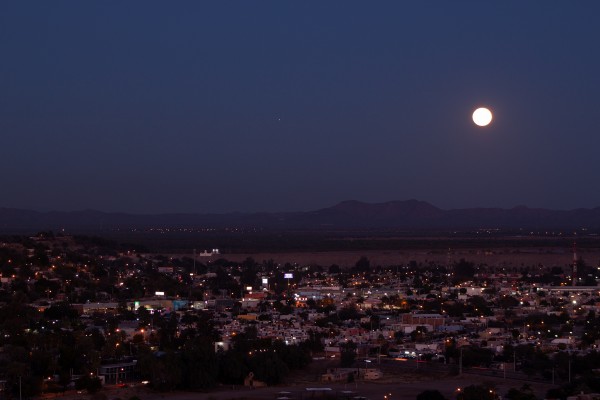 Hector Barrios in Hermosillo, Mexico submitted this photo of the moon and Jupiter on February 3, 2015. Thank you, Hector! 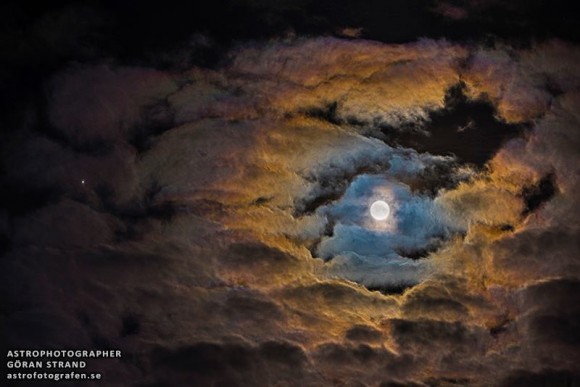 Our friend Göran Strand in Sweden wrote, “Tonight the moon and planet Jupiter are 7.5° apart in the sky and they make a lovely couple to watch … The light from the full moon is lighting up the clouds and coloring them in beautiful colors.” 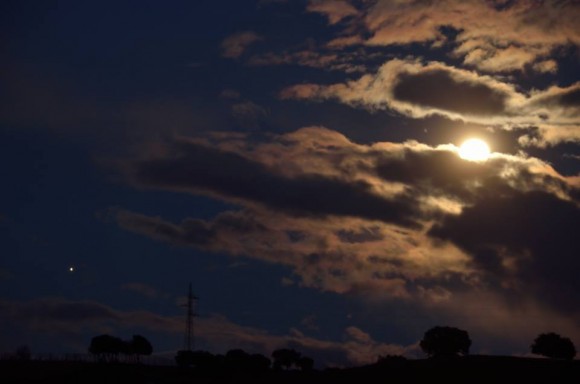 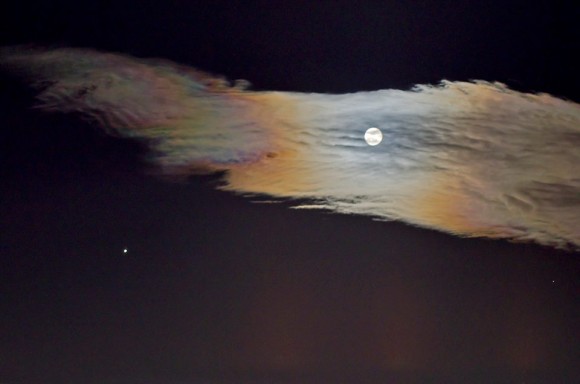 The February 3, 2015 full moon with Jupiter – plus iridescent clouds – shot in Greece by our friend Nikolaos Pantazis 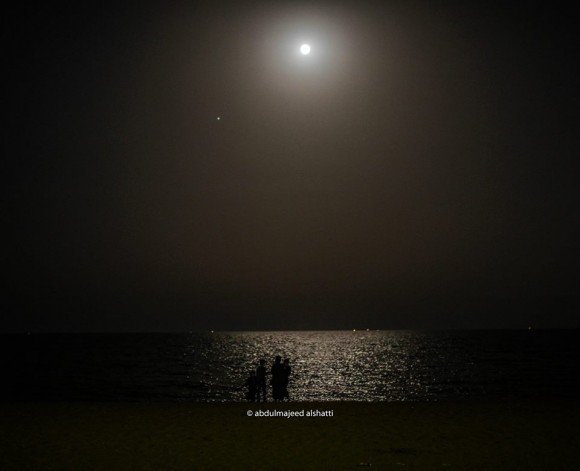 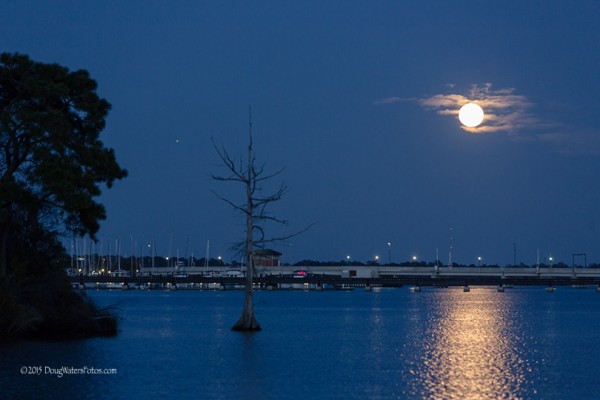 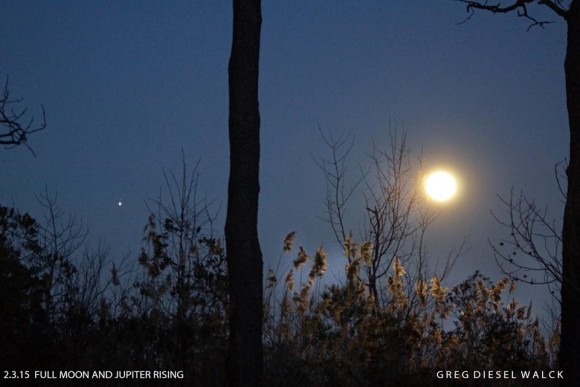 Dave Walker in the UK contributed this photo of the February 3-4 moon and Jupiter. View larger, and you can see some of Jupiter’s moons. 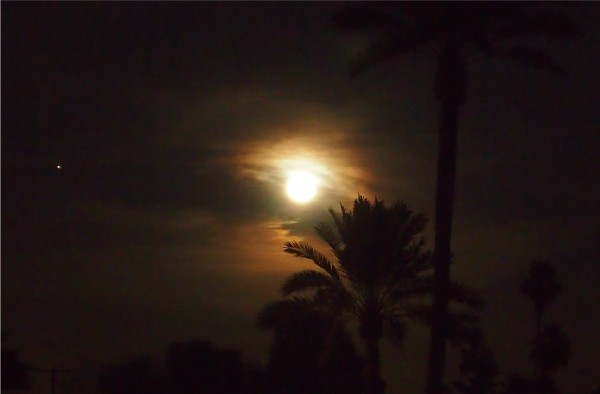 David Jamieson in Phoenix wrote: “Saw this magical moonrise with Jupiter through the palms last night.” Thanks, David! 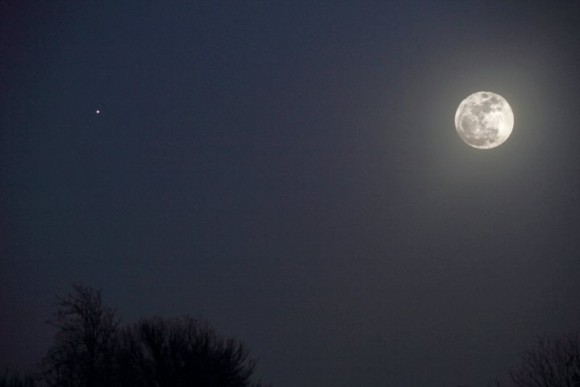 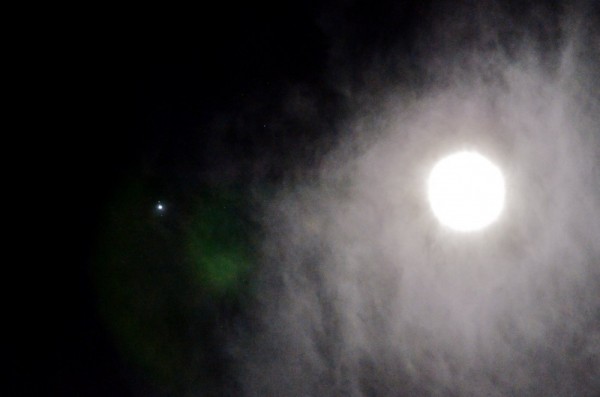 Tere Vazquez Ctñ caught the moon and Jupiter from Queretaro, Mexico. If you view larger, you can see a couple of Jupiter’s moons here, too. 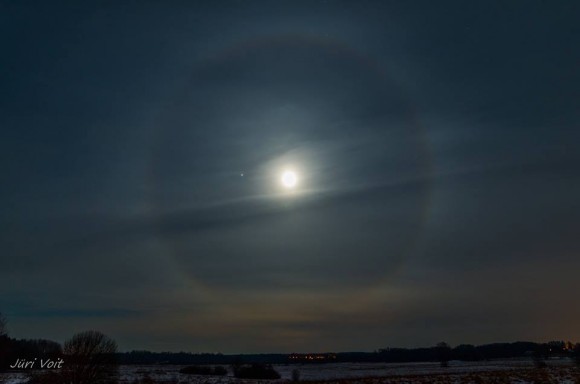 Jupiter and full moon in a ring of light, otherwise known as a lunar halo, February 3, 2015. From Estonia, by EarthSky Facebook friend Jüri Voit. 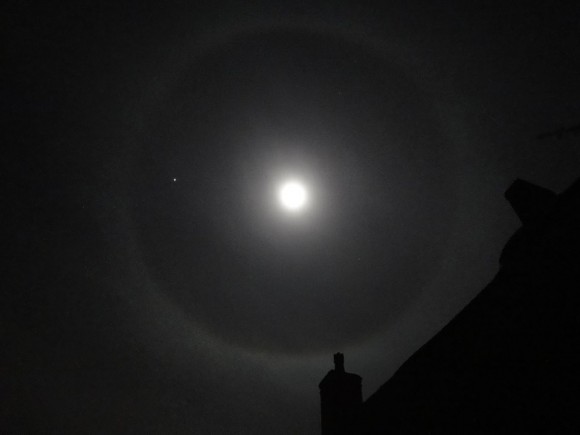 Bruce Wollard: Tarrant Launceston, Dorset, UK wrote “I went out with the dog at 11 p.m. and noticed a dramatic halo around the moon and a bright light to its left which is Jupiter.” 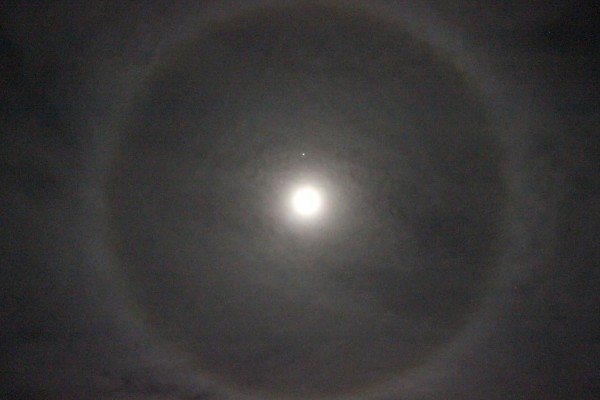 Patrick Prokop submitted this photo and wrote: “The moon and Jupiter at 1 am EST from Savannah, GA, Feb 4, 2015. A thin veil of high thin cirrus clouds resulted in a beautiful ring-around-the-moon with Jupiter just above the moon. Camera settings: Canon T2i, lens:18 mm, ISO 6400, F/4.5 … 1/10 sec exposure.” Thanks, Patrick!

Bottom line: Did you see dazzling planet Jupiter near the full moon on the night of February 3-4, 2015? If you missed them, here’s an awesome gallery of photos by EarthSky friends! Enjoy!