See it! Best photos of moon and Venus

A beautiful sky just after sunset on January 21, 2015! The moon, the bright planet Venus and, for some, the planets Mercury and Mars. Yay! Venus is back.

View larger. | Mohamed Laaïfat Photographies in Normandy, France caught the little planet Mercury, too, along with the moon and Venus, on January 21.

The planet Venus was in the morning sky for most of last year, and it was in our evening sky – but low in the sky and not noticeable in December, 2014. Now Venus is back! It’s that very bright object in the west just after sunset each evening. On January 21 and 22, 2015, the moon is moving up past Venus in the west after sunset. These photos are from EarthSky friends on Facebook and Google+. Thank you to all who posted!

Wondering about Thursday night’s view of the moon and planets? Check out this link, and see the chart at the bottom of this post. 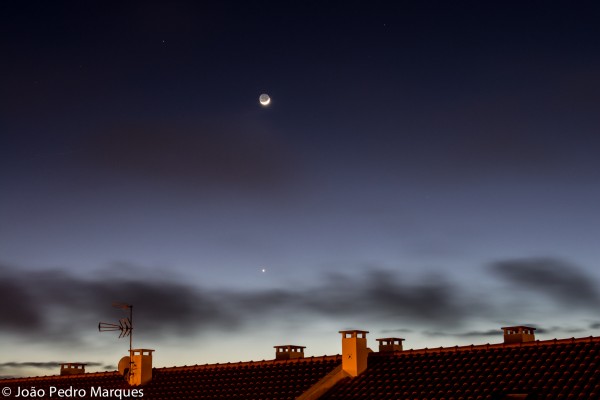 João Pedro Marques caught bright Venus and the waxing moon on the evening of January 22, 2015, from Portugal. The reddish “star” above and to the left of the moon is Mars. Can’t see it? View larger. 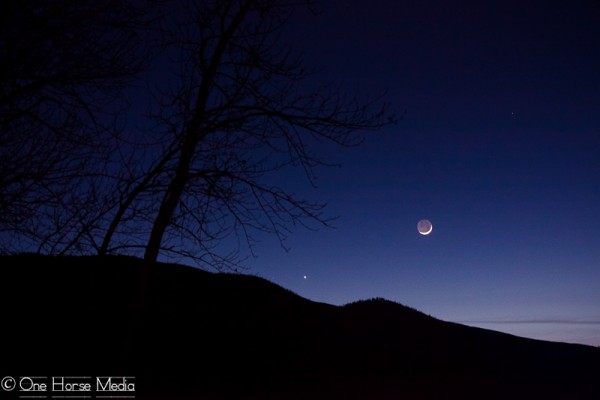 One Horse Media in Lolo, Montana wrote: “What a cool moon and view of Venus this evening! I was happy to have just enough time to take a few photos as soon as I got home!” 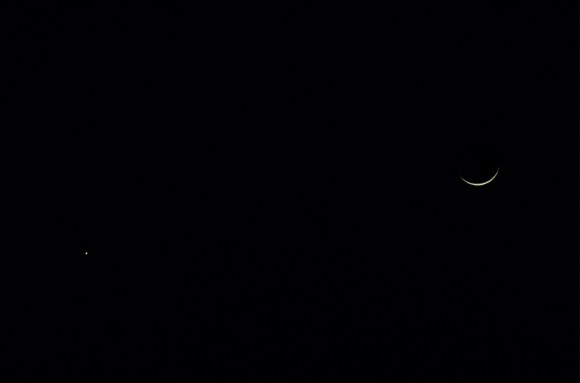 Moon and Venus from Los Angeles, California. Richard Brown got this shot on January 21, at 7:10 p.m. He wrote, “After finishing a portrait shoot, I noticed this event above my ‘daylight stage.’So, a change of lenses and a quick shot.” 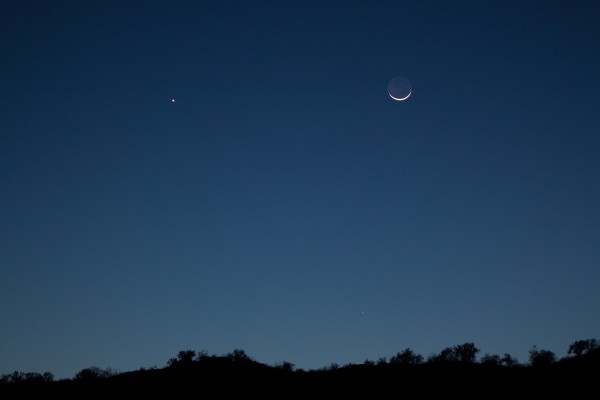 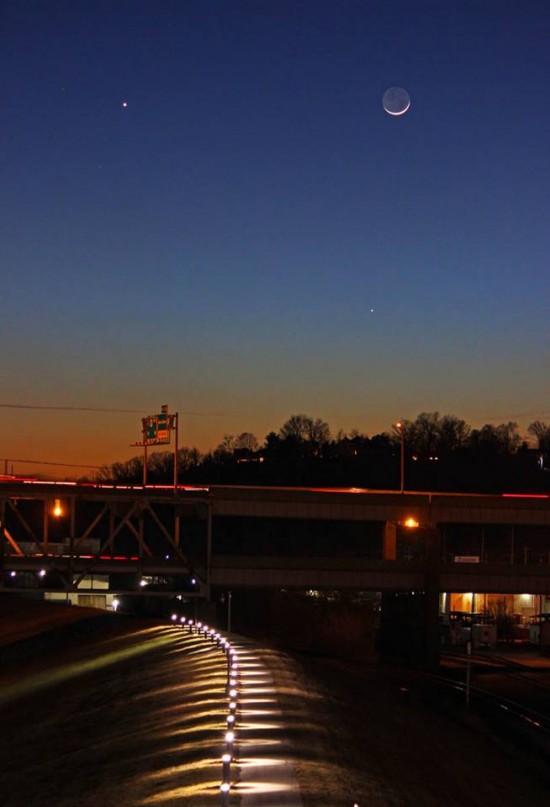 Venus (above), the moon, and Mercury (below) over a lighted walking path on the flood wall in New Albany, Indiana, via EarthSky Facebook friend Duke Marsh. 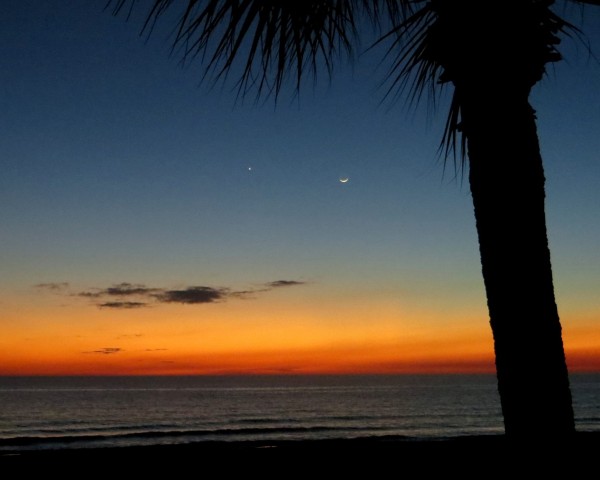 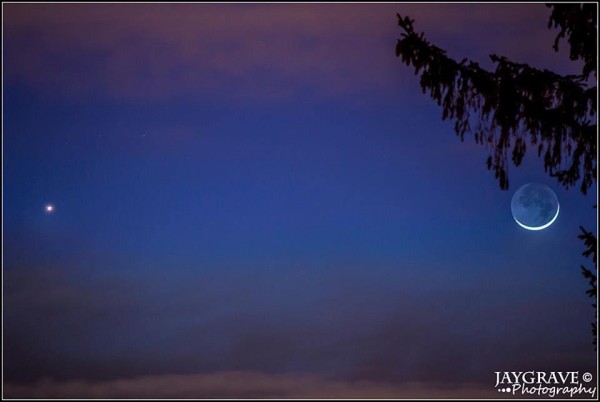 Venus and moon on January 21, 2015 as captured by John Gravell in Everett, Massachusetts. 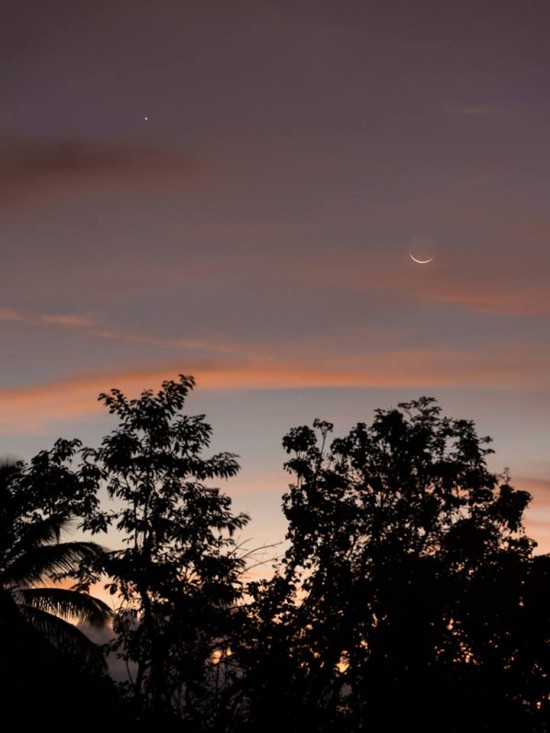 A view of the moon and Venus on January 21 from Adam Stinton in the West Indies. 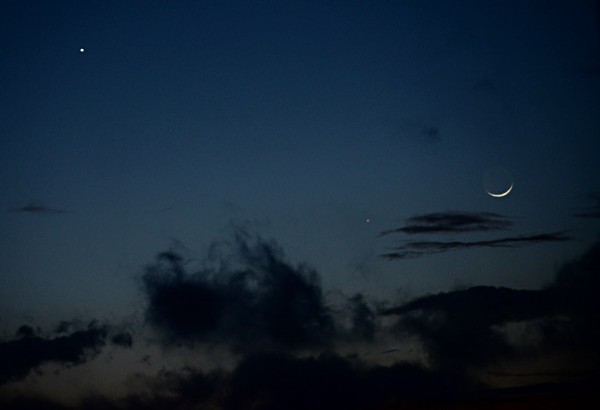 The dance of Venus, Mercury and a tiny moon, just after sunset on January 21, 2015, from Matera, Italy. Photo by Nicola D’antona of the Osservatorio Astronomico Università di Siena. 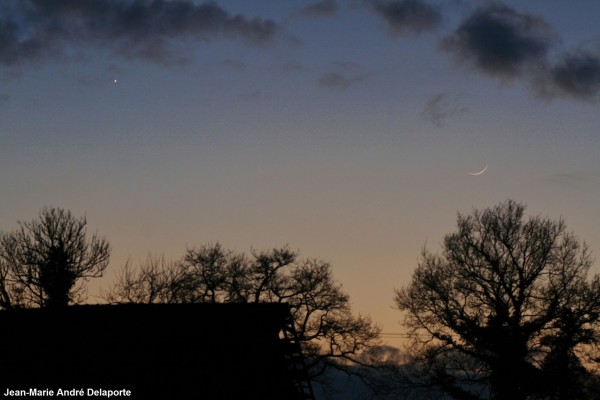 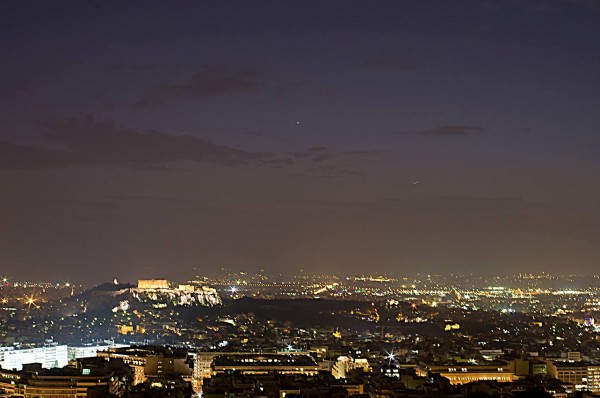 View larger. | Nikolaos Pantazis in Athens, Greece caught the moon just as it was becoming visible on January 21, 2015 – as it was pulling away from the sunset glare – from Athens, Greece. 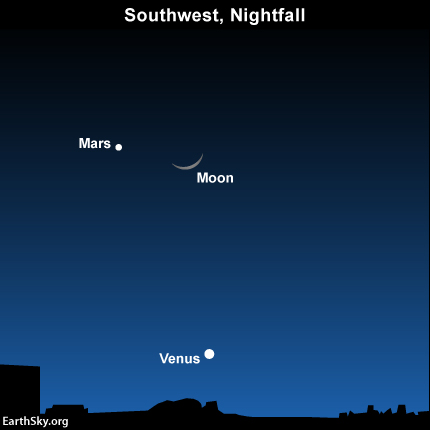 By Thursday evening, January 22, the moon will be above Venus in the west after sunset – near Mars!

Bottom line: A beautiful sky just after sunset on January 21, 2015! The moon, the bright planet Venus and, for some, the planets Mercury and Mars. Yay! Venus is back. Thanks for our friends on Facebook and G+ for these wonderful photos.