Many commented that the 2014 Geminid meteor shower was the best meteor shower they’d seen in awhile. Thank you to all who posted photos! 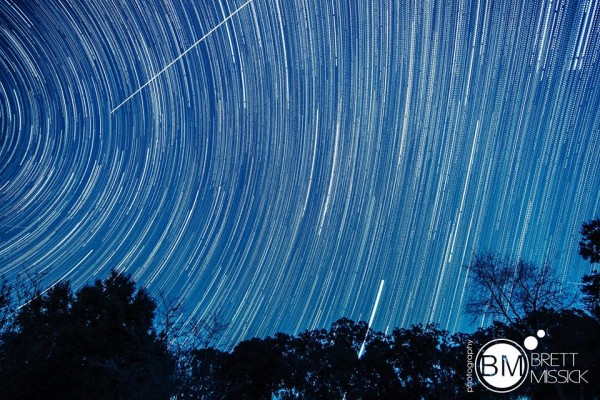 Star trails and the long streak of a Geminid meteor, by Brett Missick Photography. 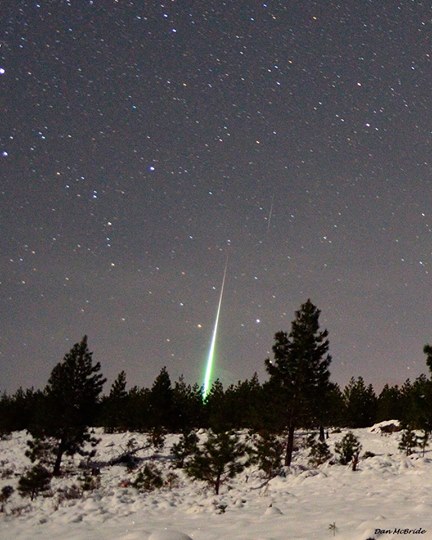 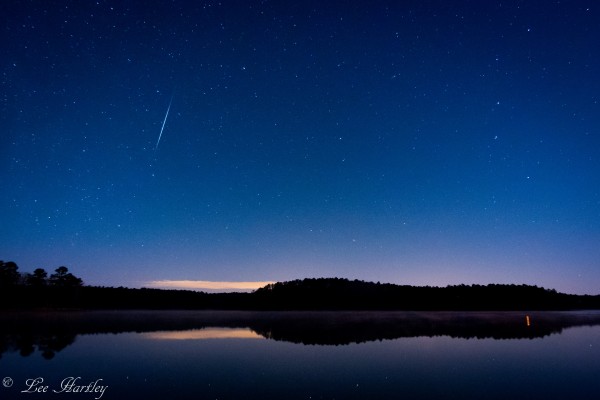 Lee Hartley caught this Geminid meteor on the night of the shower’s 2014 peak. 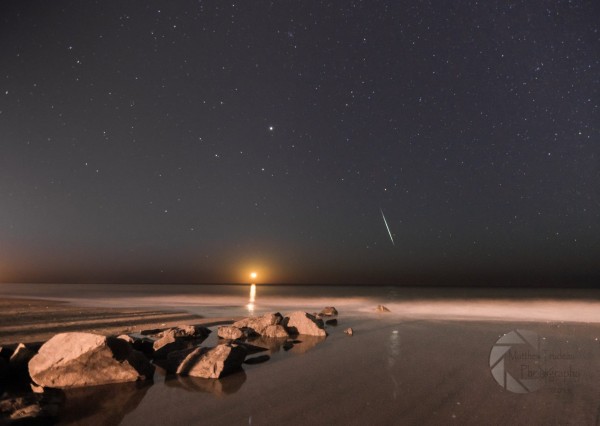 The moon and a Geminid meteor, over Myrtle Beach, South Carolina, by Matthew Trudeau Photography.

Robert Milton saw this Geminid fireball behind clouds, over a wind farm in the Bay area. 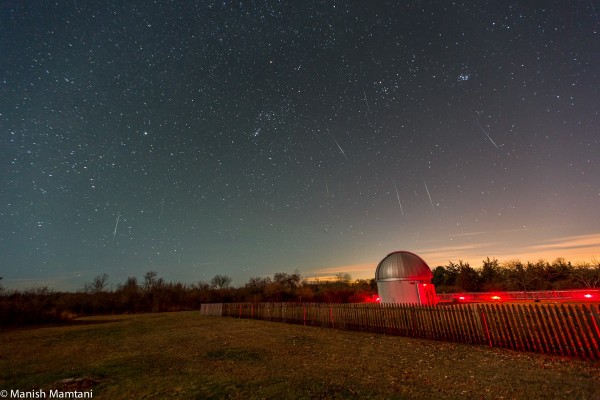 Manish Mamtani caught this Geminid meteor on the night of December 13, 2014. He was at Frosty Drew Observatory and Sky Theatre in Charlestown, Rhode Island. 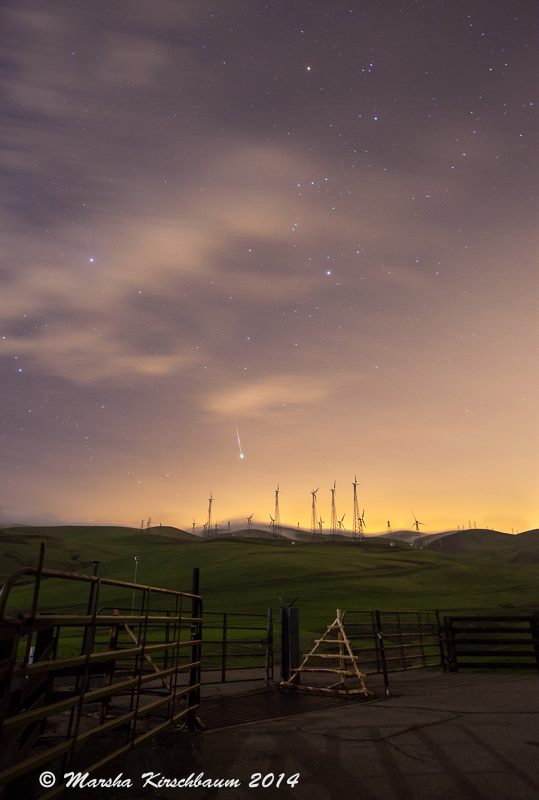 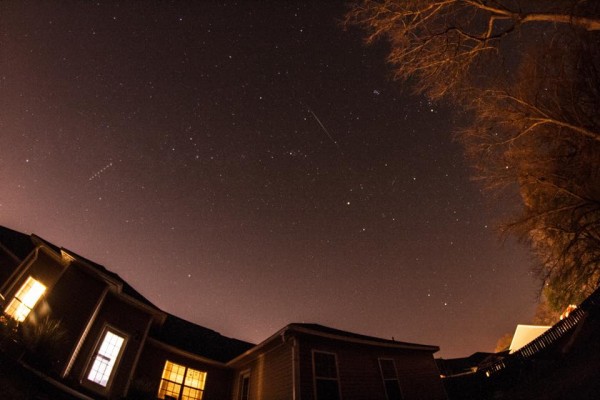 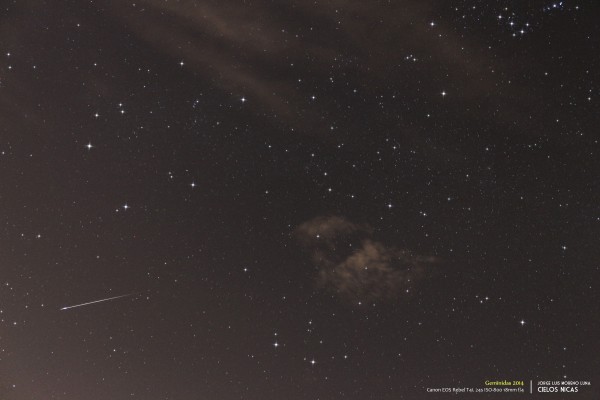 Jorge Luis Moreno Luna wrote: “This is my first Geminid, I’m very impressed by the considerable size of it and then left a trail in its wake. The picture was taken on the first public observatory of Nicaragua ONA (Observatorio Neil Armstrong) with the company of the scientist Jaime Incer Barquero (founder of the first Astronomy group on the country) and other friends.” 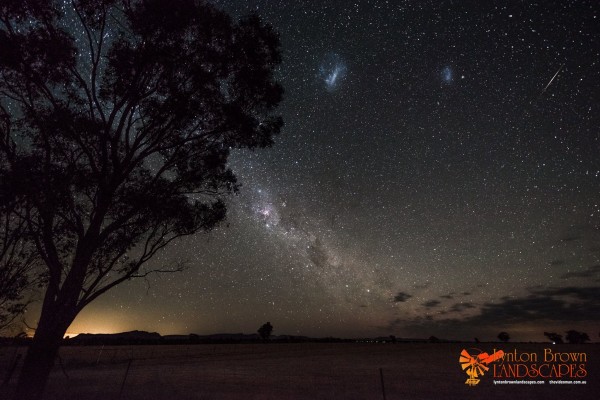 Wondering if this meteor shower can be seen from Earth’s Southern Hemisphere? Lynton Brown in Horsham, Australia captured this Geminid meteor on the morning of December 14, 2014. He wrote: “I took several 30 sec exposures over a 10 minute period, meteors were in every shot but this was one of the brighter streaks.” 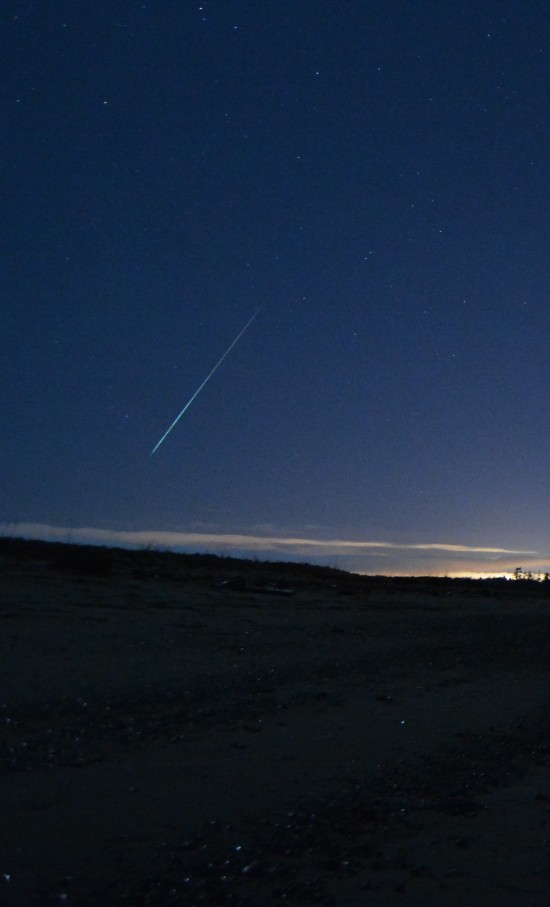 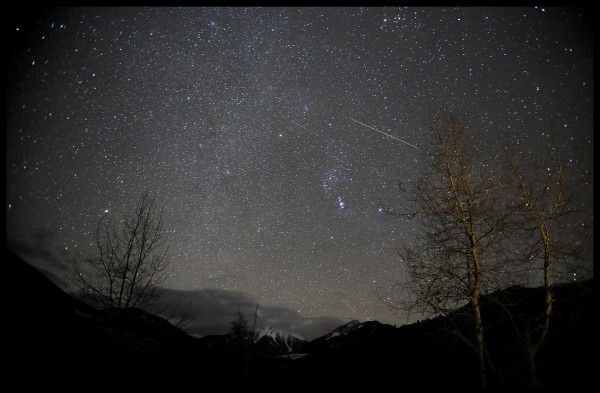 Robert Ede in British Columbia, Canada, wrote: “The clouds cleared for the Geminids. I went out early before the moon was up. Three meteors can be seen. Two streaking through Orion. All pointing back towards their namesake, Gemini.” 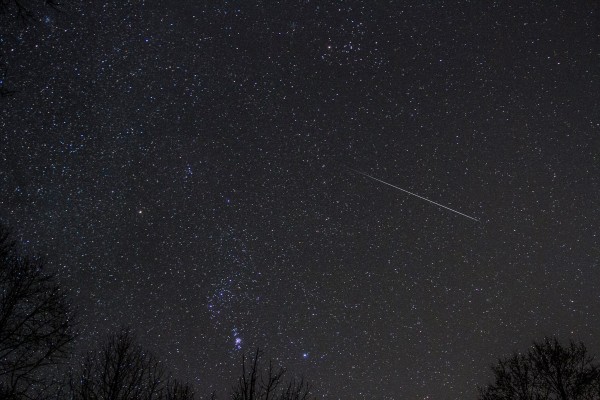 Scott Kuhn wrote: “Geminid meteor shower tonight, one of the best showers I have seen in a while, taken in Eton, Georgia.” 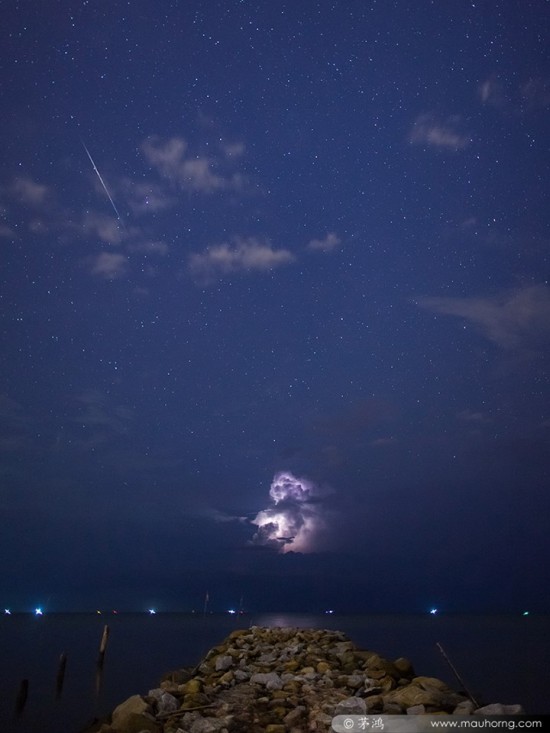 Mau Horng caught a Geminid meteor with lightning at Balik Pulau, Penang, Malaysia. He wrote: “If seeing a meteor is considered lucky, what about a meteor captured with lightning!” 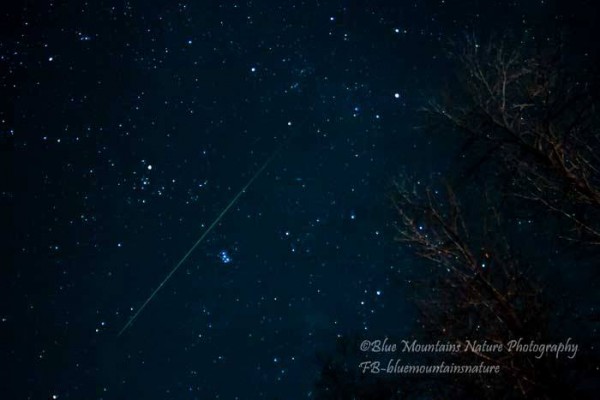 Larry Patterson caught this Geminid passing above the star cluster Pleiades – also known as the Seven Sisters – as seen from central Virginia. 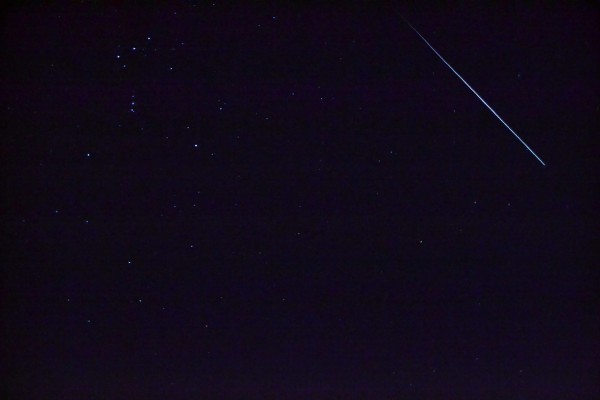 Everything you need to know: Geminid meteor shower: Peak viewing was Saturday night and Sunday morning, but, if you look in a dark sky late tonight until dawn Monday, you might still catch a stray Geminid.