Bright supermoon washed out all but the brightest meteors in this year’s Perseid meteor shower. But we do have some nice pics, thanks to you … 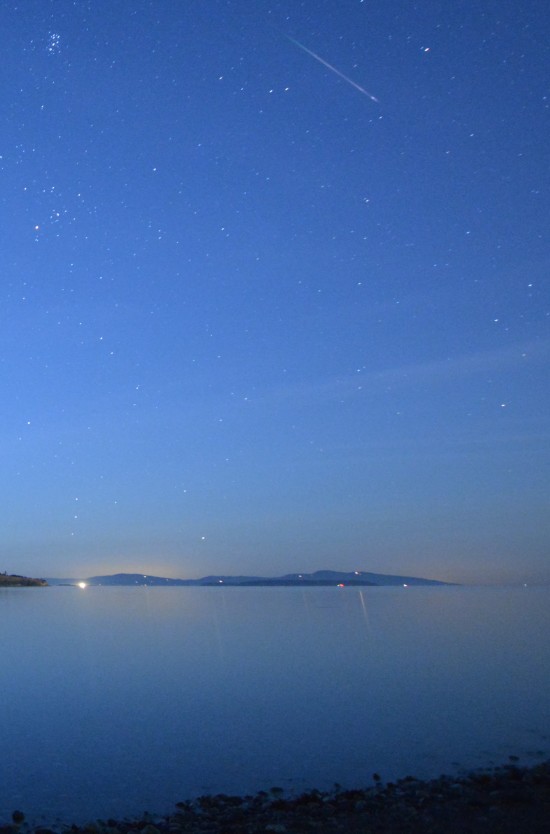 Perseid meteor. Notice the Pleiades and Hyades star clusters – a dipper-shaped pattern and a V-shaped pattern – on the photo’s upper left. Thank you to James Younger in Saanichton, British Columbia, Canada, who captured this beautiful shot on August 9, 2014. 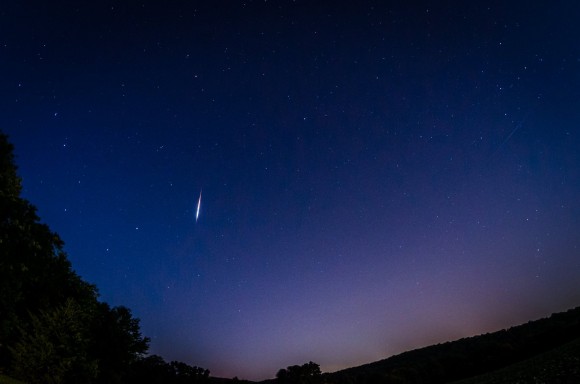 Liz Benek in Pennsylvania caught this very bright meteor, likely a Perseid fireball, on the morning of August 13. She wrote: “This was one of the BRIGHTEST meteors I’ve seen in my life… it brought tears to my eyes and made my heart skip… to the right of the shot is a second meteor … “ 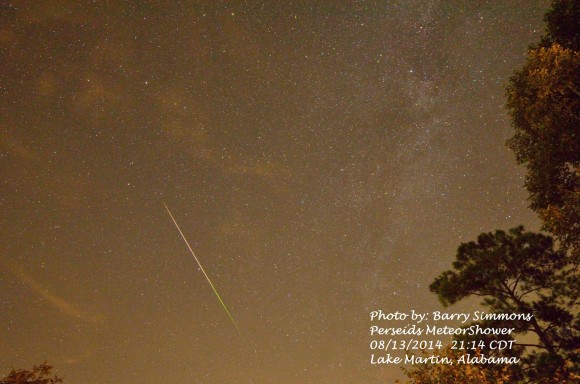 Barry and Nanette Simmons caught this earthgrazer on the evening of August 13. wrote: “For us, clouds and storms interfered with viewing during the early mornings of 11, 12 and 13 Aug. Captured this the night of the 13th before the moon came up and washed things out.” 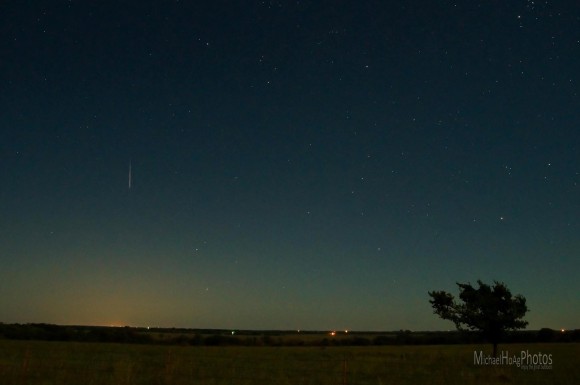 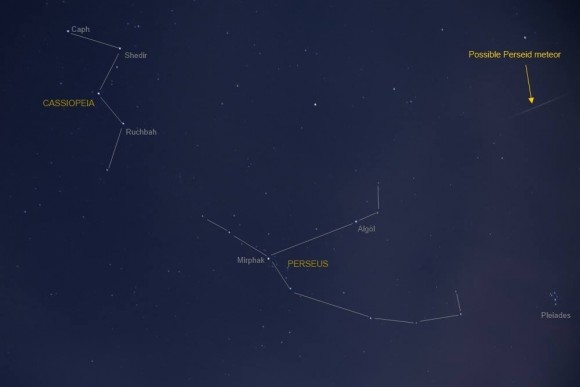 Annie Lewis in Spain wrote: “With the bright moon and a thin cloud cover most of the time, it wasn’t the best night for watching meteors here in Madrid. I saw two and got another one with the camera.” 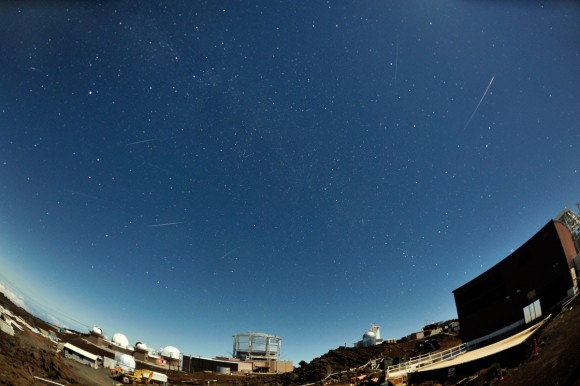 Rob Ratkowski was at Haleakala Observatory on the island of Maui in Hawaii when he composed this image of meteors flying on the morning of August 13. They don’t all appear to be coming from the same point in the sky. Maybe some Perseids and some Delta Aquarids? 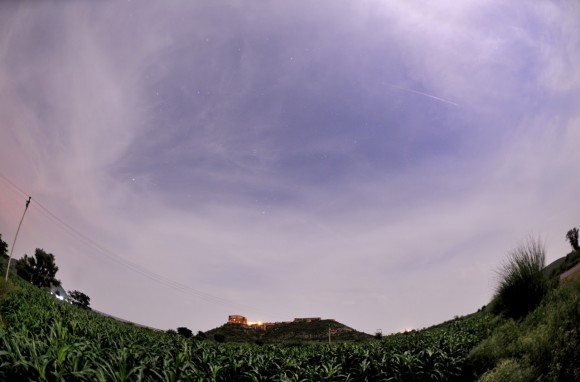 Faint Perseid in upper right of this photo. Abhinav Singhai wrote: “Perseid meteor over Tijara Fort, Rajasthan, India. I feel I’m very lucky to capture even one meteor, especially with the big moon and awful weather full of thin clouds.” And we feel lucky you sent us your photo, Abhinav. Thank you!

We’re also grateful to the Sociedad de Astronomía del Caribe (Astronomical Society of the Caribbean) for the video below, showing a 2014 Perseid fireball.