Sea ice and cloud streets in Sea of Okhotsk

Cloud streets are long rows of cumulus clouds, oriented parallel to the direction of the wind. 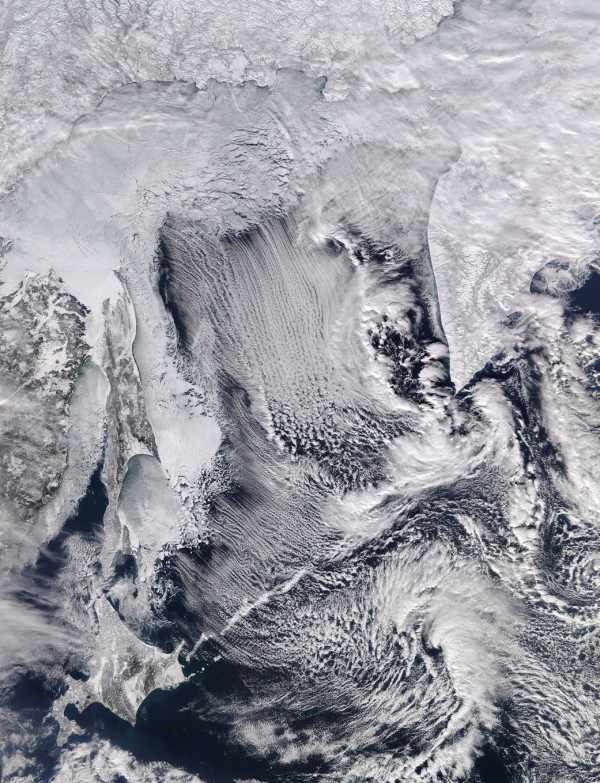 NASA’s Aqua satellite captured this image of cloud streets and sea ice in the Sea of Okhotsk on Feb. 8, 2016. Image via NASA/ LANCE/EOSDI.

Have you heard of cloud streets? NASA says:

They are long parallel bands of cumulus clouds that form when cold air blows over warmer waters and a warmer air layer (temperature inversion) rests over the top of both.

The image above is from NASA’s Aqua satellite. It shows cloud streets over the Sea of Okhotsk, on the edge of Russia, to the north of Japan.