Goodbye to the dark side

Stunning view of Saturn’s night side, looking toward the sunlit side of the rings, by Cassini spacecraft cameras. Cassini ended its mission on September 15, 2017. 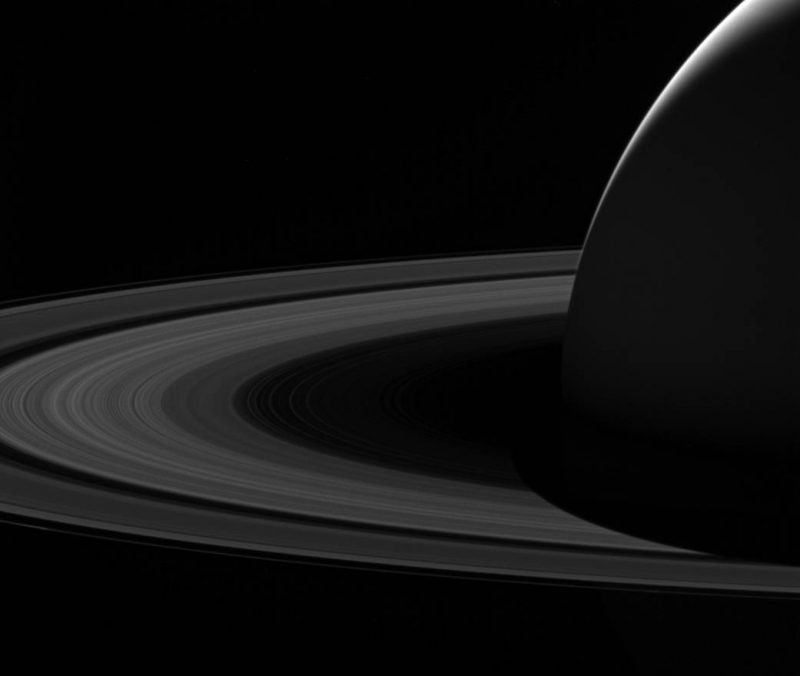 This view looks toward the sunlit side of the rings from about 7 degrees above the ring plane. The image was taken in visible light with the wide-angle camera on NASA’s Cassini spacecraft on June 7, 2017, at a distance of approximately 751,000 miles (1.21 million kilometers) from Saturn. Image via NASA/JPL-Caltech/Space Science Institute.

Views of planet Saturn’s night side, like the image above, are only possible thanks to spacecraft emissaries like Cassini – whose mission ended on September 15, 2017 with an intentional dive into Saturn. That’s because Earth is closer to the sun than Saturn, so observers here on Earth only see Saturn’s day side. With spacecraft, we can capture views (and data) that simply aren’t possible from Earth, even with the largest telescopes.

Bottom line: Image of Saturn’s dark side, taken by the Cassini spacecraft.