An early capture of the planet Saturn, which passed behind the sun on November 30, 2015 and has now returned to the predawn sky. 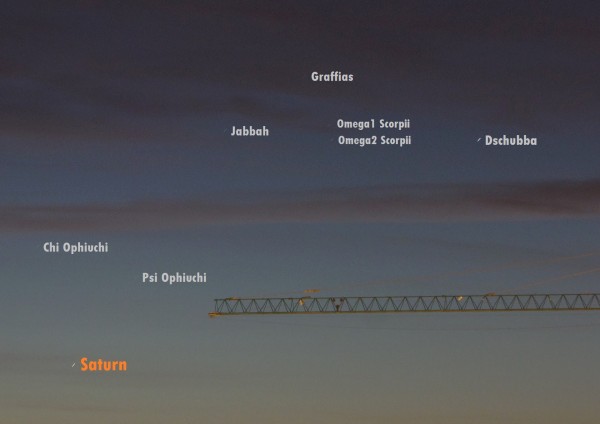 View larger. | Saturn, and some very faint stars near the sunrise, as captured by José Luis Ruiz Gómez on December 18, 2015.

José Luis Ruiz Gómez in Almería, Spain submitted this photo to EarthSky this weekend. It’s the planet Saturn, now returning to the sky before dawn. You might have seen the other bright planets – especially Venus and Jupiter, and also Mars – in the morning sky. Saturn is there, too, much closer to the sunrise than the other planets. It’s still tough to spot, despite its brightness (around 0.5 magnitude now). You’ll probably want binoculars to scan for it low in the sky, shortly before the sky becomes too light to see it. Saturn will become more visible as the days pass. It’ll be rising about two hours before the sun by the month’s end.

Read more about the return of Saturn in EarthSky’s guide to the visible planets.

Remember … All five visible planets will appear together in the morning sky early next year – from about January 20 to February 20, 2016. That hasn’t happened since 2005.

Read more: When can I see all 5 visible planets simultaneously? 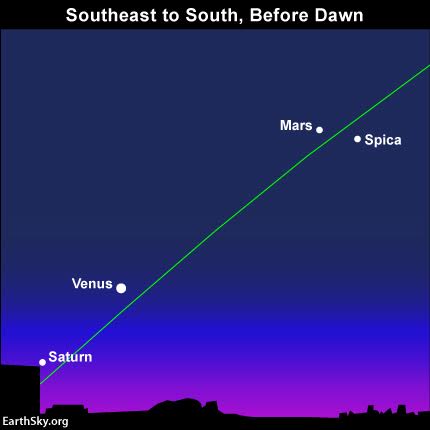 How can you find Saturn? Try drawing an imaginary line from Mars through Venus to spot Saturn near the sunrise point on the horizon, as shown on the sky chart above for late December. Use binoculars, if you need them.

Bottom line: The planet Saturn is returning to the eastern sky before dawn. It’s still near the sunrise, but will be rising some two hours before the sun by New Year’s.