A Russian missile contrail yanked back and forth by winds at different heights of our atmosphere. 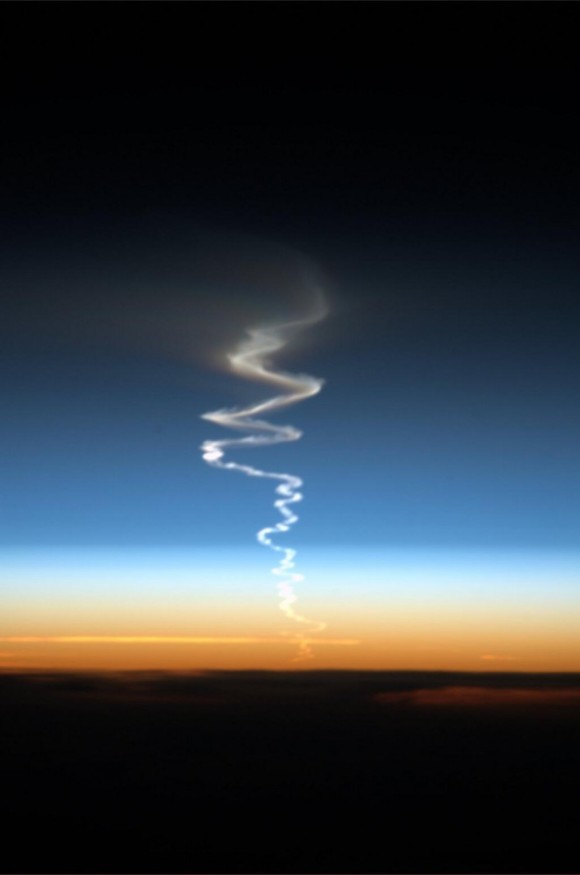 European Space Agency astronaut Luca Parmitano captured this shot of a contrail from a Russian missile. The zig-zag shape of the contrail is due to winds at various heights of Earth’s atmosphere. Here’s what bloggers at the Russian Nuclear Forces Project said about the October 10 Russian missile test:

The Strategic Rocket Forces carried out a successful test launch of a Topol/SS-25 missile on October 10, 2013. The missile was launched at 17:39 MSK (13:39 UTC) from Kapustin Yar to the Sary Shagan test site in Kazakhstan. According to a representative of the Rocket Forces, the test was used to confirm characteristics of the Topol missile, to test the systems of the Sary Shagan test site, and ‘to test new combat payload for intercontinental ballistic missiles.’