It didn’t produce any X flares, but it was spectacular to view on the sun for six days, from August 21 to 26. 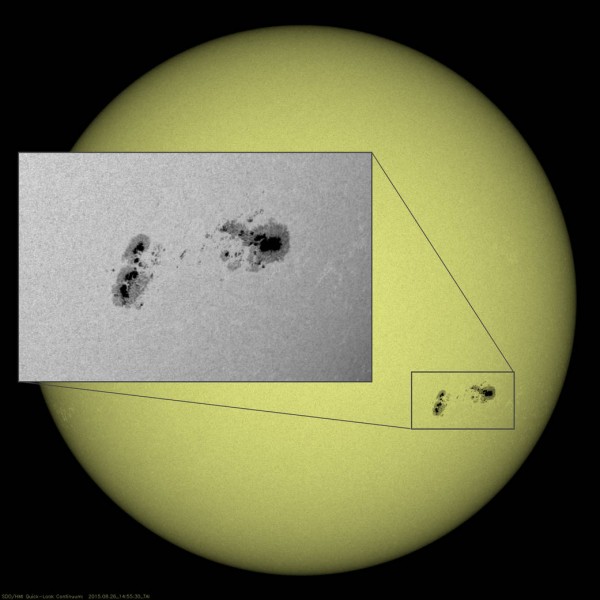 The still image shows AR2403 as the separated group as it appeared on August 26. image via NASA/SDO.

The large group of sunspots known to scientists as AR2403 has now rotated out of view, around the sun’s limb, but it was spectacular when it was visible. As the sun spun on its axis, it appeared to move across the sun’s visible face over six days, from August 21 to 26, 2015, starting out as a single cluster, and gradually separating into distinct groups. According to NASA:

This region produced several medium-sized, or M-class, flares, but only one greater than M5-class. These were the only significant spots on the sun during this period.

We received several photos of the sunspot region from friends on Facebook and G+. Thanks to all who posted! 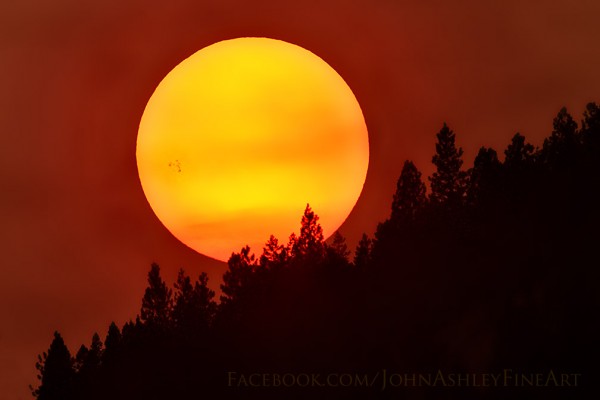 One of our favorite photographers, John Ashley at Rogers Lake, Montana, captured this image of AR2403 on August 20, just as the spot had appeared over the Earth-facing edge of the sun. 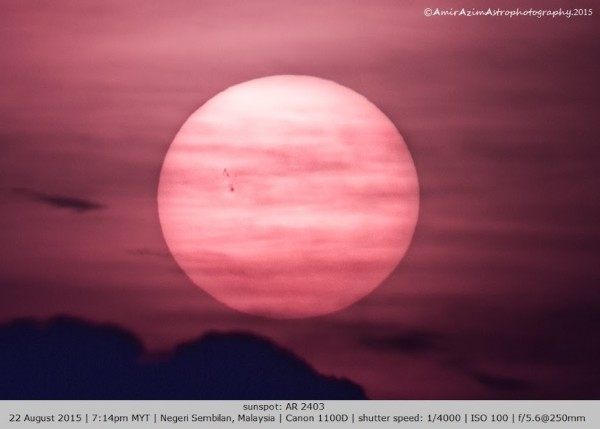 Amirul Hazim Kamarulzaman in Malaysia caught AR2403 on August 22, in a cloudy sky at sunset. 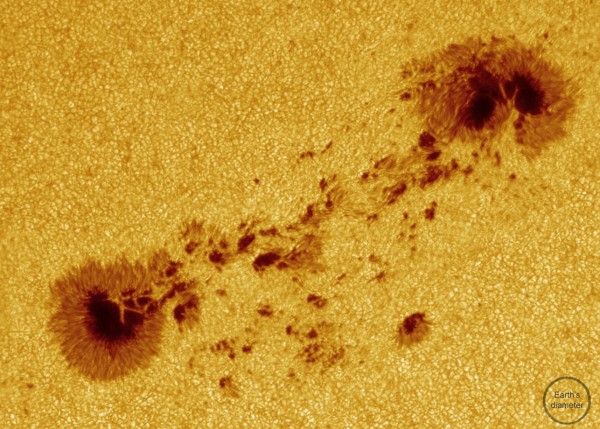 View larger. | Max of Maximus Photography obtained this image on August 23. His equipment was a homemade 200mm F/5 Newtonian working at F/20, with a full aperture Astrosolar filter and the ASI 120MM-S camera with a Baader green filter. He stacked 700 frames to create the image. Notice that he added Earth’s diameter in the lower right … “as a reminder of how small our planet really is in the solar system.” 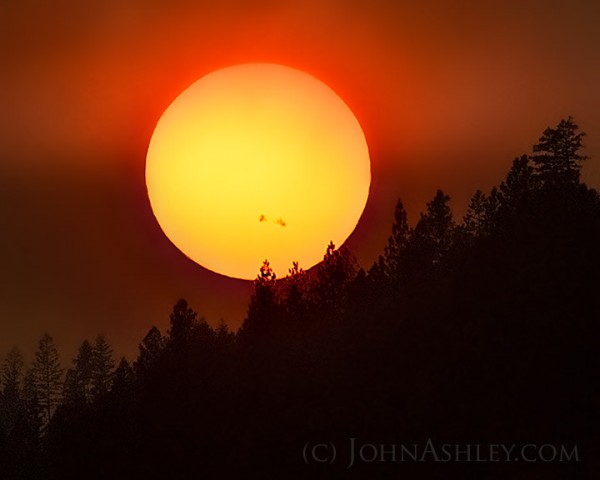 John Ashley captured this image of AR2403 on August 24. Notice the spot’s movement from the previous days! 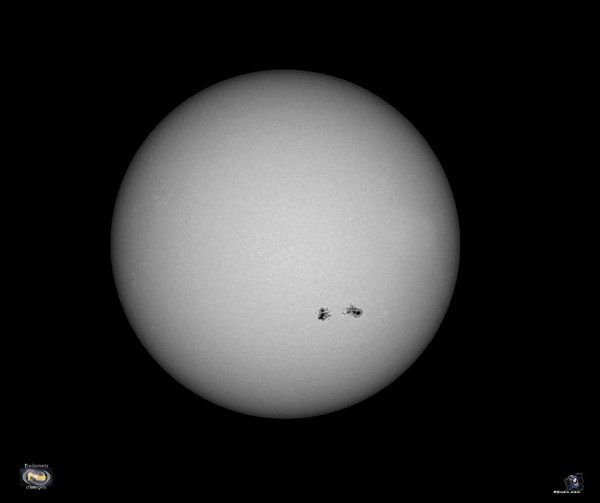 Brodin Alain, an EarthSky friend on Facebook, captured AR2403 on August 25, from France. 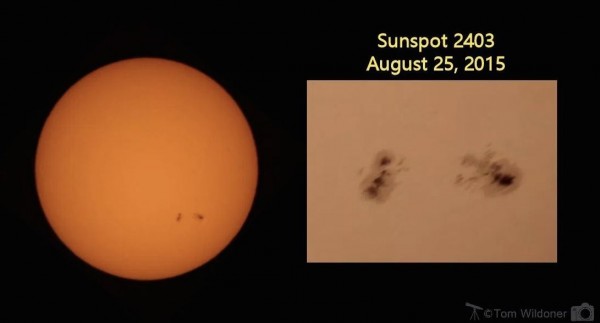 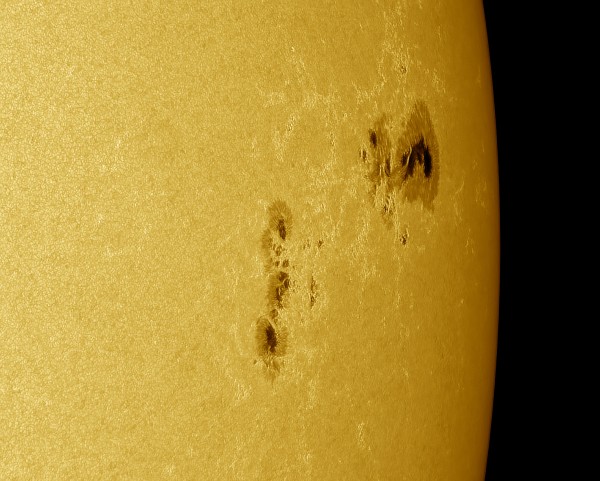 Giant sunspot group AR2403 as it was leaving the Earth-facing side of the sun. Photo by Maximus Photography. Read more about this image.

Bottom line: It didn’t produce any X flares, but it was spectacular to view on the sun for six days, from August 21 to 26. See photos from space and from the EarthSky community.