We see lots of photos here at EarthSky, but few photos of a proton arc. It’s a rare type of aurora, and experts aren’t entirely sure what causes it. 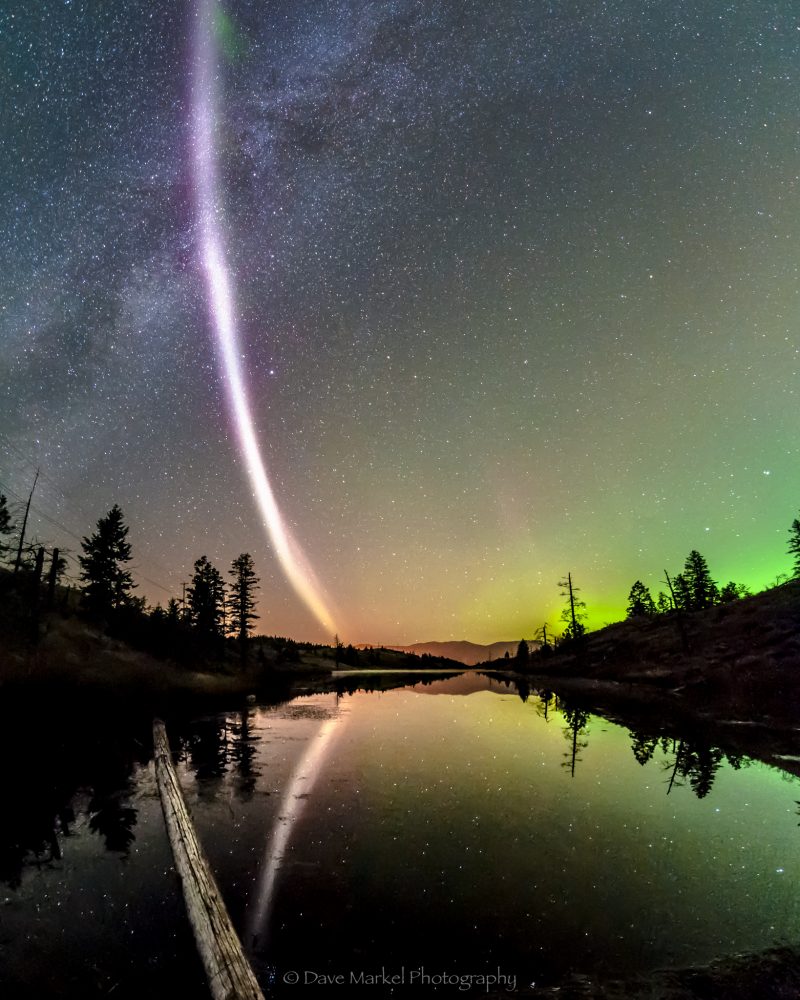 Dave Markel wrote that – while aurora chasing – he captured this proton arc near Kamloops, British Columbia, Canada, on September 28, 2016. This photo is a five-image composite of the event.

A proton arc is indeed rare. Although many experts say they’re caused by protons from the sun (giving them their name), other experts disagree. You can read more about what might, or might not, cause proton arcs at Spaceweather.com.