Auroras are common at high northern or southern latitudes, but very high latitude auroras are rare. A photographer calls this photo a “once-in-a-lifetime” catch. 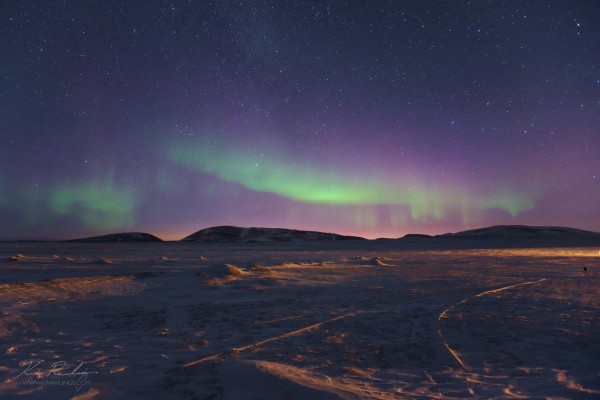 View larger. | Aurora over Alert – the northernmost permanently inhabited place in the world, in the territory of Nunavut in Canada – on January 11, 2016. Photo by Kevin Rawlings.

Most people are surprised when I tell them that Alert – just 508 miles (817 km) south of the North Pole – is too far north for the northern lights. Usually, anyways. While being so close to the magnetic pole weakens the conditions that produce aurorae, they do happen on occasion, and this morning was one of those rare occasions.

On the walk out to the Global Atmosphere Watch Observatory here where I work, I spotted them glowing green in the southeastern sky above the Winchester Hills, making for a once-in-a-lifetime photo.