Rainbow light in the mist, Sweden

What appears to be a corona, possibly caused by water droplets in a mist – or even by pollen – as the sun rises over Sweden. 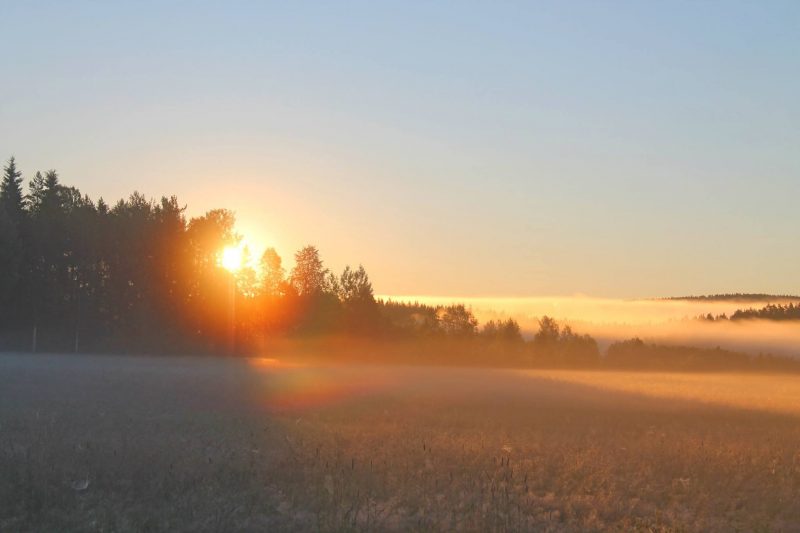 The rainbow color in the mist from the rising sun early this morning…. north of Vittjärv in northern Sweden …

Notice Birget specifically say this is a “rainbow,” just rainbow colors. It’s not a true rainbow because rainbows are always seen opposite the sun. We asked Les Cowley of the great website Atmospheric Optics how to describe this rainbow-like light. He said:

It’s possibly a corona caused by diffraction by nearby mist droplets.

It might even by produced by pollen (if pollen is still in season in Sweden).

Thank you, Birget, and thank you, Les!

Gallery of photos of rainbows around the world.