Northern Europe had an amazing display of these clouds this week. 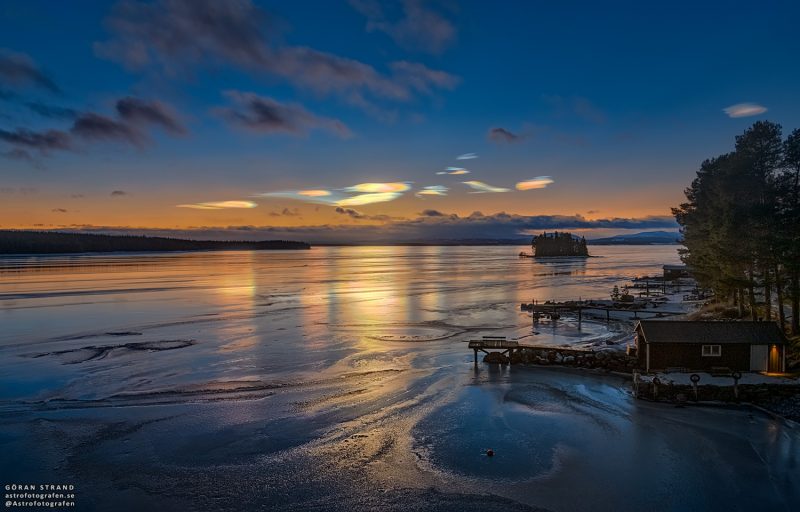 View larger. | Göran Strand captured this glorious shot of polar stratospheric clouds on December 30, 2019 from Frösön, Sweden. He told EarthSky that these clouds: “… even lit up the surrounding landscape.”

As 2019 came to a close, northern Europe saw a beautiful display of polar stratospheric clouds. They are high-altitude clouds, seen at heights between 49,000 and 82,000 feet (15,000–25,000 meters). The sort made of frozen ice crystal are also called nacreous clouds or mother-of-pearl clouds. In describ ing them, Les Cowley at Atmospheric Optics said they are:

… rare, but once seen are never forgotten. They are mostly visible within two hours after sunset or before dawn when they blaze unbelievably bright with vivid and slowly shifting iridescent colours.

According to Tony Phillips at Spaceweather:

We received several photos of polar stratospheric clouds this week, and more appear in Spaceweather.com’s gallery. The image above – and video below – from Göran Strand in Sweden are among the best we saw. Thank you, Göran!