Brightest planets Venus and Jupiter are up before dawn now. Mars is there, too. Mercury will soon join. During October … wow! They’re going to put on a show. 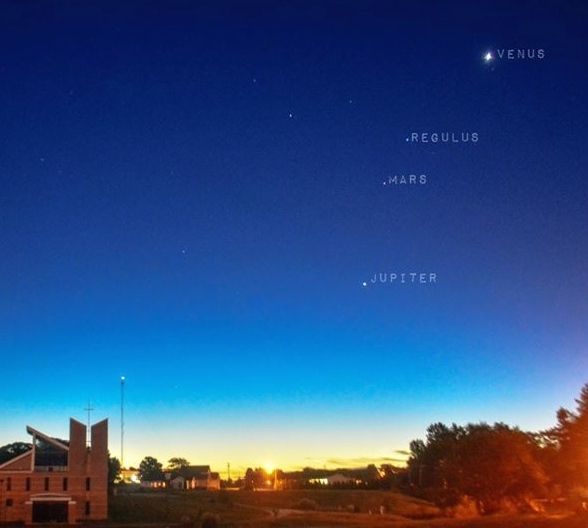 Planets before dawn now, as captured by Niko Powe in Illinois. Thank you, Niko!

The planet action is in the morning sky now, where brilliant Venus and Jupiter and fainter Mars all cluster in the east before sunup. Niko Powe in Illinois captured this image of them on the morning of September 30, 2015. The photo also shows the star Regulus, brightest light in the constellation Leo the Lion. Thank you, Niko!

October is going to be a fantastic month for planet-watching before dawn. Here’s a preview of what’s to come … May you be blessed with clear skies! 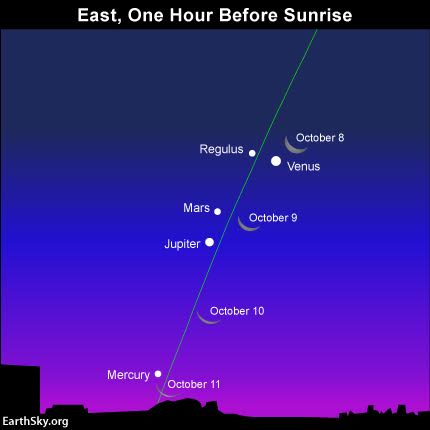 The waning crescent moon will swing by the morning planets Venus, Mars and Jupiter – around October 8, 9 and 10. Read more. 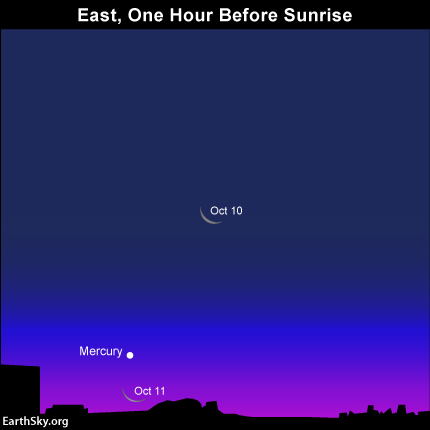 Circle October 10 and 11 on your calendar. That’s when you have the opportunity to view the waning crescent moon and Mercury coupling up in the east before dawn. Read more. 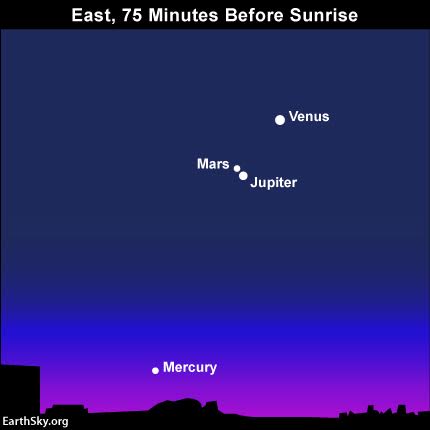 Jupiter will be in conjunction with Mars on October 17. Read more. 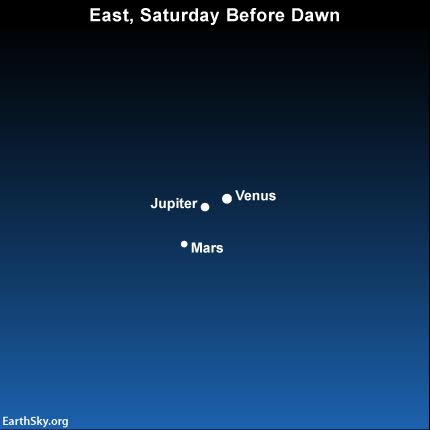 Bottom line: The brightest planets – Venus and Jupiter – are up before dawn now. Mars is there, too. Mercury will soon join them. During October … wow! They’re going to put on a show.