Planet Mars in front of Leo

Looking for Mars? You’ll find it in the east before dawn, in front of the constellation Leo the Lion. 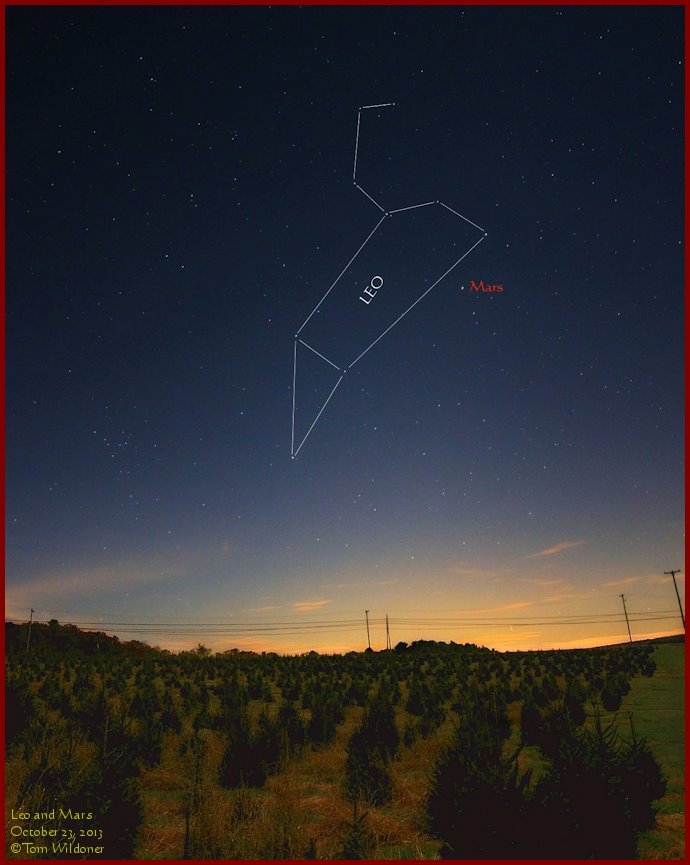 View larger. | EarthSky Facebook friend Tom Wildoner captured this image of the planet Mars in front of the constellation Leo on October 23, 2013. The view is toward the east before dawn. Thanks, Tom!

The planet Mars has an approximate two-year orbit around the sun, and it alternates years in appearing bright in Earth’s sky. Although 2013 has not been one of Mars’ good years, 2014 will be much better. Mars has now returned to the east before dawn in preparation for its brightening and becoming visible more hours of the night, as the months pass. EarthSky Facebook friend Thomas Wildoner captured and composed this wonderful image of Mars in front of the constellation Leo. That’s where you’ll find Mars now, if you look, in the east before dawn.