See it! Young moon and Venus

Posted by Deborah Byrd in Astronomy Essentials | Today's Image | May 18, 2018

The returning moon and brightest planet were near each other in the sky the last 2 evenings. Don’t miss these gorgeous photos from the EarthSky community. 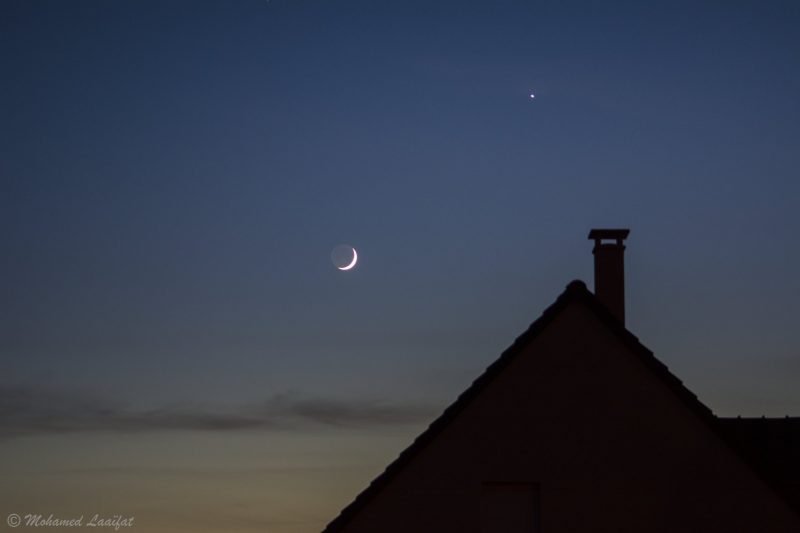 Mohamed Laaifat Photographies in France wrote on May 17, 2018: “Moon and Vénus tonight over my Normandy sky.” 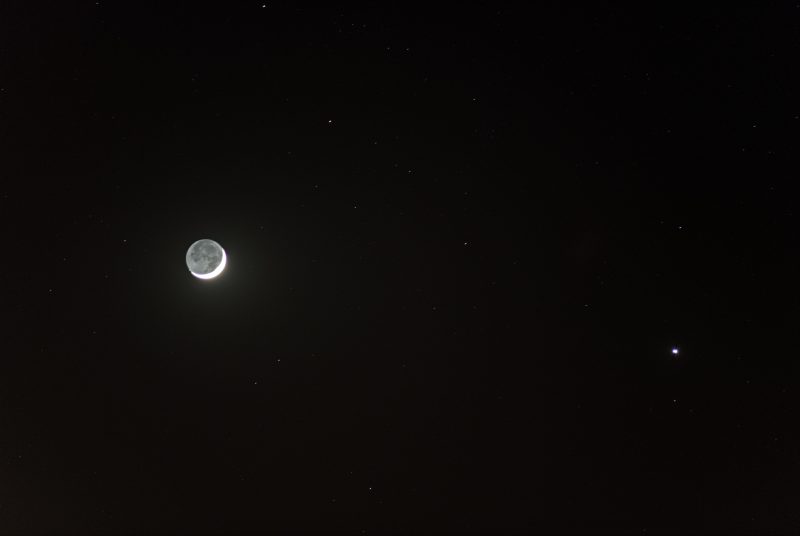 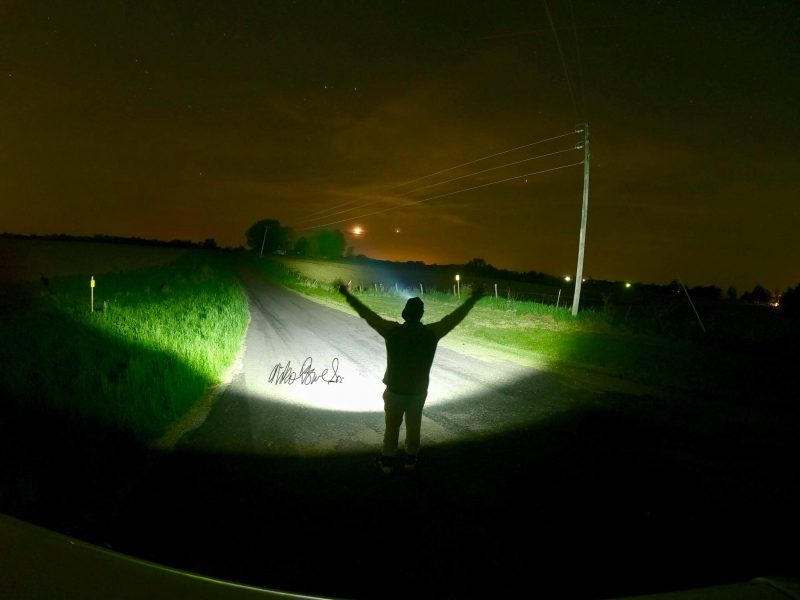 Nico Powe wrote: “Checking out the young moon, Venus, Castor and Pollux [the 2 stars above the moon and Venus], the zodiacal light and more in Kewanee, Illinois!” See the chart below. 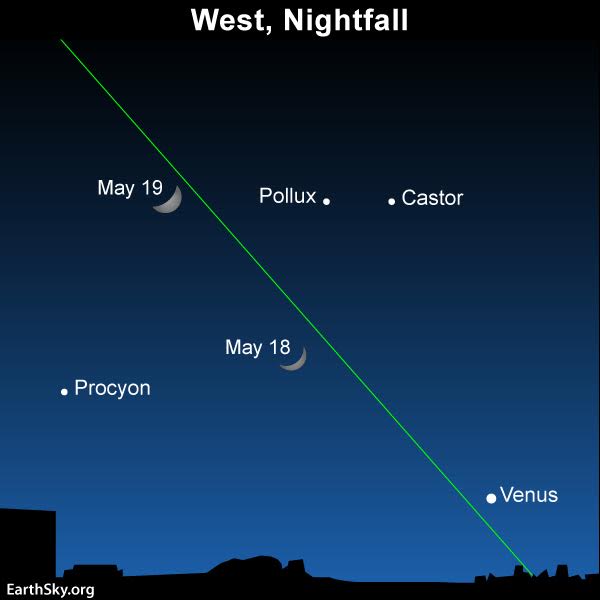 If you keep watching Friday and Saturday evenings, you’ll see the moon move up toward the stars Castor and Pollux in the constellation Gemini. Look west shortly after the sun goes down. 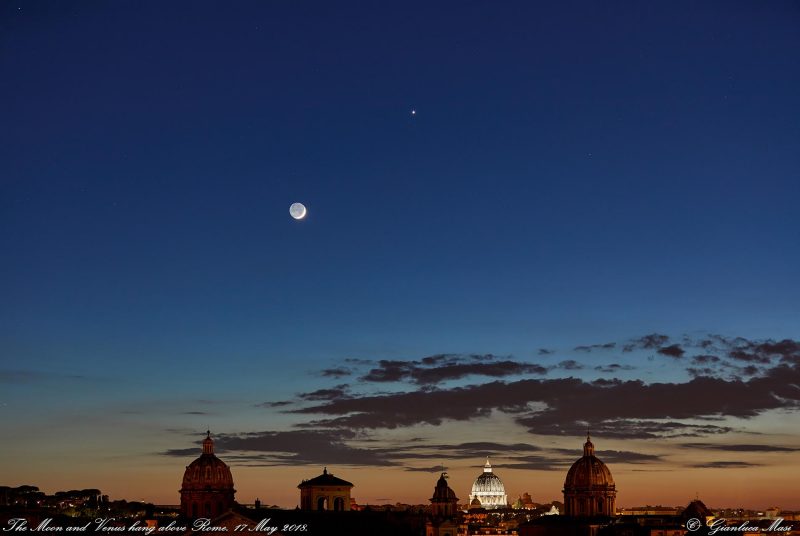 Gianluca Masi of the Virtual Telescope Project caught Venus and the moon from Rome, Italy, on May 17, 2018. 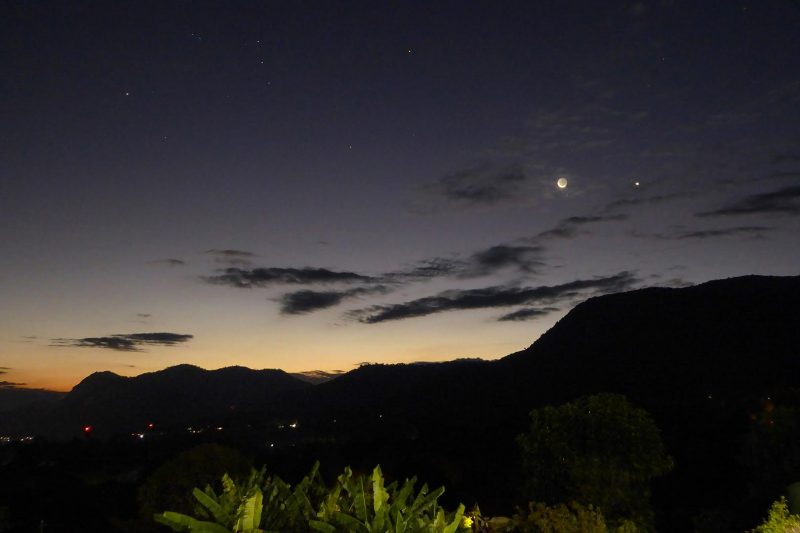 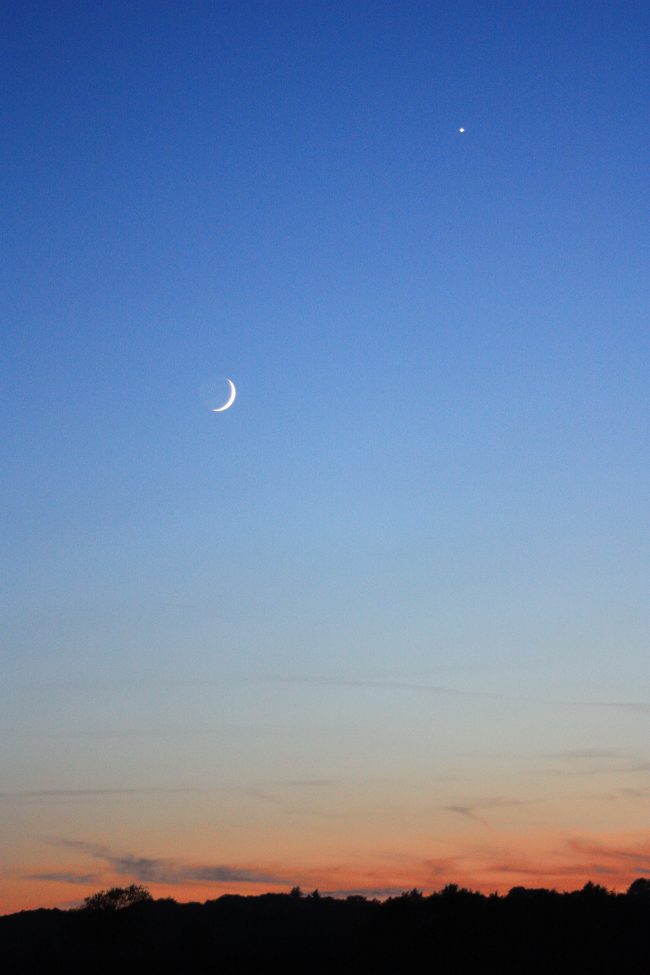 Isi Grefen caught Venus and the moon on May 17 from Gilling East, North Yorkshire, U.K. 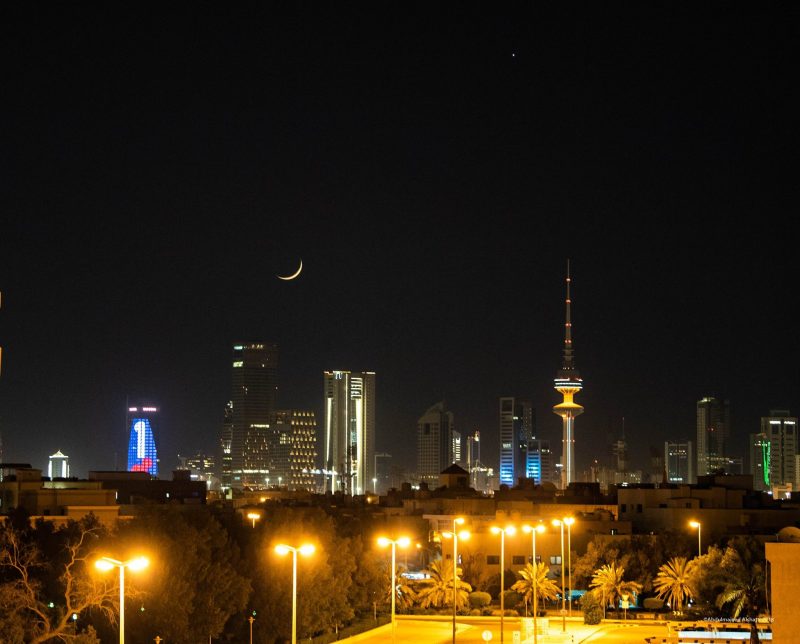 Abdulmajeed Alshatti captured this crescent moon – which marked the start of the Islamic holy month of Ramadan – from Kuwait City on May 17. 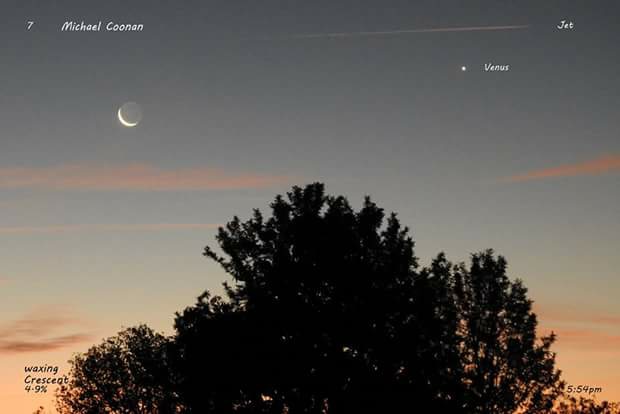 Michael Coonan caught Venus and the moon on May 17 from Wodonga, Australia. 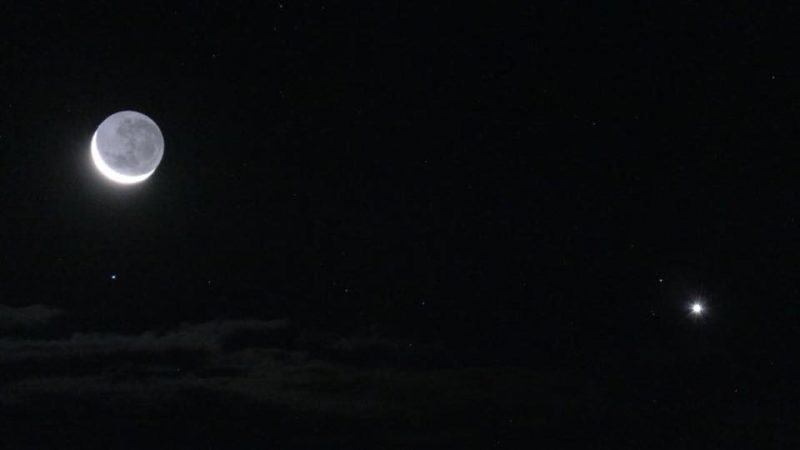 Nikki Ellis caught Venus and the moon on May 17 from South Africa. 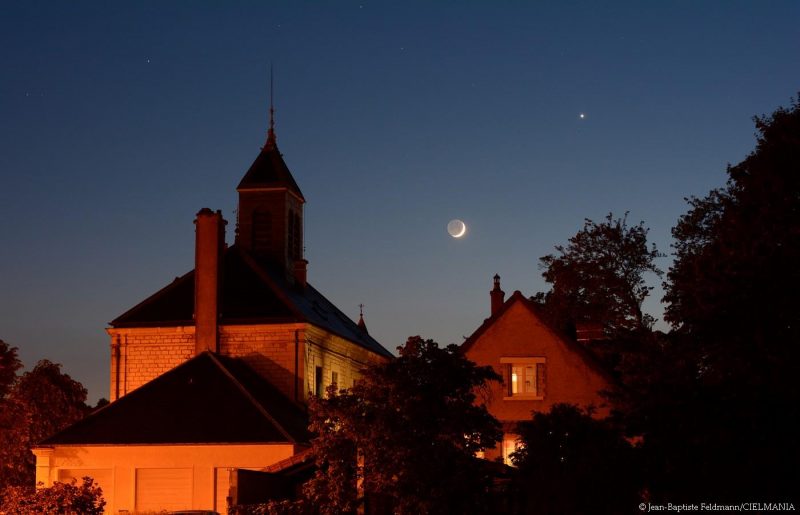 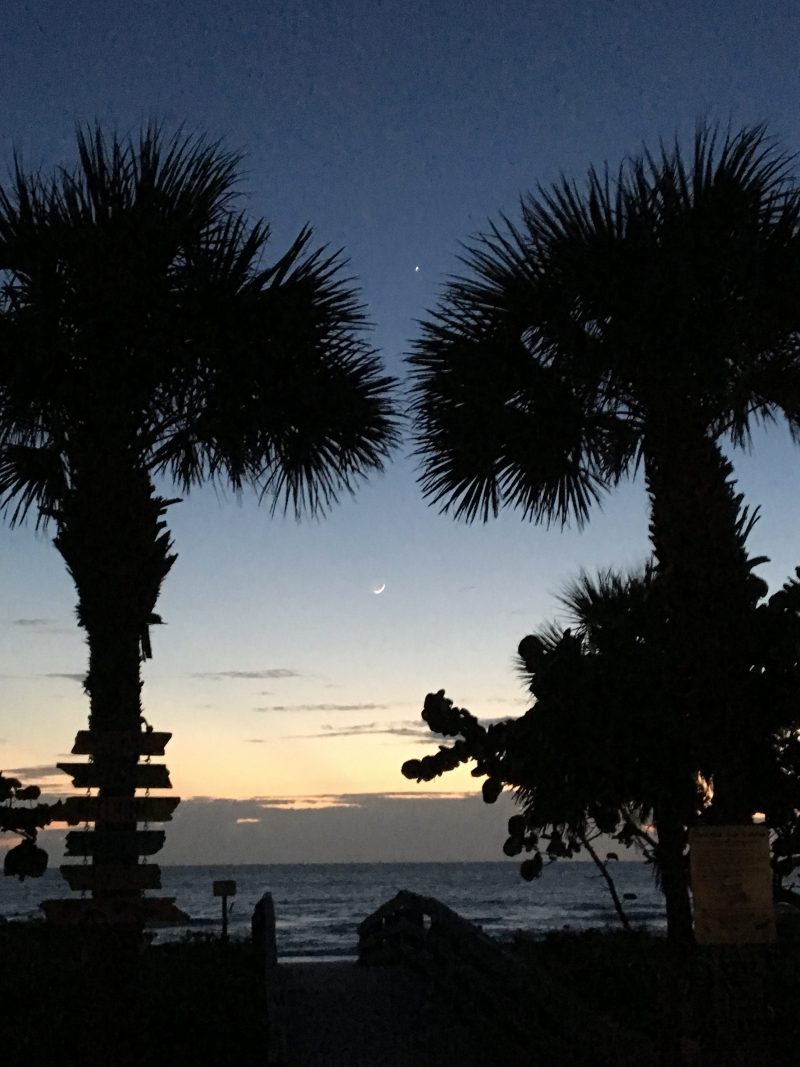 Chris Young in Indian Rocks Beach, Florida, shot Venus and the moon with an iPhone on May 16, 2018. 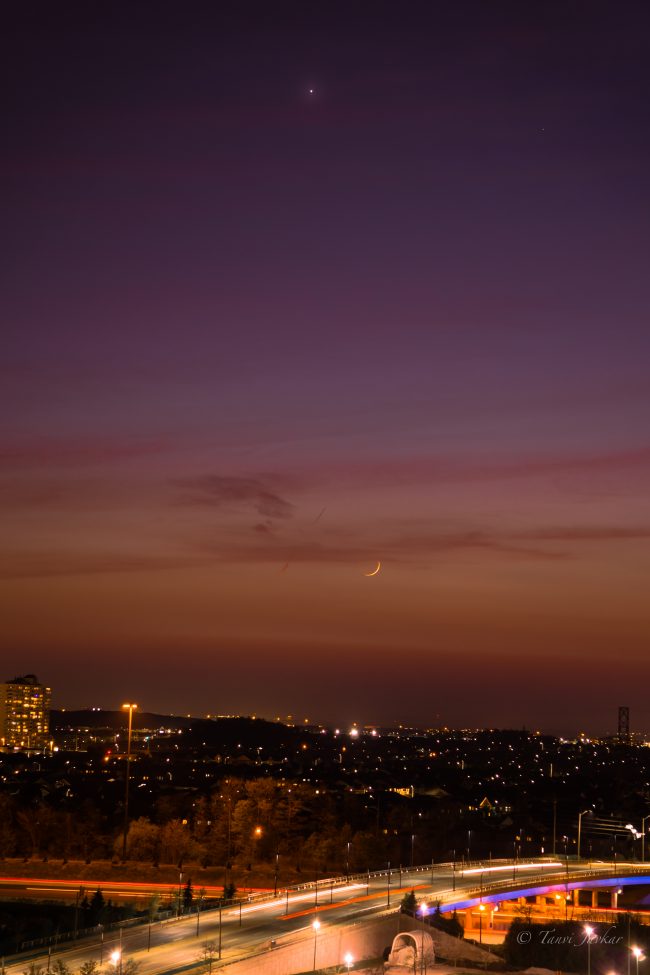 Tanvi Javkar in Mississauga, Ontario, Canada, caught Venus and the moon on May 16. 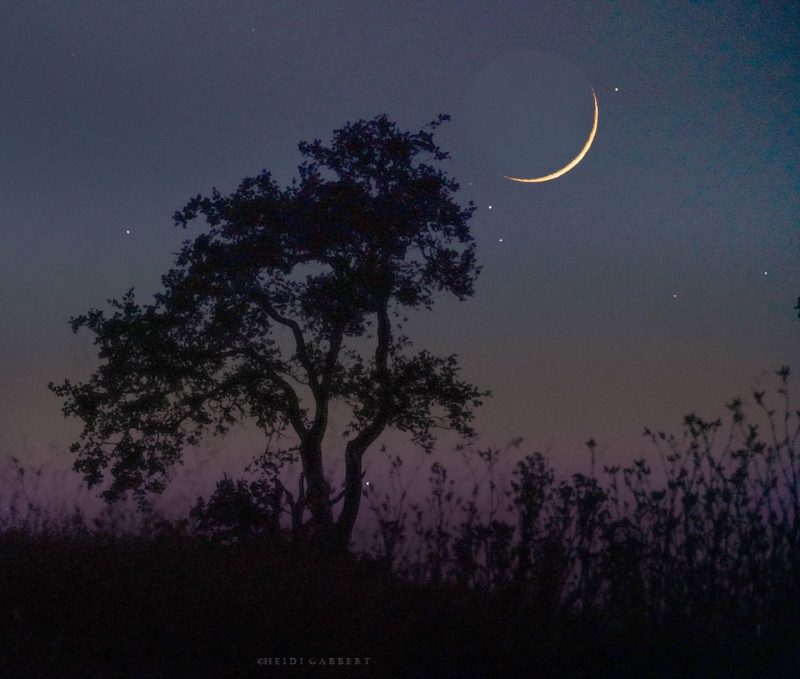 Heidi Gabbert wrote on May 16, 2018: “Here’s a little sliver of last night’s new moon setting during blue hour with a few bright stars shining through.”

Bottom line: Photos of the moon and Venus on May 16 and 17, 2018, from the EarthSky community around the world.