Close encounters of the planet kind

Brilliant Venus and faint Mars swept close last week, in the east before sunup. Check out these awesome photos! 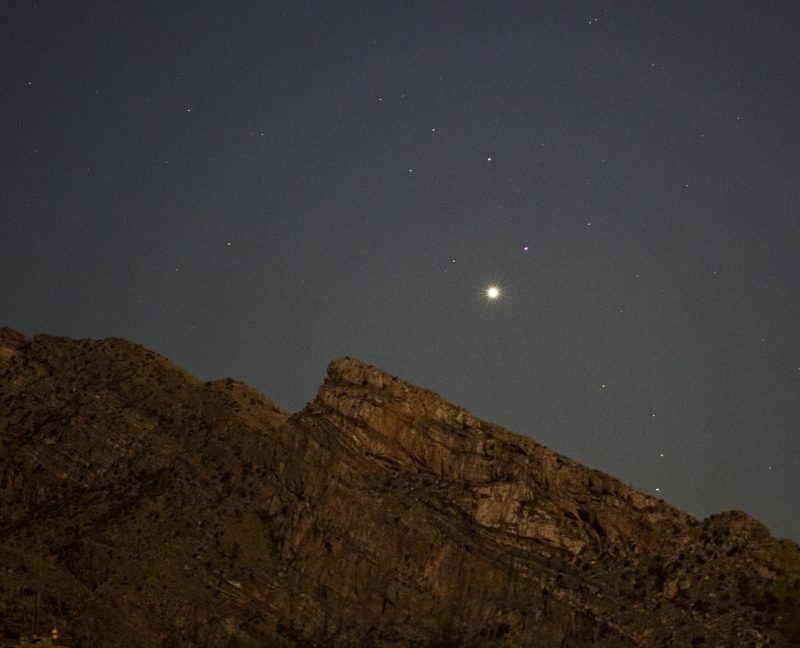 Eliot Herman caught Venus and Mars on the morning of October 6; Venus is the bright one, and Mars is the fainter, reddish one just above it. Eliot wrote: “Getting Mars showing color is a big part of it, as it makes the photo.”

Through the first week of October, 2017, bright Venus and faint, red Mars appeared close in the east before dawn. They appeared in the same binocular field for many days, one super bright, the other super faint. These two worlds were closest on the sky’s dome on or near October 5. At that juncture, they were only 0.2o (2/5ths of a moon-width) apart. The EarthSky community – and many others around the globe – saw them and captured them! 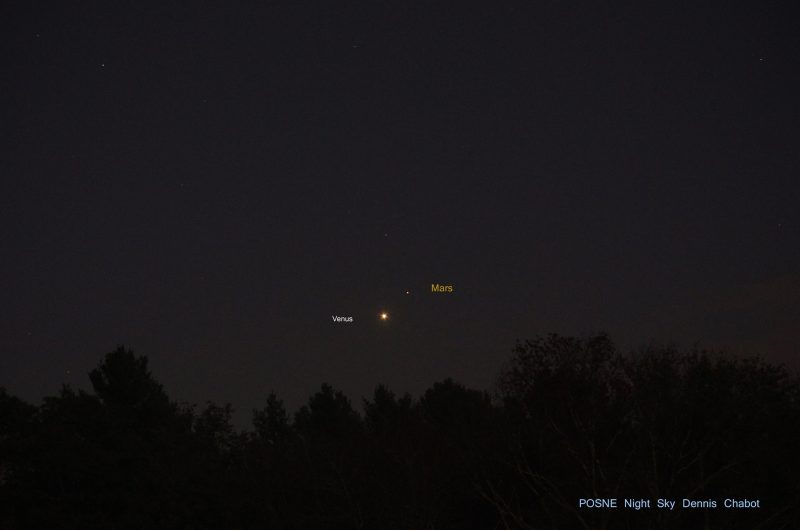 Dennis Chabot wrote on October 6: “Venus and faint planet Mars in the east on this foggy New England morning.” 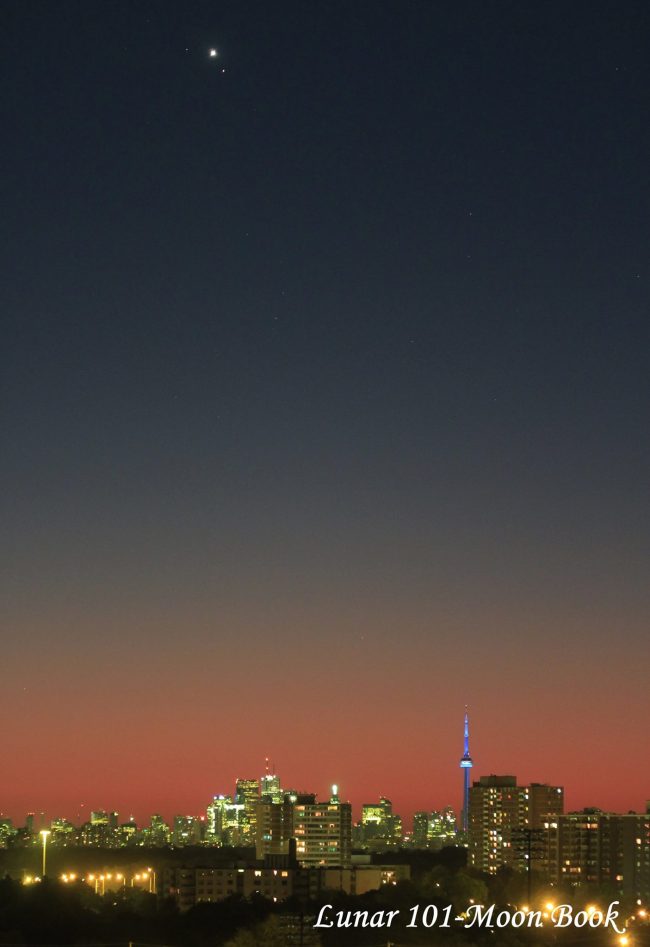 If you watched for several mornings, you know the planets shifted their positions on the sky’s dome rapidly. On October 5, Mars was below Venus. “Close encounter of the planetary kind,” wrote Lunar 101 Moon Book in Toronto. 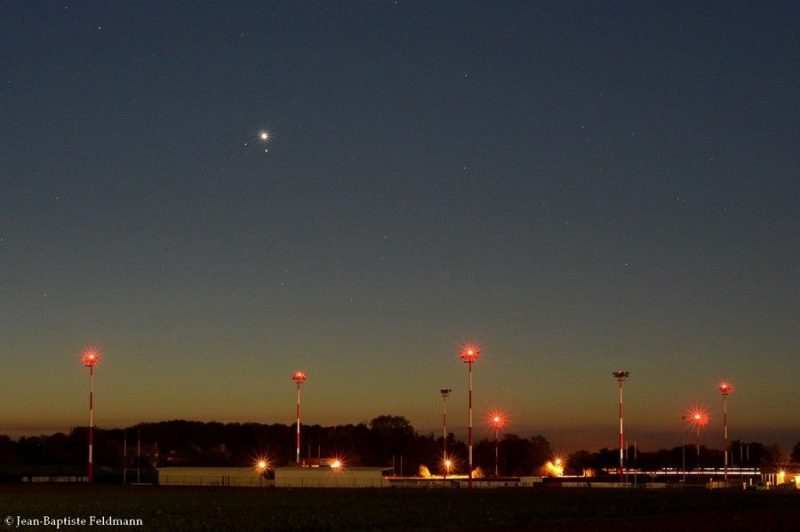 Venus and Mars on October 5, via Jean Baptiste Feldmann in France. 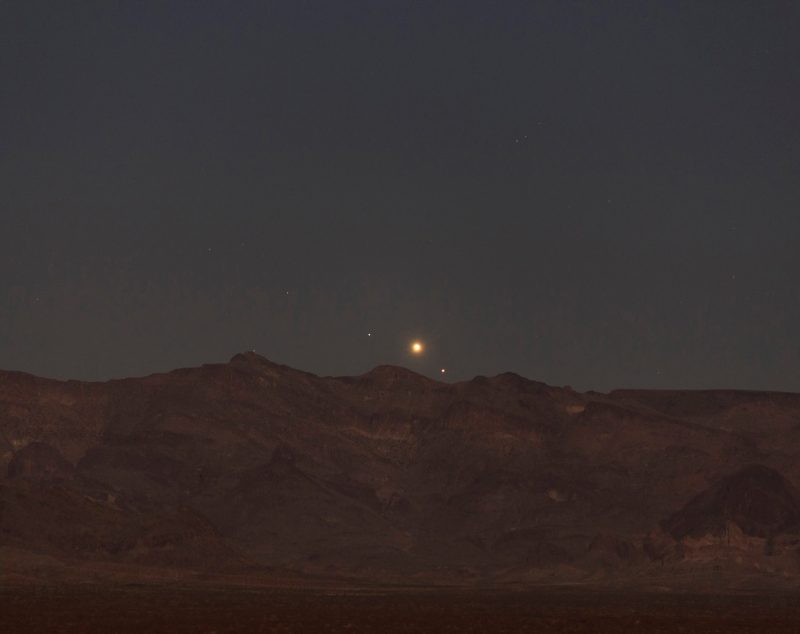 Michael Reagan wrote on October 5: “From Fort Mohave, Arizona … Venus, with Mars below and to the right, and special guest star Sigma Leonis dropping in above and the left of Venus.” 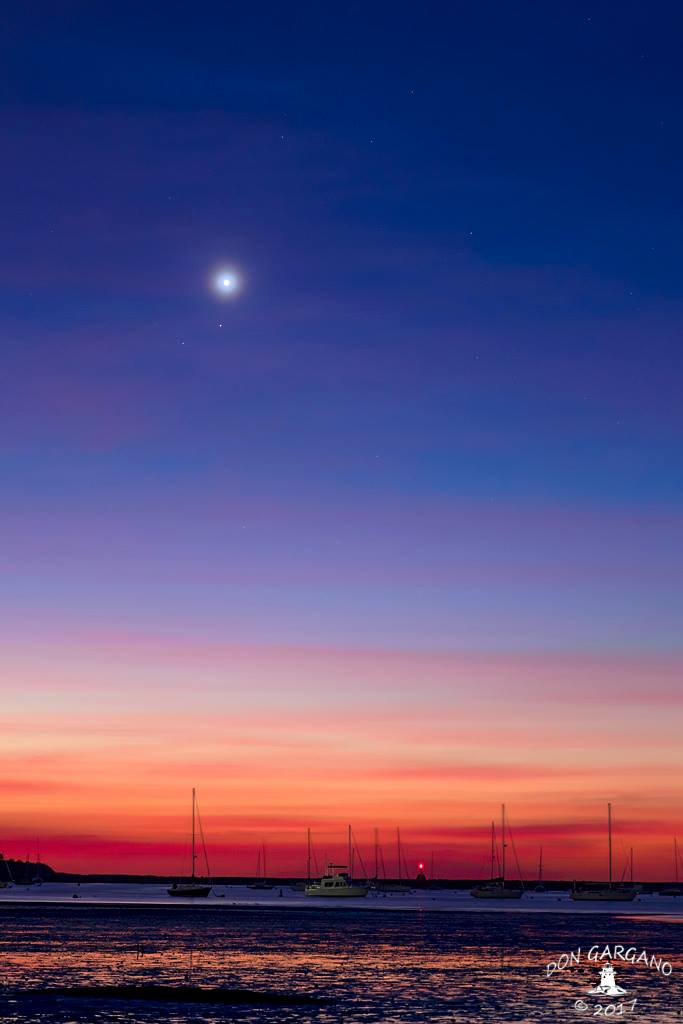 Don Gargano Photography in Rye, New Hampshire caught very bright Venus and much fainter Mars on the morning of October 4. 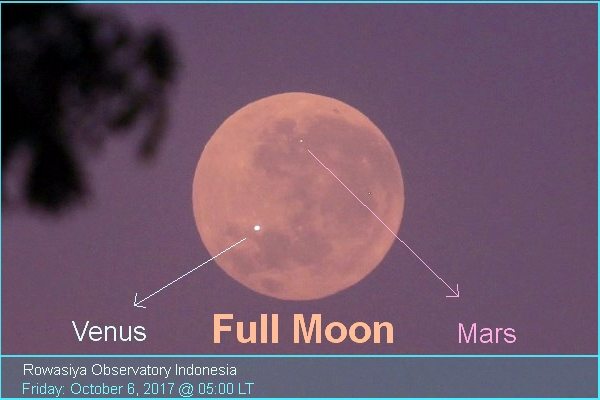 No, Venus and Mars didn’t appear in front of the full moon. This is a photo composite, showing that Venus and Mars on October 6 would have fit inside a full moon-diameter on our sky’s dome. Image via Sugeng Riyadi in Central Java, Indonesia, who wrote: “This event was awesome because, at the same time, we got full moon setting at west horizon and Venus-Mars conjunction at east horizon.”

Bottom line: Photos from the EarthSky community of Venus and Mars in early October, 2017. Wow!