Taurid meteors rain down in November

The South and North Taurid meteor showers ramble along during November and often produce fireballs. Beautiful Taurid photos from EarthSky community members – plus more about the shower – here. 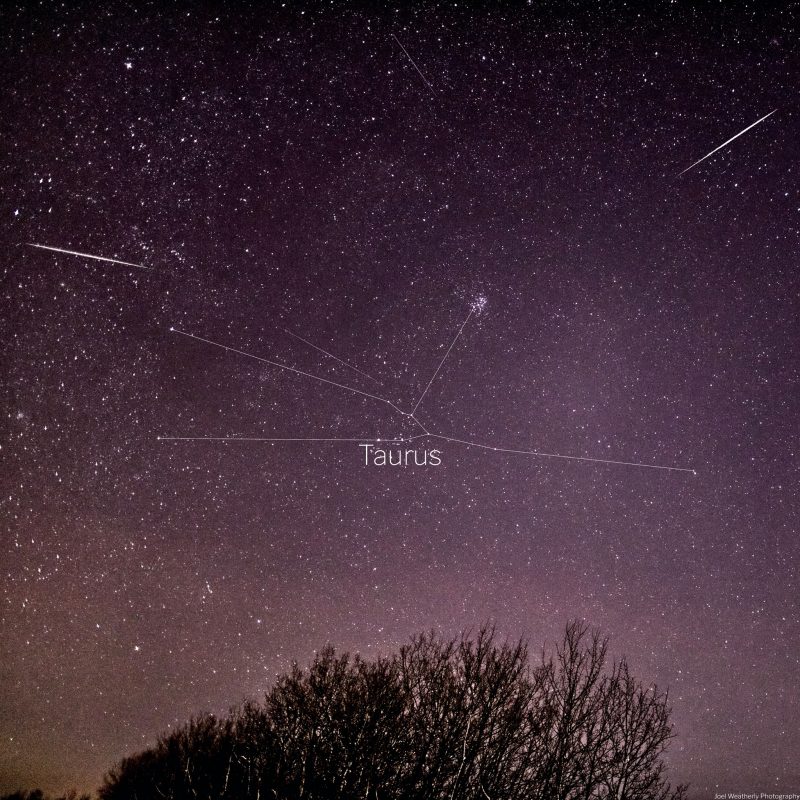 View at EarthSky Community Photos. | Joel Weatherly Edmonton, Alberta, Canada, created this composite from images captured on the morning of November 11, 2020. He wrote, “This is a composite image featuring Taurus and four meteors that I observed while out for the Northern Taurids meteor shower. The two brightest meteors left behind dust trails.” Thank you, Joel! 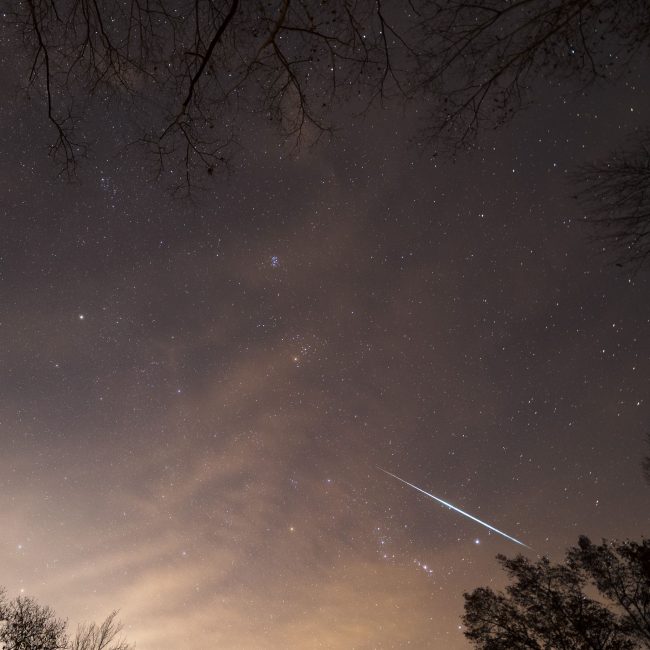 View at EarthSky Community Photos. | George Preoteasa of Milford, Pennsylvania, snagged this photo of a Taurid meteor on November 7, 2020. He wrote: “[This meteor was] passing next to Orion. Notice Aldebaran, bright red star in the middle of the picture (not to be confused with Betelgeuse lower in the shot) and the Pleiades above. The moon was rising from the lower left corner.” Thank you, George! Equipment details: Sony a7iii, Sigma 14mm F/1.8.