The annular – or ring of fire – eclipse was visible from Earth’s Southern Hemisphere. Photos here! 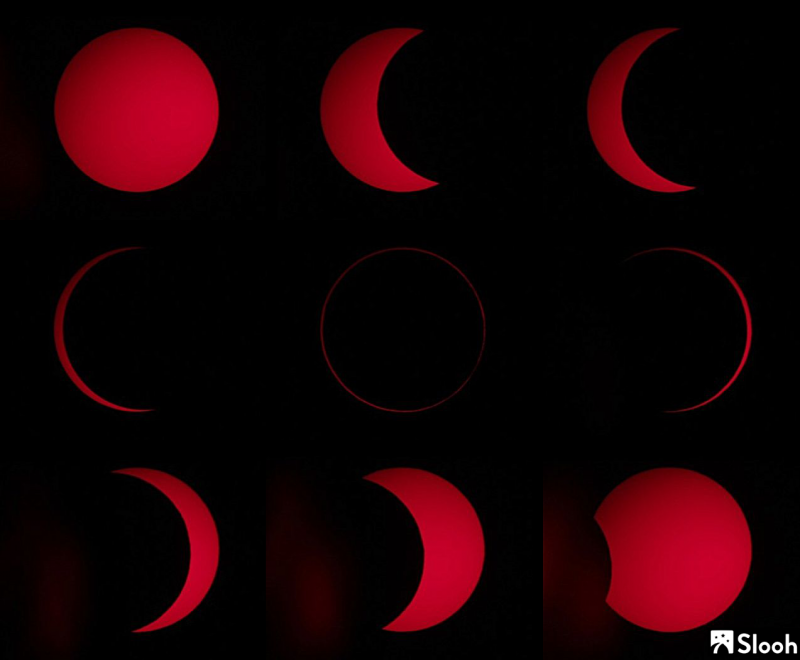 This mosaic image of the annular eclipse is from Slooh.com, which captured the event live in Coyhaique, Chile and broadcast it around the world.

On February 26, 2017, the Earth experienced a rare and beautiful event as the moon moved between us and the sun – simultaneously casting its shadow on Earth and covering the sun – creating an annular or ring of fire eclipse. Why wasn’t it a total eclipse? The moon was too far away in its monthly orbit to cover the sun completely. But the path of the moon in front of the sun was dead-on, and thus, at mid-eclipse, an outer edge of the sun appeared briefly around the moon. Only those in the shadow path – in Earth’s Southern Hemisphere – caught this eclipse. Thanks to all who posted on EarthSky Facebook or submitted via our website! 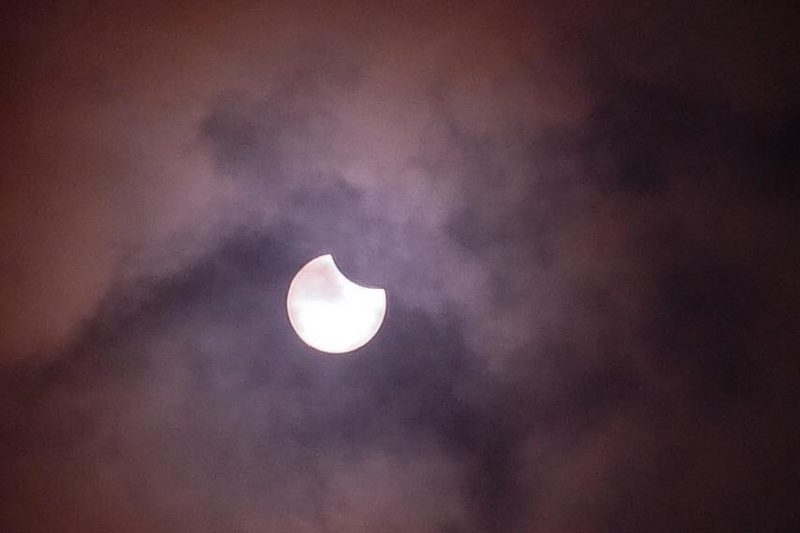 Ruy Queiroz caught the eclipse in São Paulo, one of the world’s major financial centers and the most populous city in Brazil. 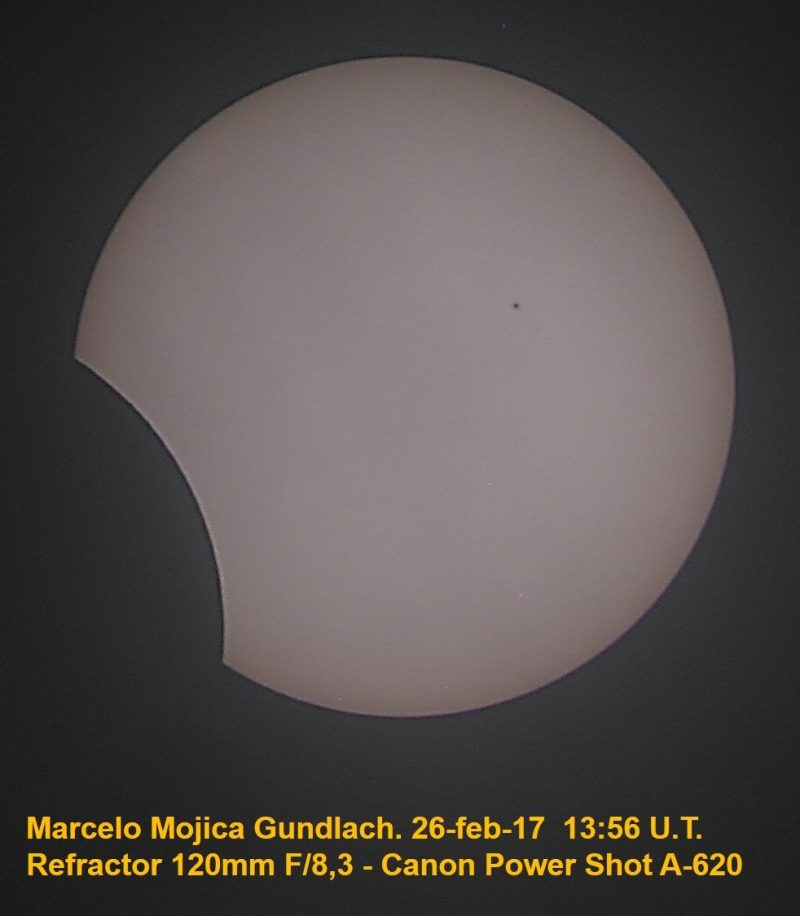 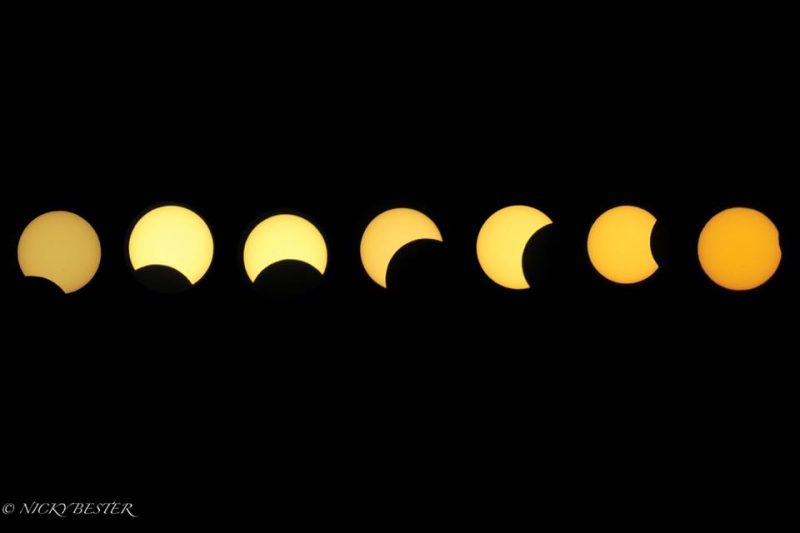 Nicky Bester caught the partial phases of the eclipse from Langebaan, South Africa. 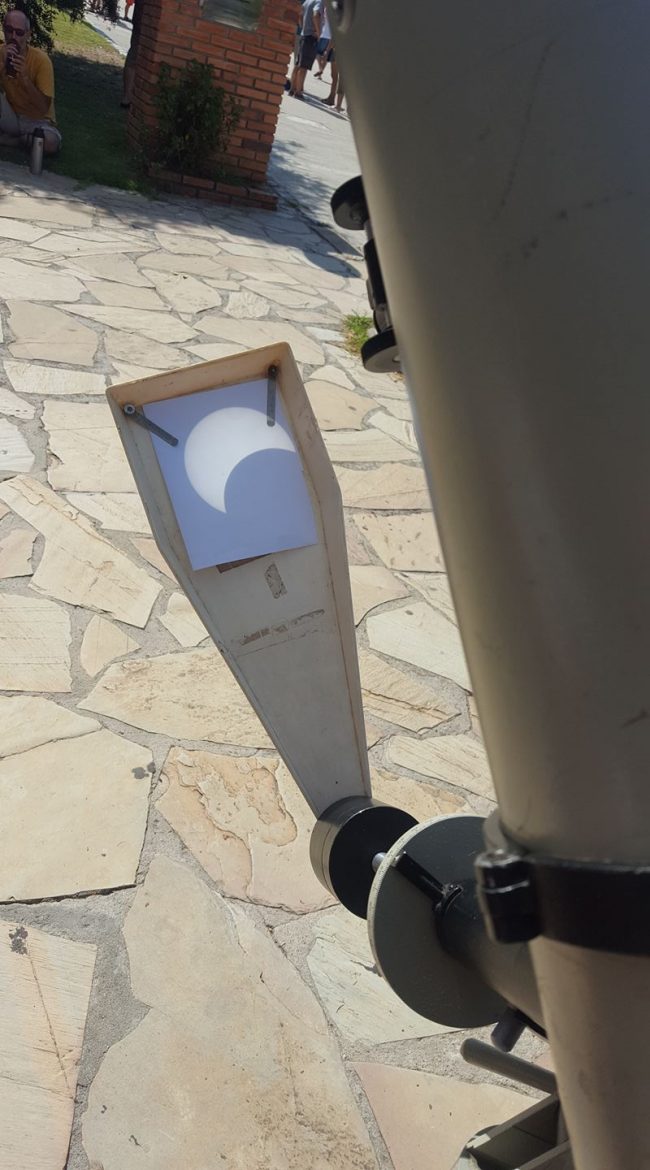 A view of the February 26 eclipse from Planetarium Municipal in Montevideo – the capital and largest city in Uruguay – via Wilka Irene Ronzoni.

By the way, although the eclipse didn’t get a huge amount of attention on Twitter, it did get some … a few posts below from there.

Satellite animation of the annularity cone shadow during the #RingofFire eclipse #Today over the Atlantic ocean pic.twitter.com/MSQc6IPuN2