Many in the EarthSky community caught the brightest planet Venus and the very old moon – a waning crescent in the east before the sun – this week. Some also caught elusive Mercury near the moon. 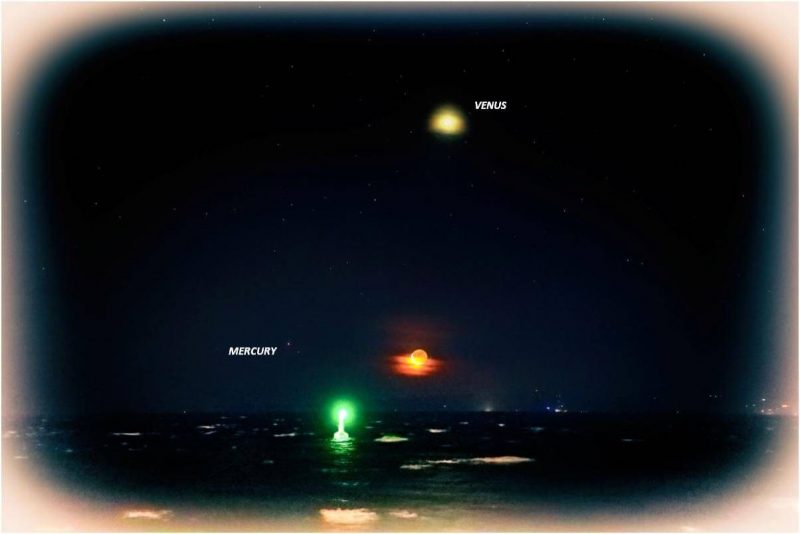 View at EarthSky Community Photos. | Dr Ski was at the coastal city of Dumaguete, Philippines, when he captured this shot on April 3, 2018. The moon was a very thin crescent near elusive Mercury. Bright Venus was above. He wrote: “Waited all week to capture this image. Hazy morning, but at least the clouds cooperated.” 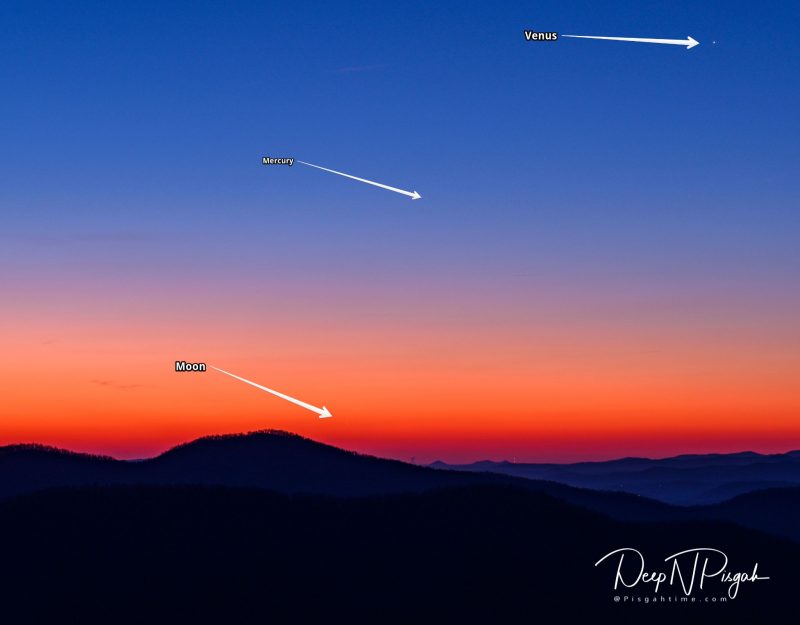 View at EarthSky Community Photos. | Wow! Check this out. Nicholas Holshouser caught the 2 planets and the moon on April 3, 2019, too, from the Blue Ridge Parkway near Brevard, North Carolina. It’s surprising because, by the time Earth’s spin carried the moon into view on April 3, it was a very thin crescent indeed and very near the sunrise. Zoom in! It’s worth it. Nicholas wrote, “I was doubtful I could get Venus, Mercury, and the moon as it was so close to sunrise, and the moon is very small as it wanes towards new. I had to zoom in to the raw photo to find Mercury and the moon. I labeled them in the picture.” Thanks, Nicholas! 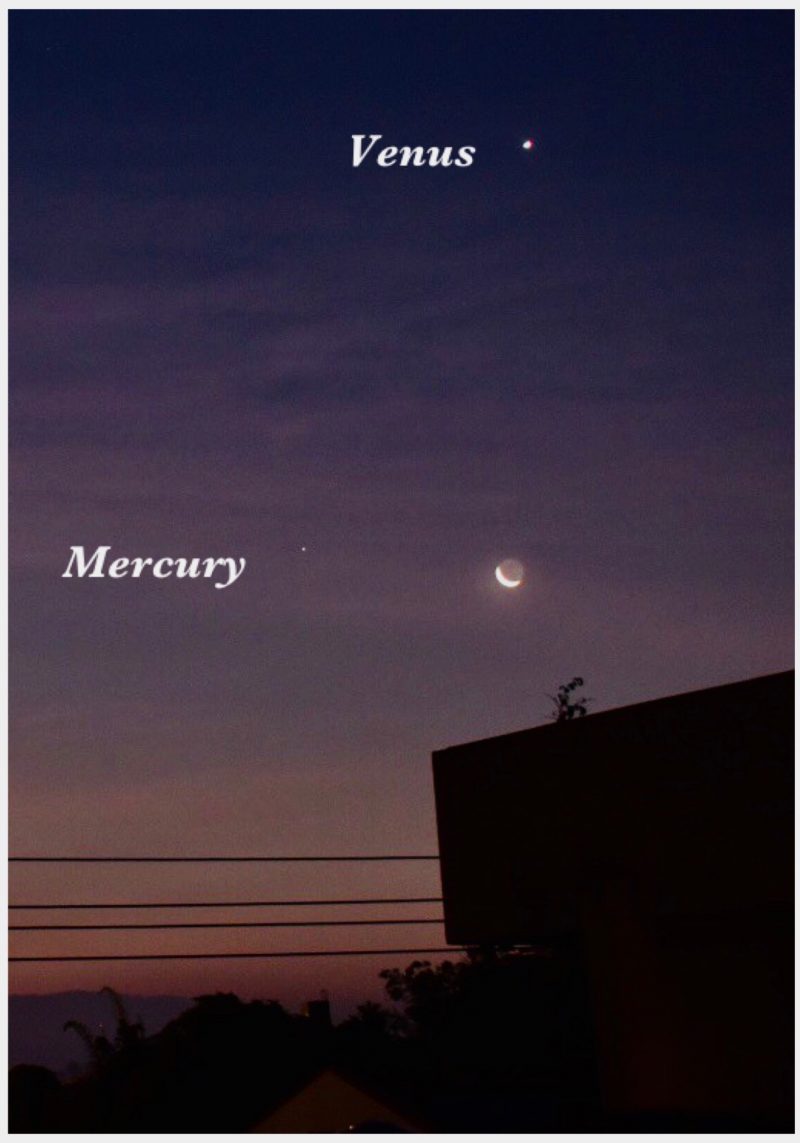 View at EarthSky Community Photos. | Venus has been in our morning sky for some months, but Mercury is just now returning to the east before sunup. Jenney Disimon captured this view of Venus above the moon and Mercury on April 2, 2019. Thank you, Jenney! She is in Sabah, North Borneo, which is about 5 degrees north of the equator. Mercury is easier to see from Earth’s equatorial regions and Southern Hemisphere now, but will rise higher and become possible to see from across Earth later this month. 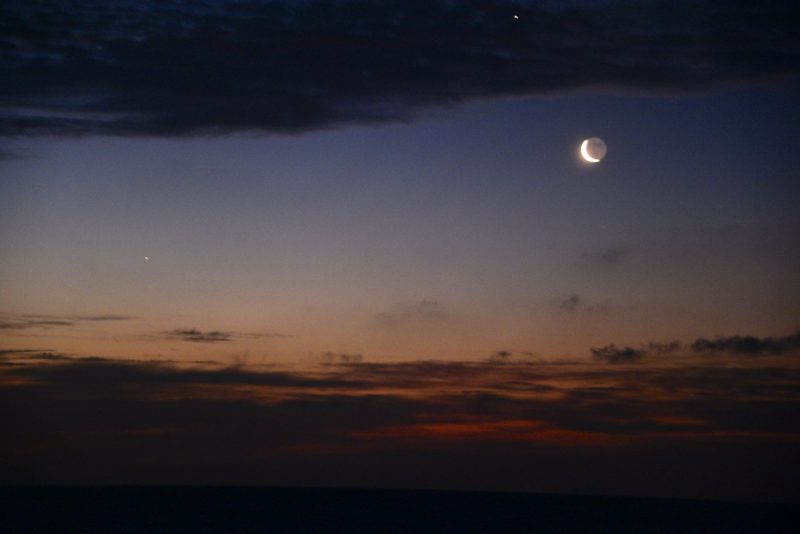 View at EarthSky Community Photos. | How about this for an exciting story? Greg Redfern captured the trio on April 2, 2019, and wrote: “The good ship Azamara Pursuit is racing at 18.6 knots – her full speed with 4 engines on line – due to a medical emergency to Agadir [in mid-southern Morocco]. The wind was howling and the waves crashing as the sky played host to Mercury, Venus and the waning crescent moon. Pics were tough to get under the conditions this morning just off the coast of Tarfaya, Africa.” 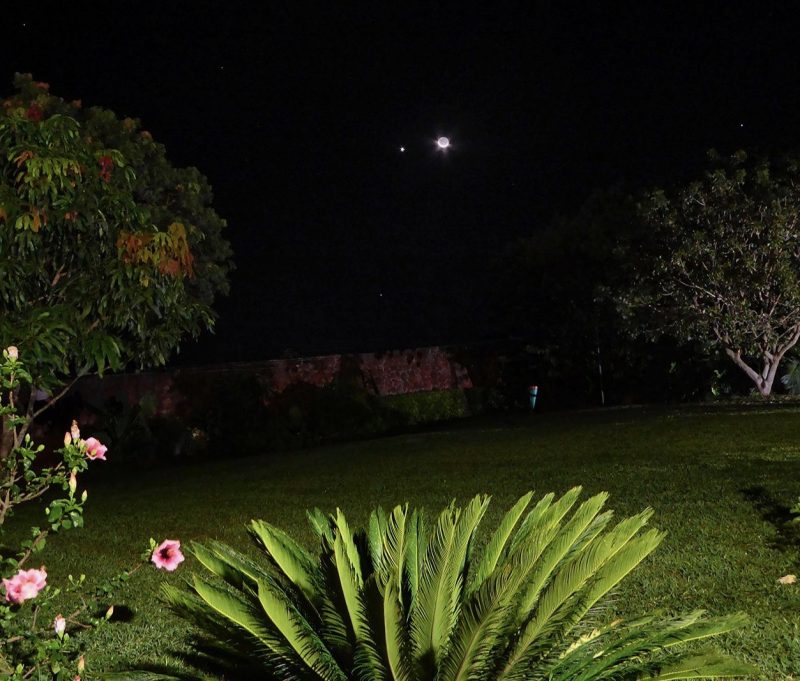 View at EarthSky Community Photos. | Here’s a much calmer view than the one above, from Peter Lowenstein in Mutare, Zimbabwe, on April 2, 2019. He wrote: “Crescent moon, Venus and Mercury (below) rising before dawn behind garden …” 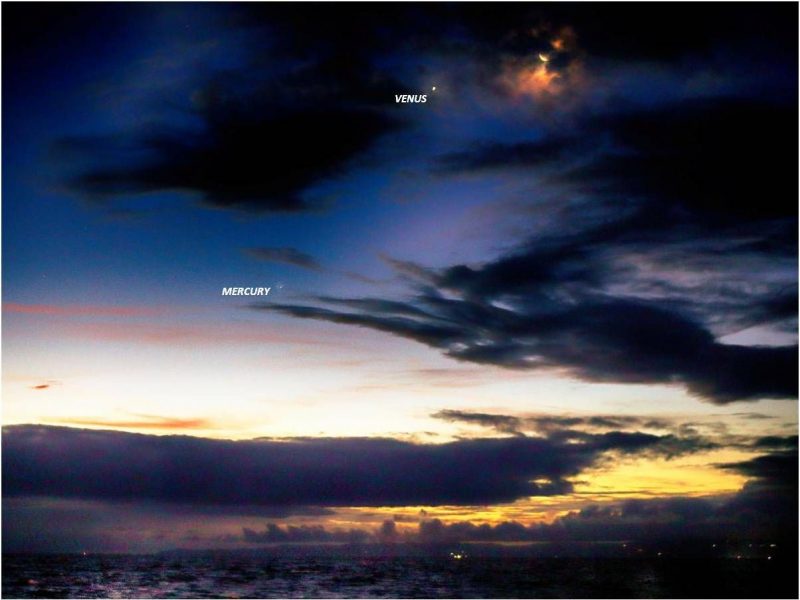 View at EarthSky Community Photos. | Dr Ski also just managed to catch the old moon and Venus on April 2, 2019, and wrote: “The clouds were kind enough to give me a glimpse of Mercury this morning.”

If you want to see Mercury from either hemisphere, keep your eye on Venus. This brilliant beauty of a planet will help guide your eye to Mercury, the innermost planet, when the two come within four degrees of one another (the width of two fingers at arm’s length) in mid-April 2019. The chart below shows the morning of April 16, when we’ll have the closest pairing of the planets Mercury and Venus in the morning sky for all of 2019. 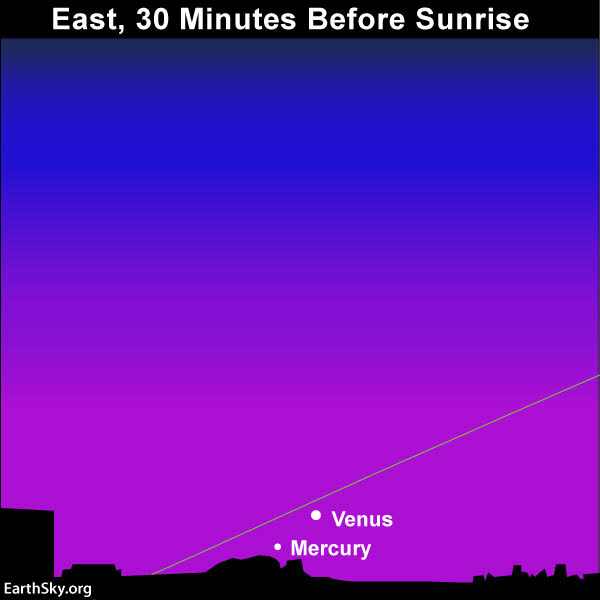 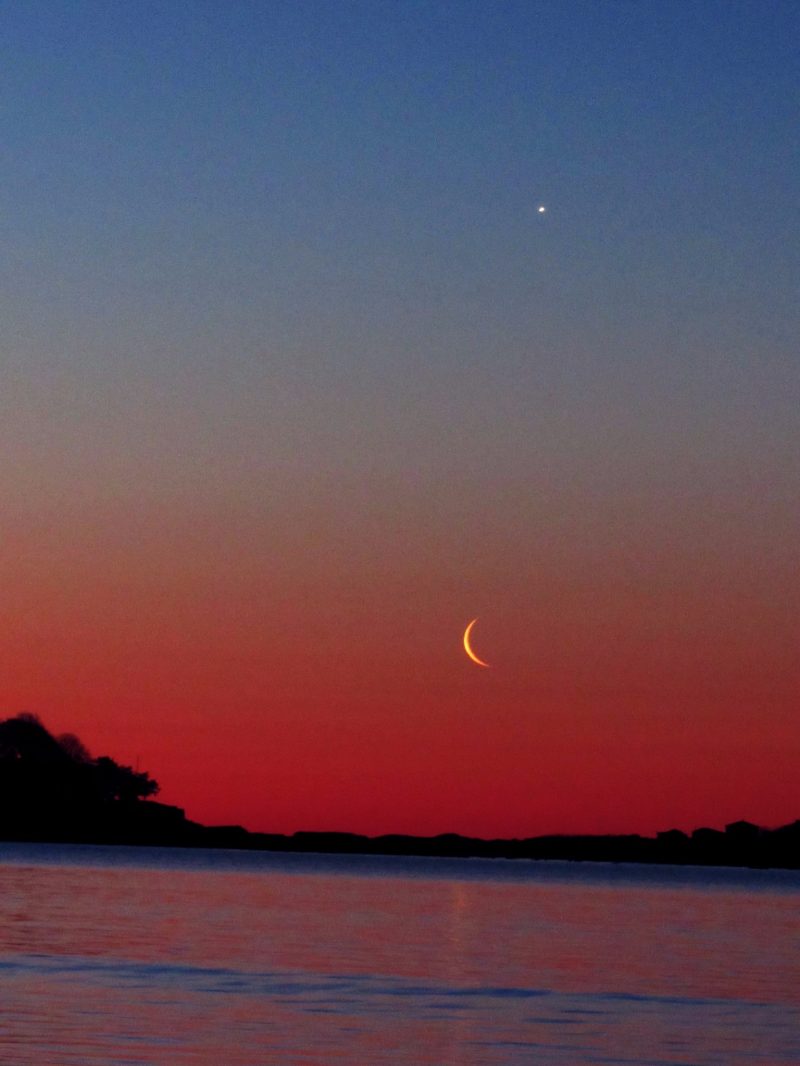 View at EarthSky Community Photos. | Mary Chalifour was at Devereaux Beach in Marblehead, Massachusetts, when she caught the old moon at first light on April 2, 2019. She wrote: “It was a sight to behold!”

Bottom line: Photos from the EarthSky community of Venus, the old moon and Mercury in the east before sunup in early April 2019. Farewell, old moon! Watch for the moon to return to the west after sunset around April 6 or 7.