Will 2018 give us a bright comet? There are a couple of possibilities. In the meantime, here are some photos of comets, visible through telescopes, as 2018 begins. 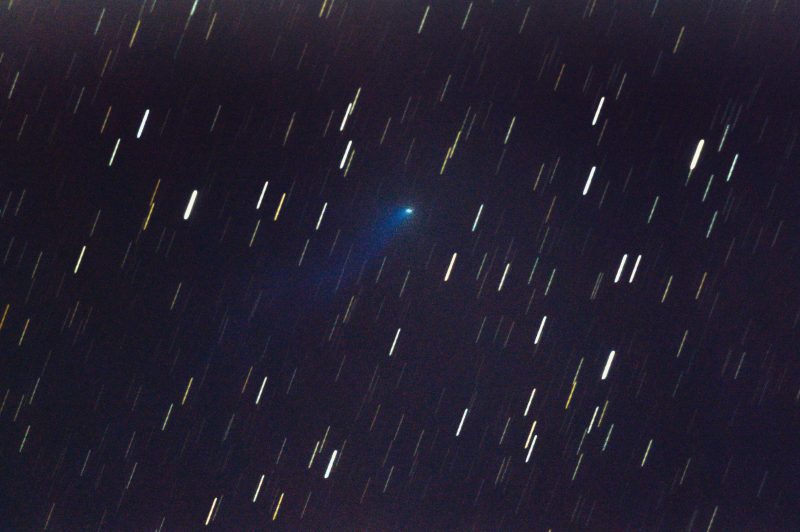 View larger. | Greg Hogan in Kathleen, Georgia created this stacked image of Comet C/2016 R2 PANSTARRS from photos he caught on January 6, 2018. This was around the time of this comet’s closest approach and maximum brightness.

At any given time, astronomers with large and small telescopes are tracking faint and bright comets in our night sky. As 2018 began, EarthSky community photographers captured two different comets: Comet C/2016 R2 PANSTARRS (above and below) and Comet C/2017 T1 Heinze (bottom image). Neither comet was visible to the eye alone; all the images on this page were taken with the aid of telescopes. Will we have a bright comet in 2018? That would be exciting, and it’s not impossible, but – the fact is – no one can say for sure at this point. There are some comets known to be returning this year, however, that might become bright enough to be viewed without optical aid.

Comet 21P/Giacobini-Zinner – parent comet of the October Draconid meteors – might be possible with the unaided eye by the end of August 2018. If so, it might remain visible to the eye throughout September.

Comet 46P/Wirtanen might become visible to the eye by the end of the year.

And, of course, there’s always the hope and chance that an as-yet-unknown comet will sweep into our part of space and become not just visible, but bright!

So stay tuned! If EarthSky hears of a comet getting bright enough to be visible with the eye alone, we’ll tell you! 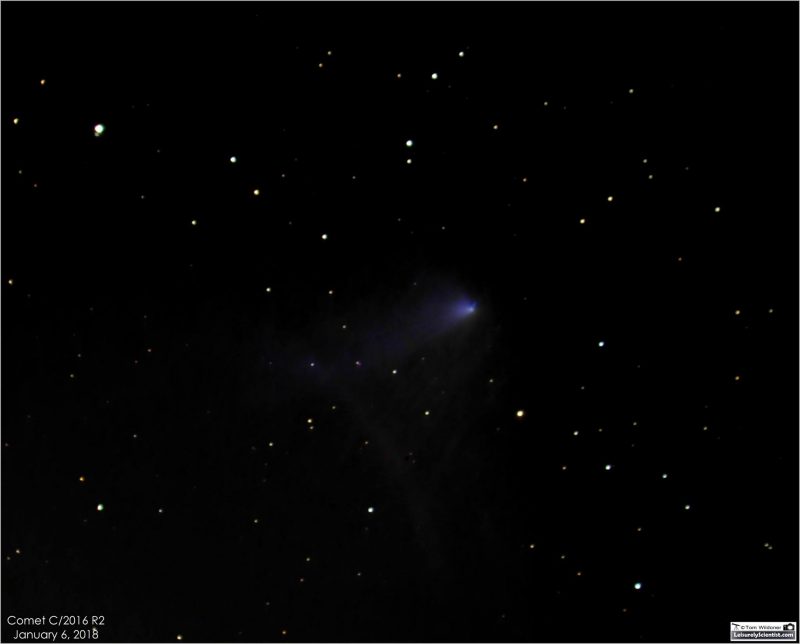 Comet C/2017 T1 Heinze also made a close approach to Earth in early January, 2018. Here it is on January 3 – the day before closest approach – when it was about 21 million miles (34 million km) from Earth. Mike wrote: “The GIF is composed of 8 images each 20 seconds long with a 5-minute interval between images. The full moon was only 42 degrees to the southeast of Comet Heinze which did not help show the comet tail very well which is to the left of the comet coma.”

Bottom line: Will 2018 give us a bright comet? It’s too early to tell, but there are a couple of possibilities for comets that might be viewable with the eye alone. In the meantime, here are some photos from the EarthSky community of comets visible through telescopes, around New Year’s.