Did you see the moon sweep past the planets this week? Spectacular images from EarthSky friends here. Thanks to all who submitted! 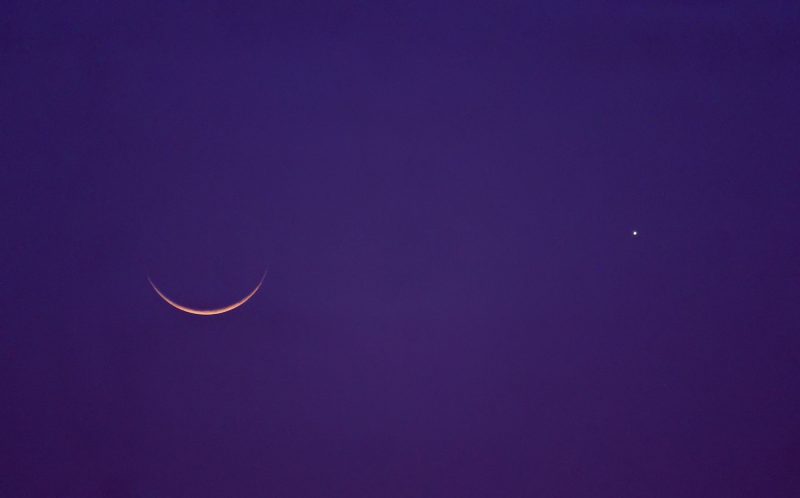 Very thin waning crescent moon and bright planet Venus, on the morning on October 18, 2017, caught by Chander Devgun in India. The moon appears reddish, because it was low in the predawn sky, near the sunrise. 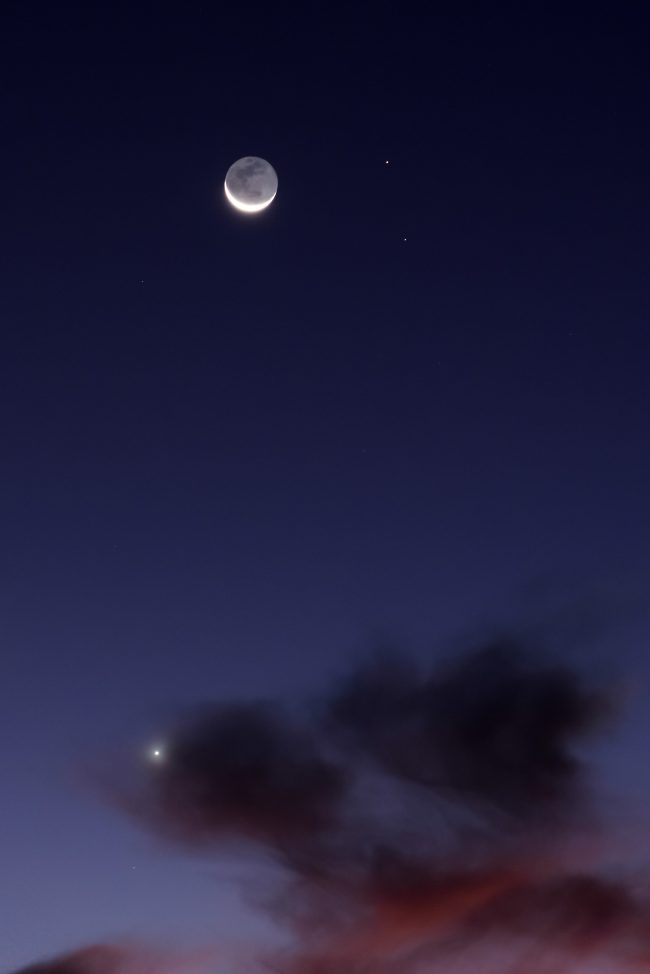 On the morning of October 17, it was Mars next to the moon, and the moon was above bright Venus. This image is from Hope Carter in Martin, Michigan. See Venus toward the bottom of the photo? Now look at the 2 fainter “stars” to the right of the moon. The upper one is Mars, and the lower one is a true star, Zavijava in the constellation Virgo. 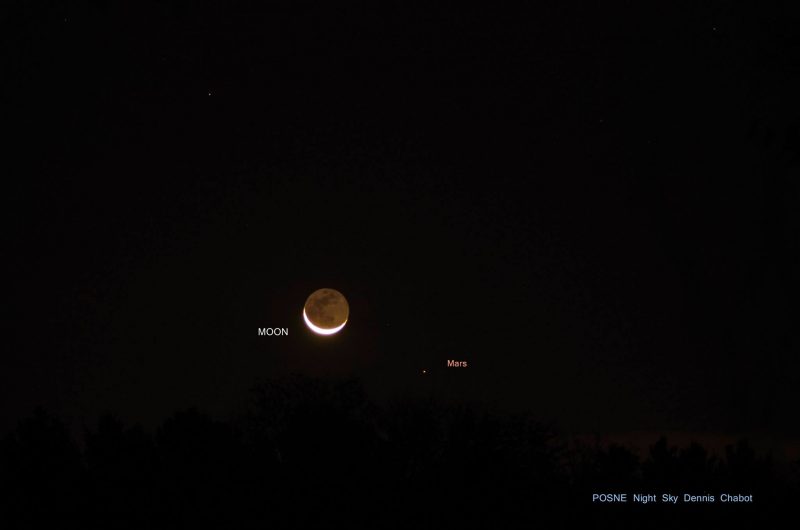 Here’s a closer look at the October 17 moon and Mars, from Dennis Chabot. 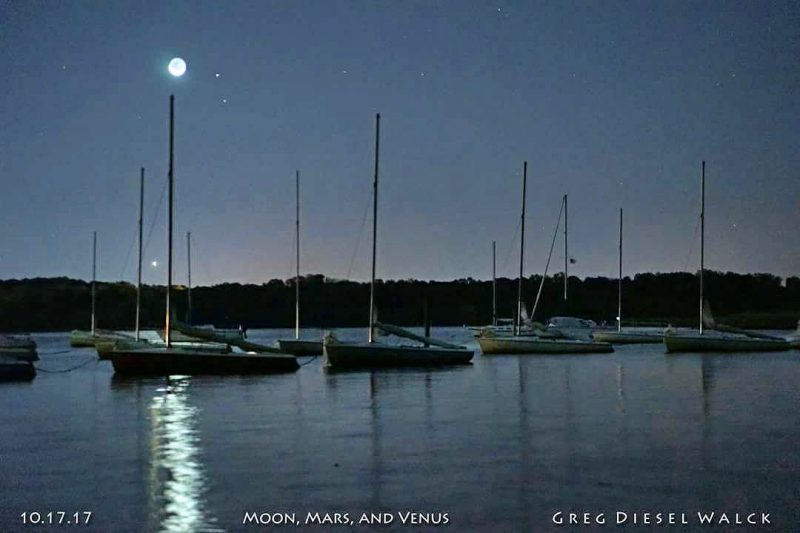 October 17 moon, Mars and Venus by Greg Diesel-Walck. He wrote: “I went out very early on the coldest morning so far of autumn.” 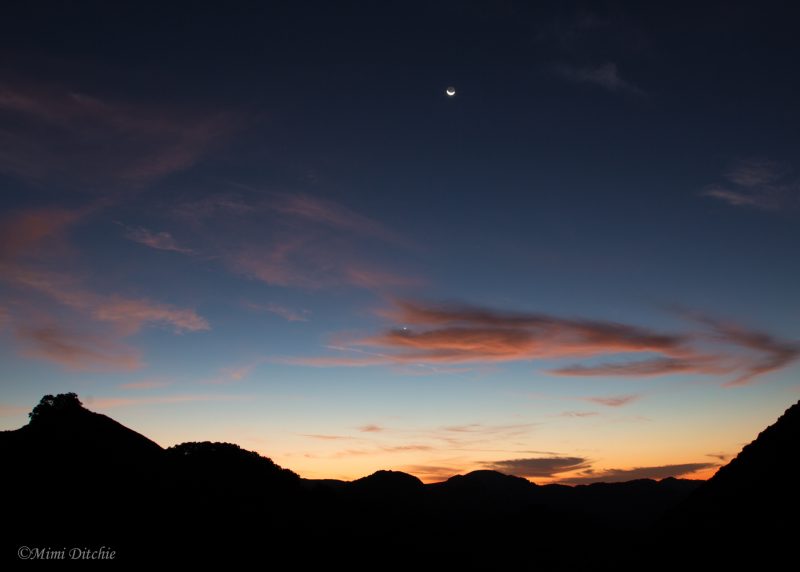 Mimi Ditchie caught the moon high above Venus on the morning of October 16, 2017. She was at See Canyon Road, near Avila Beach, California.