Did you miss the moon’s sweep in the last few nights past our solar system’s biggest planets, Jupiter and Saturn? Here are a few photos – from the EarthSky Community – of that glorious night sky scene. 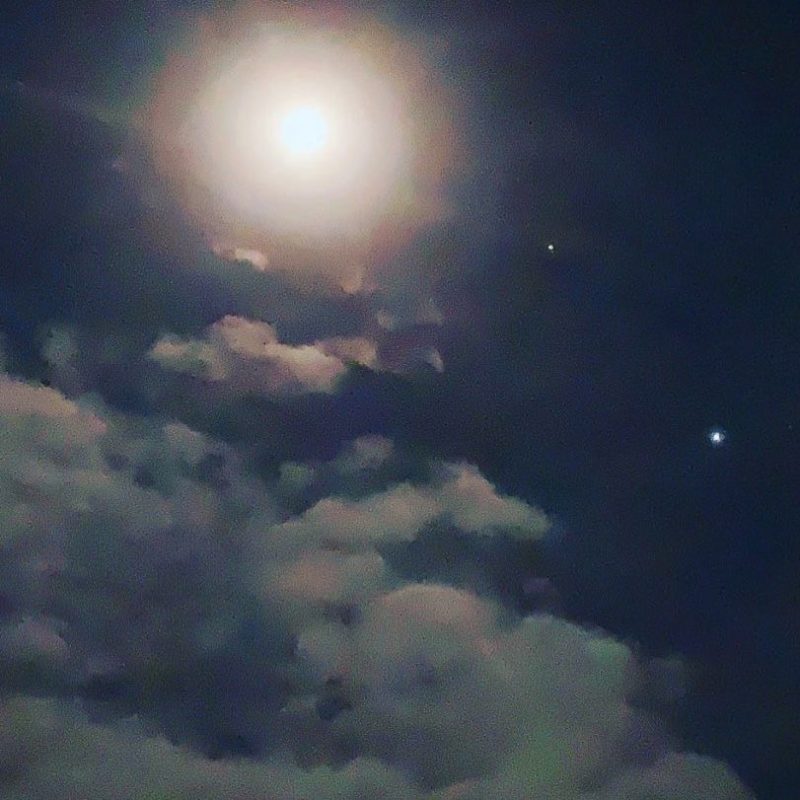 View at EarthSky Community Photos. | The moon swept past Jupiter and Saturn on the nights of September 23 to 26. Gene Hettel in Calamba, Laguna, Philippines, caught the bright trio on September 26. Thank you, Gene. 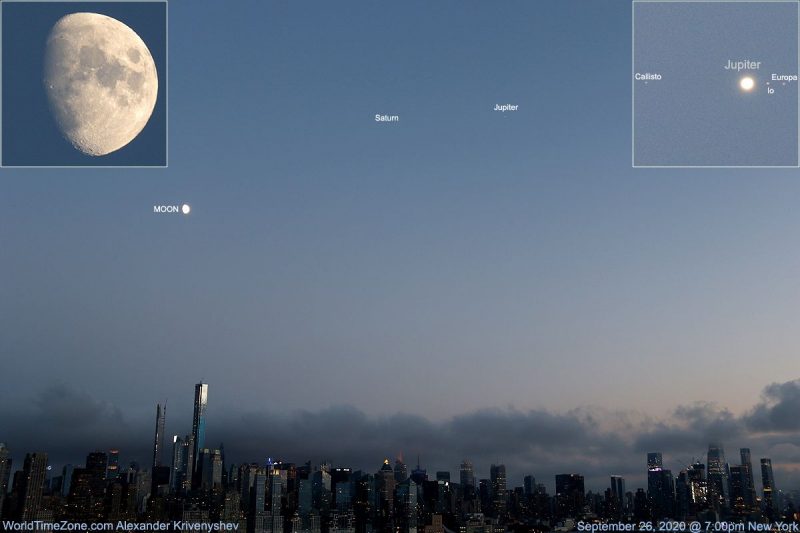 View at EarthSky Community Photos. | Jupiter and Saturn are headed for a great conjunction before 2020 ends. Our friend Alexander Krivenyshev of the website WorldTimeZone.com caught this shot on September 26, 2020, and wrote: “Twilight view of the moon, Jupiter (with its moons) and Saturn over the New York City skyline.” Thank you, Alexander. 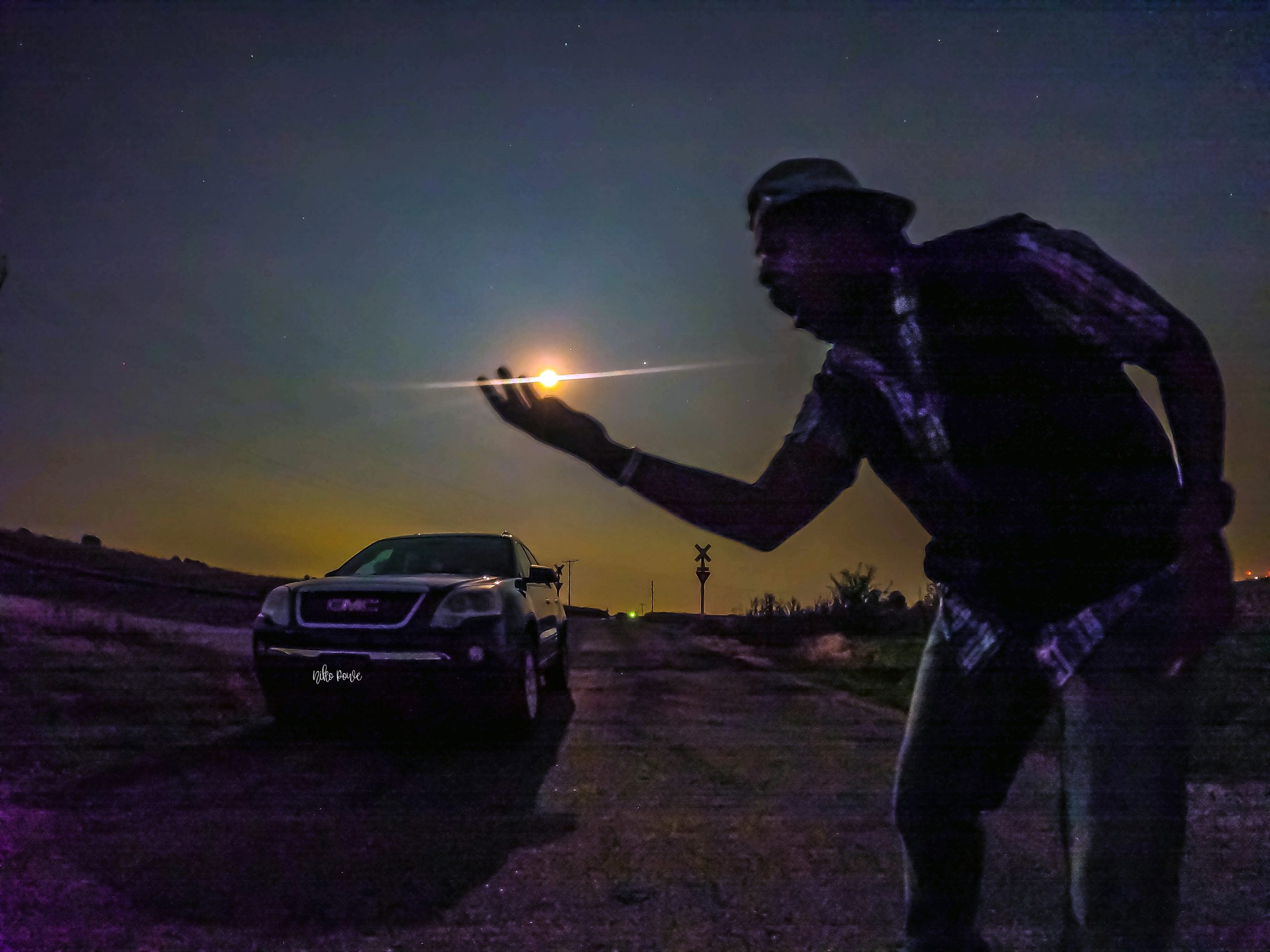 View at EarthSky Community Photos. | Niko Powe captured this self-portrait along with the moon and planets on September 25, 2020. He wrote: “Catching the moon, Jupiter, and Saturn in Kewanee, Illinois! Have a pleasant evening.” Thank you, Niko! 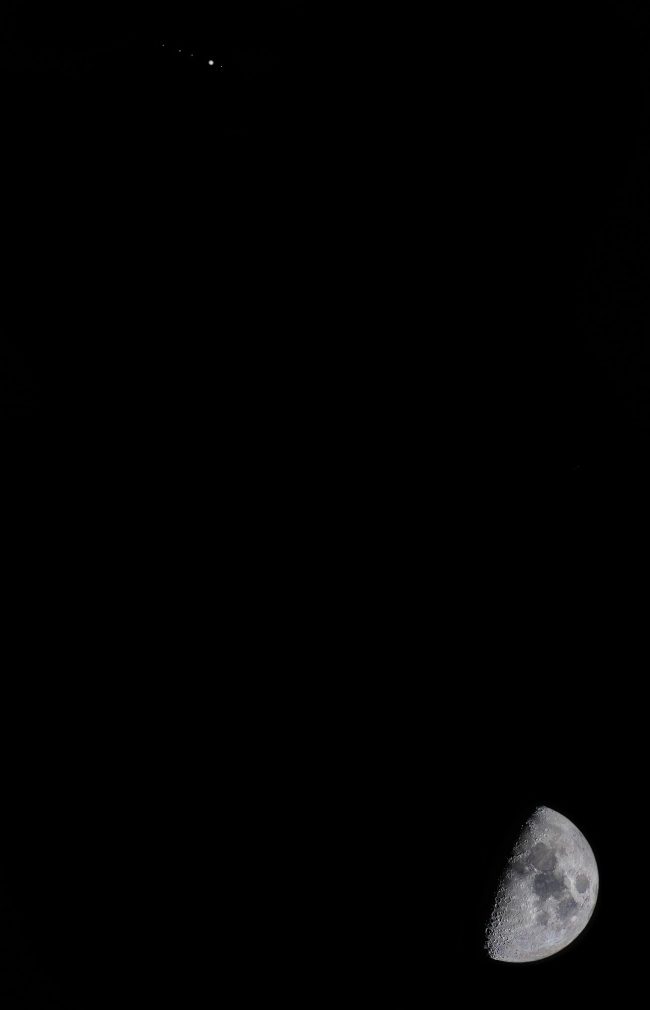 View larger at EarthSky Community Photos. | John Nelson was at Puget Sound, Washington, on September 24, 2020, when he captured this image. See Jupiter and its moons in the upper left? John wrote: “We had fairly heavy rain all day (September 24) so I wasn’t expecting to be able to see the Jupiter/moon conjunction but was pleasantly surprised when the clouds cleared out for a few hours. It would have been nice if Jupiter was a little closer but I was happy to catch the conjunction. All 4 Galilean moons were visible. I brightened them up just a bit in Photoshop Elements so they would be easier to see in a photo that you can’t zoom in on. From left to right, the moons are Callisto, Ganymede, Europa and just to Jupiter’s right is Io.” Thank you, John.

Bottom line: Photos from the EarthSky community of the moon’s sweep past our solar system’s biggest planets – Jupiter and Saturn – in late September 2020.