Monday and Tuesday nights, the waning moon and this planet were near each other and the 2 brightest things in the night sky. Photos from the EarthSky community. 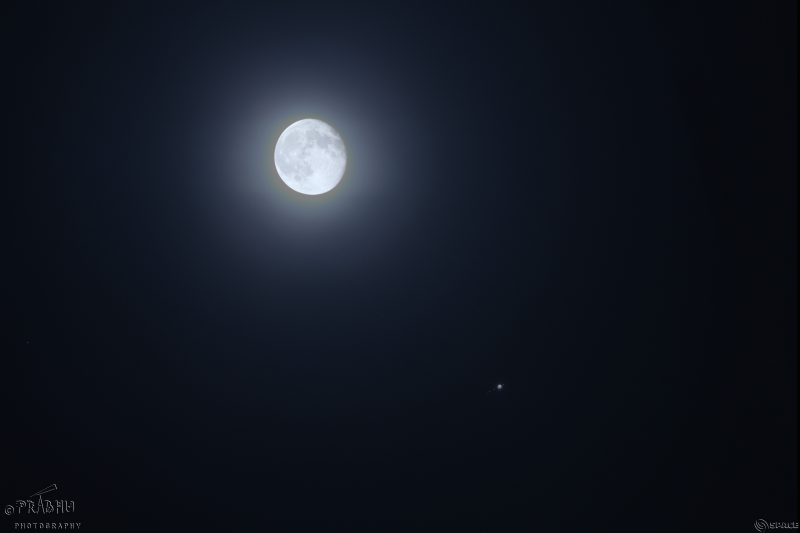 Moon and Jupiter early Wednesday morning – March 15, 2017 – from Prabhakaran A in India. View larger to see the little line of starlike objects near Jupiter. These are the planet’s famous Galilean moons. 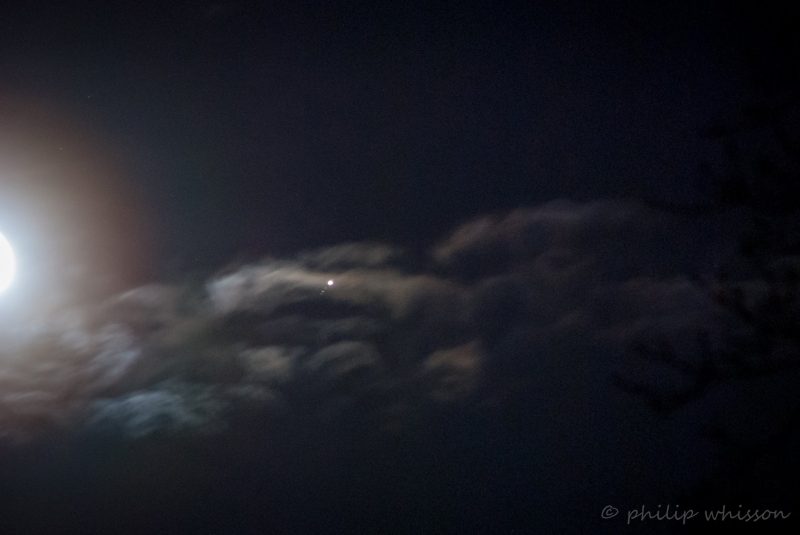 Phil Whisson in Midlands, UK wrote: “Gorgeous view of the moons tonight … ours and Jupiter’s.” 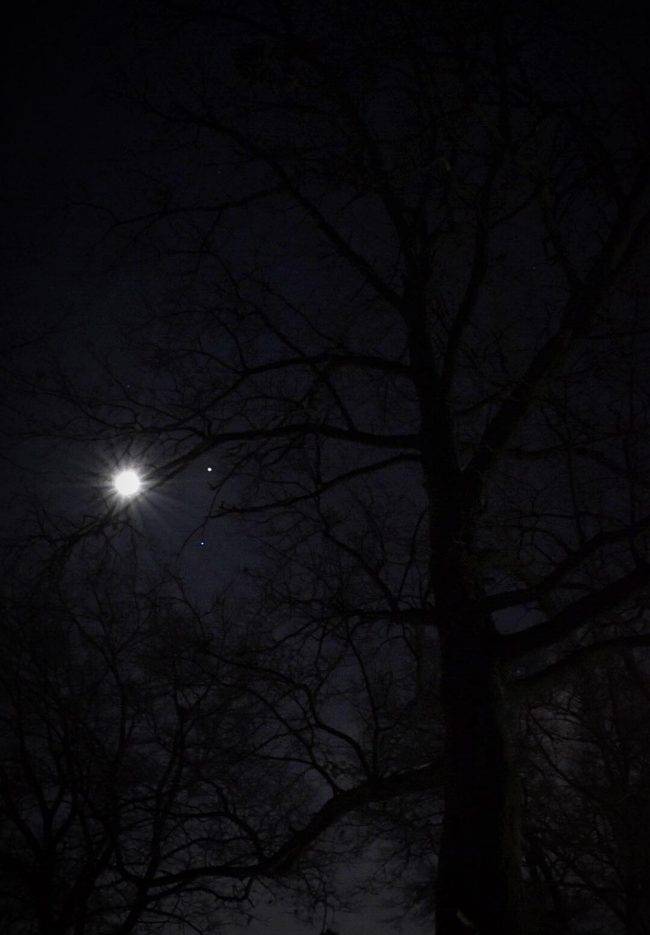 Here’s a view from Cara Fallis-Valdez in Michigan on the night of March 14, 2017. The bright star near Jupiter and the moon on these nights was Spica in the constellation Virgo. The moon and Spica will be near each other for some months in 2017. 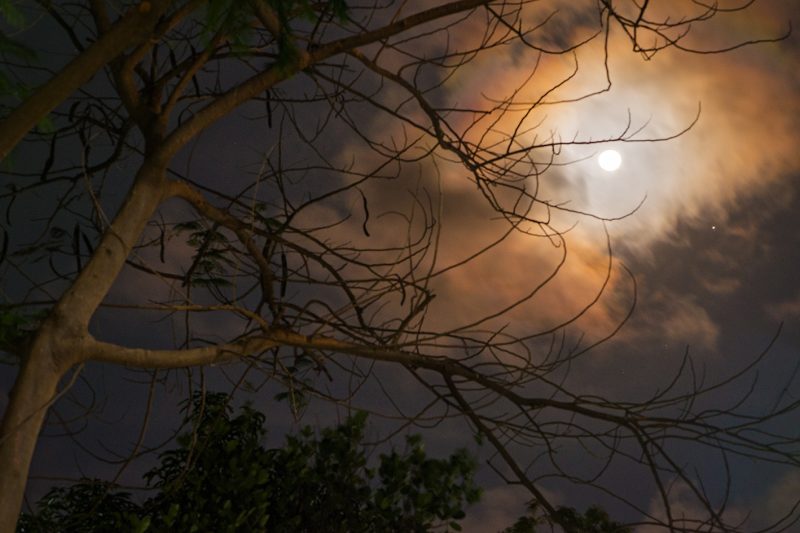 Arjun Cheyyur in India wrote: “The moon, with a faint corona, and Jupiter as seen from Besant Nagar in Chennai.” 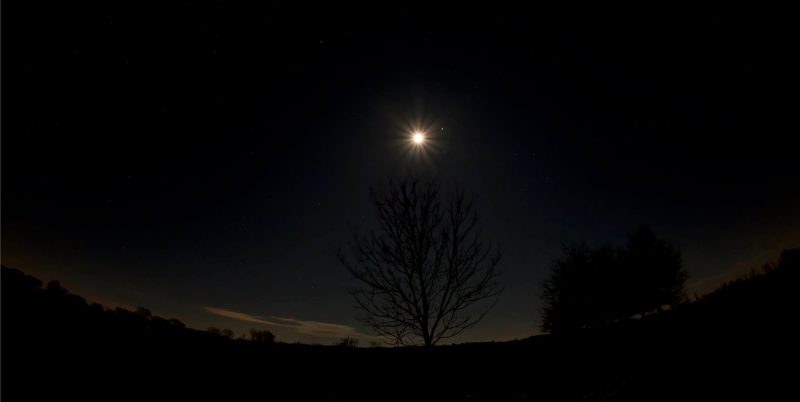 The moon, along with Jupiter and the star Spica in the moon’s glare, on the morning of March 15, 2017. View larger to see another bright star, Arcturus in the constellation Bootes, is above left. Shot with a mild 12mm fisheye lens and cropped a bit, by Ken Christison in North Carolina. 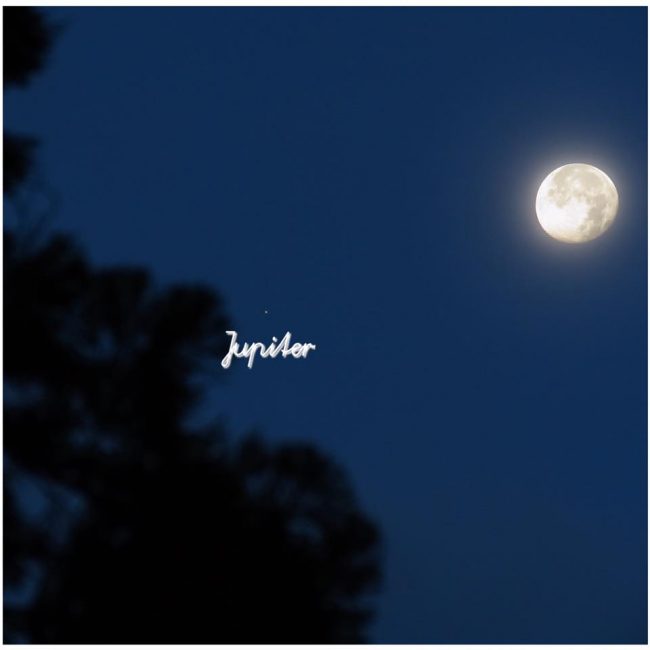 Moon and Jupiter on the morning of March 15, 2017 from Jenney Disimon in Sabah, North Borneo. 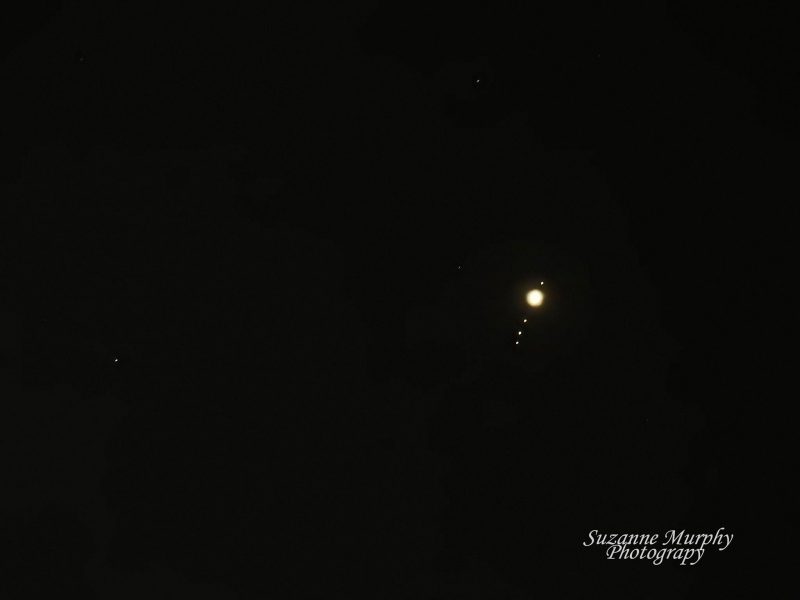 Jupiter and its 4 largest moons, the 4 Galilean satellites, from Suzanne Murphy in Wisconsin. From bottom to top: Callisto, Ganymede, Europa, and Io. March 14, 2017. 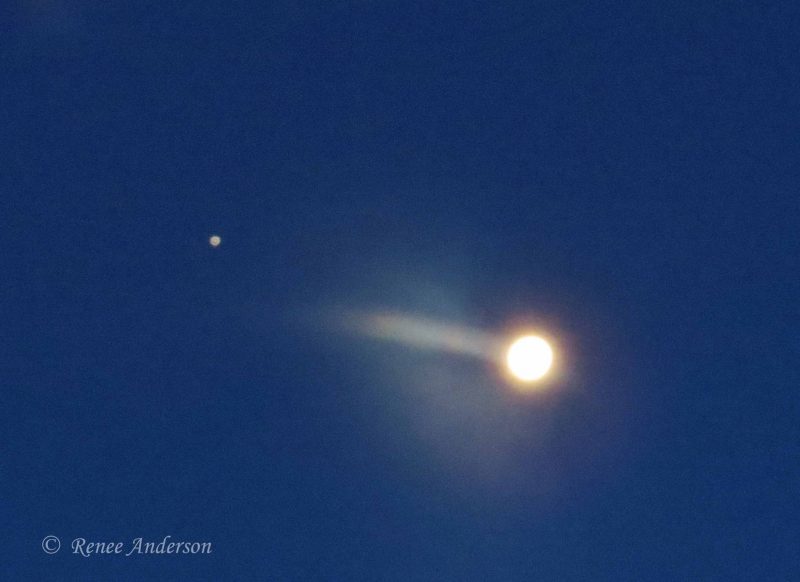 Impressionistic moon and Jupiter on the morning of March 14, 2017 via Renee Anderson in central Florida. 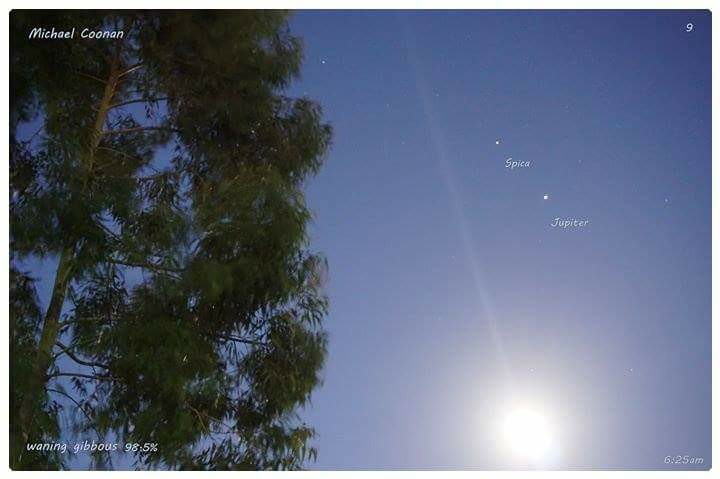