Western New York digging out from intense snow and ice

An intense storm and lake-effect snow walloped upstate New York – especially rural areas in western New York – in late February 2020. On the shores of Lake Erie, the storm created a dramatic display of thick, windblown ice on homes and buildings. 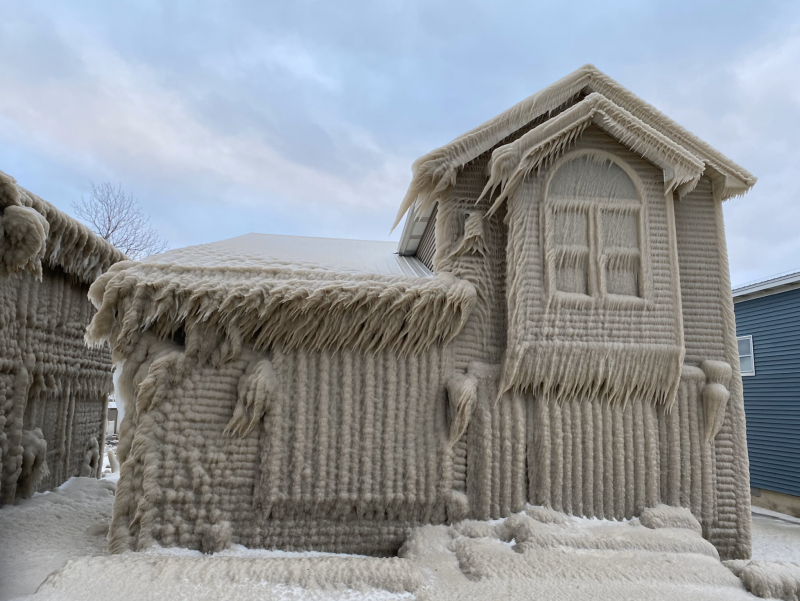 A powerful storm brought blizzard conditions and lake effect snow to upstate New York late last week. What is lake effect snow? If you live on the downwind side of a large lake, you’re probably all too familiar with it. It happens when cold winter air moves over a relatively warm body of water. That’s what happened last week, when cold air moved over Lake Erie and Lake Ontario, creating a small-scale but super intense snowstorm in the western part of the state, beginning around Thursday, February 27, and extending into last weekend. According to the Washington Post’s awesome Capital Weather Gang on February 28:

The video below from Weather Nation on Facebook shows the storm itself and the dangerous whiteout driving conditions it created.

Heavy lake-effect snow and high winds buried parts of upstate New York near the Great Lakes beginning on February 27,2020 and continued to rage throughout Friday.

The result of the storm? Parts of upstate New York are still digging out from the snow and ice. The heaviest snowfall appears to have been concentrated in rural areas east of Lake Erie and Lake Ontario, where, in some places, some 4 feet of snow fell. What’s more, the storm left thick, fairylike ice on homes and buildings … some sources said it might take weeks to dig out from the snow. 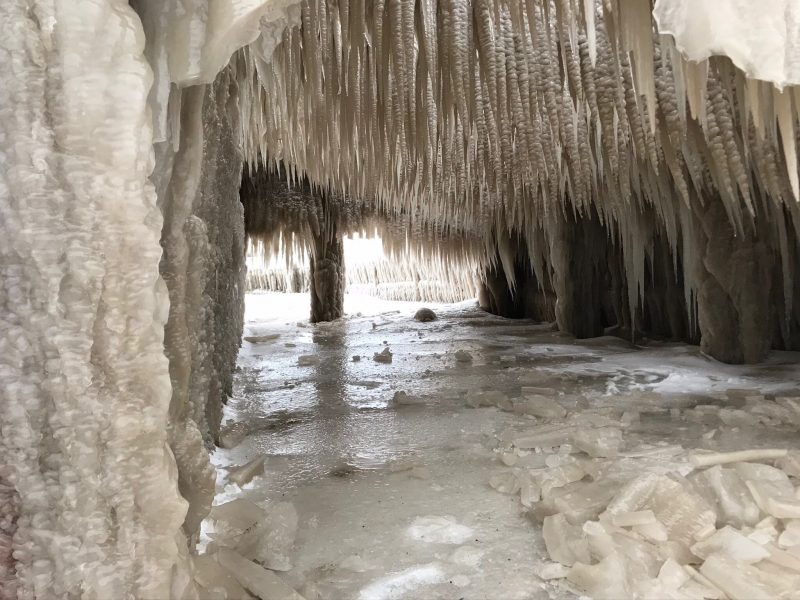 View at EarthSky Community Photos. | Jack O’Brien captured this image on March 1, 2020, on an ice-covered patio in Hamburg, New York. Thank you, Jack!

There are lots more amazing photos of the thick ice left in the aftermath of this winter storm – taken by Jeffrey T. Barnes of Associated Press – on this page from MellonPost in New York.