The moon swept past the very bright planet Jupiter in late April, shortly before the giant planet was at its closest and brightest for the year. Gorgeous photos from the EarthSky community, here. 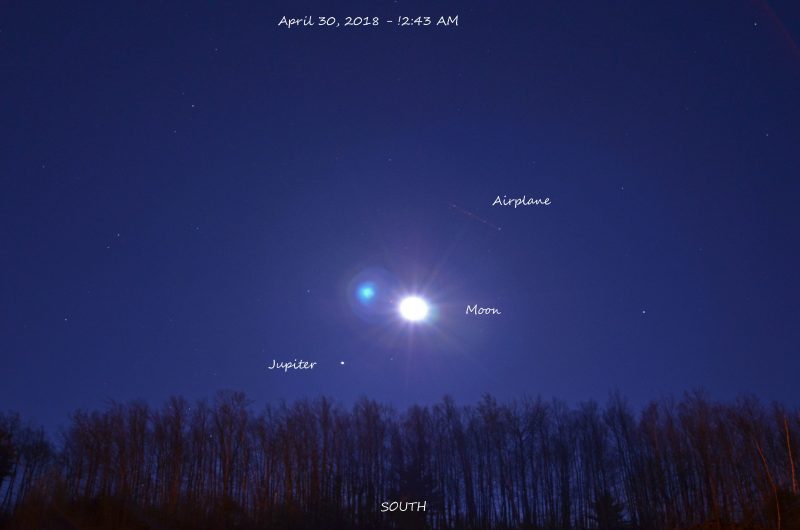 Patricia Evans in Seabrook, New Hampshire, managed to catch the moon and Jupiter just after midnight on April 30, along with the navigation lights of a plane flying overhead. The greenish blob to the immediate left of the moon isn’t a real sky object. It’s a camera artifact known as a lens flare, frequently seen in photos of bright objects such as the sun and moon. Sometimes lens flares are a nuisance and sometimes, as in this case, they can add interest to a photo. 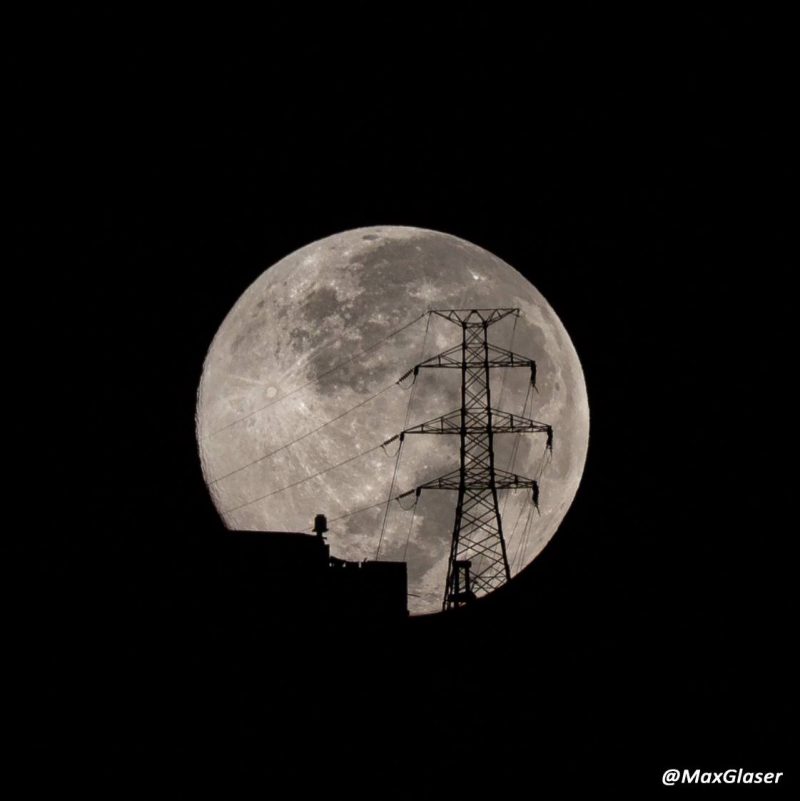 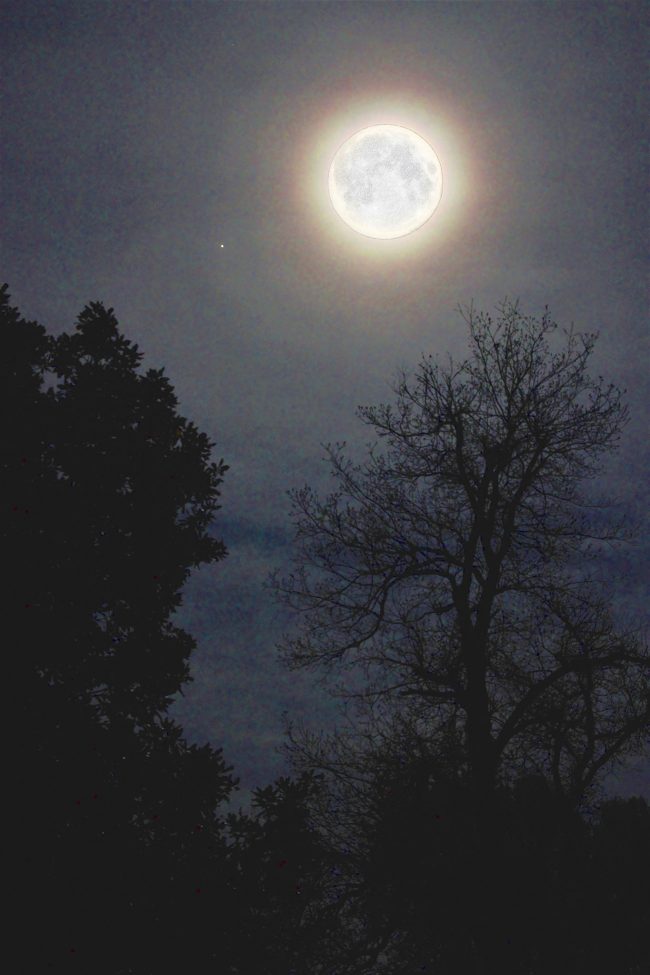 Full moon and Jupiter – April 29, 2018 – shining through the hazy night over Oklahoma, captured by Mike O’Neal. 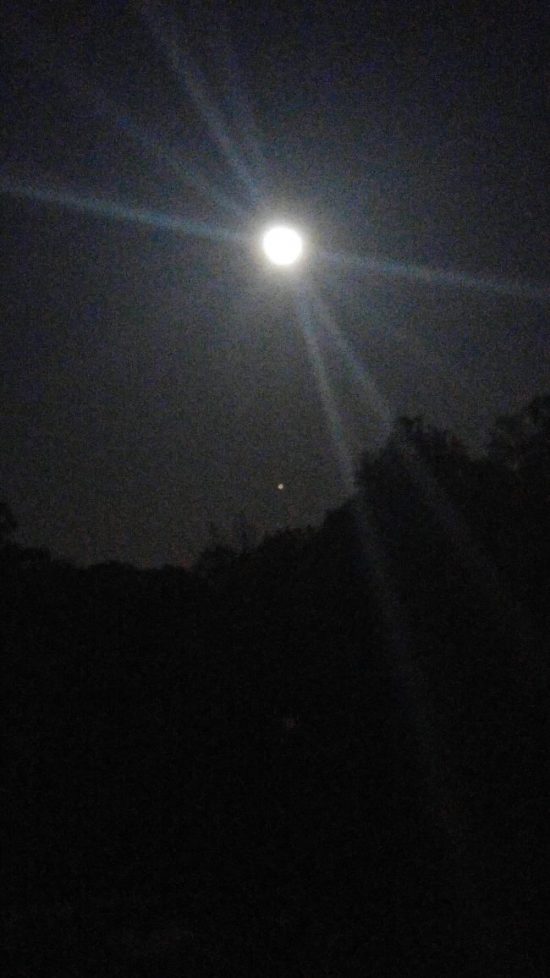 April 29, 2018, full moon with Jupiter rising below it, from Scott Poole in Concord, North Carolina. 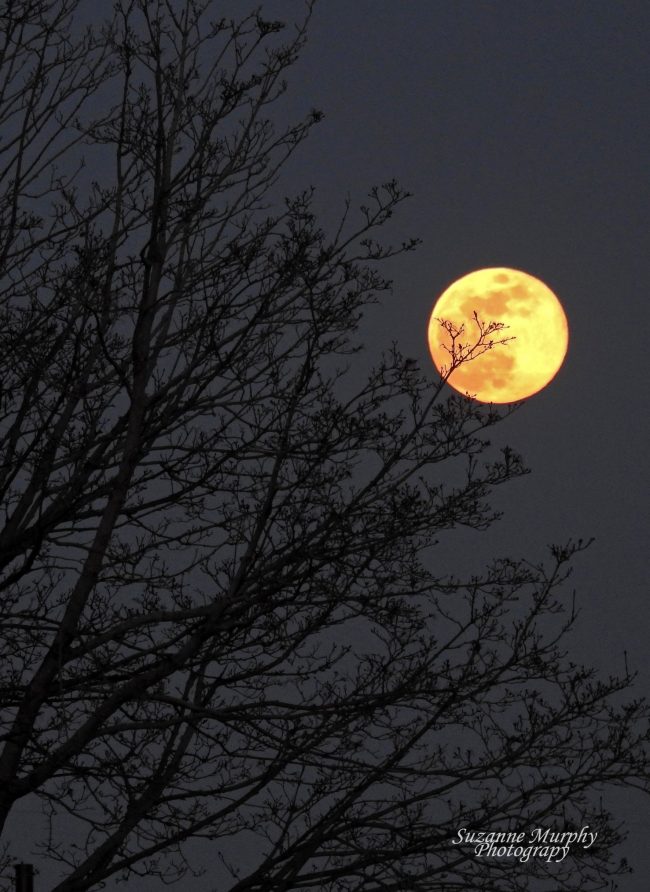 Earth is about to pass between the sun and Jupiter, placing it opposite the sun in our sky. That’ll be Jupiter’s yearly opposition, on May 9. A full moon is also opposite the sun. That’s why this full moon was near Jupiter. Photo by Suzanne Murphy Photography in Wisconsin, April 29, 2018. 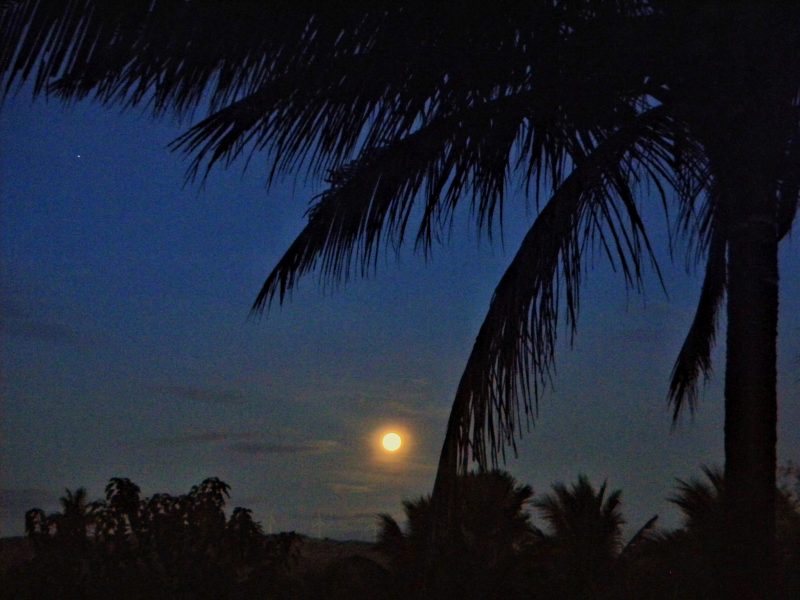 As the full moon rose in one part of the world, it set in another. Setting full moon and Jupiter (upper left) by John Jairu Lumbera Roldan in the Philippines. 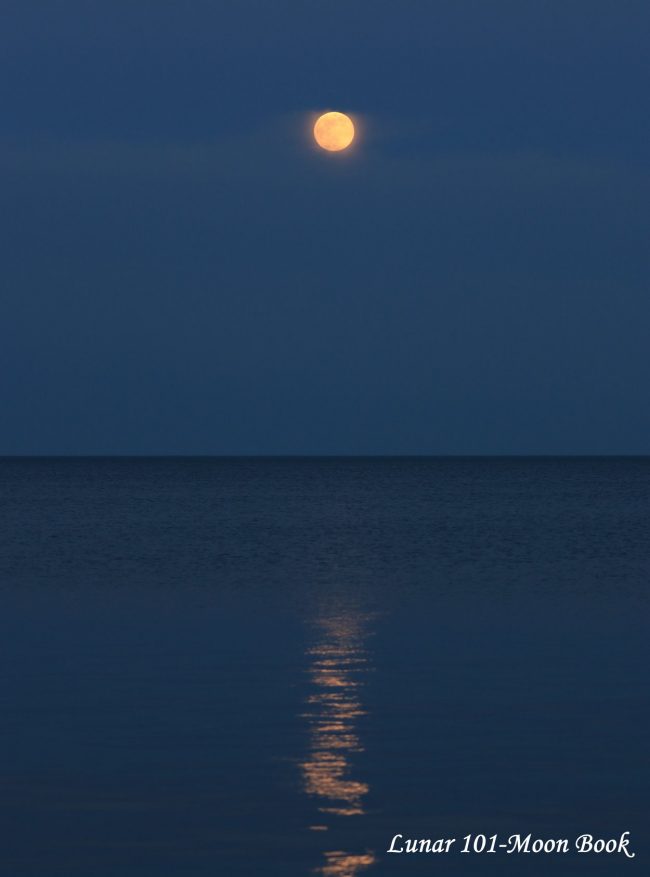 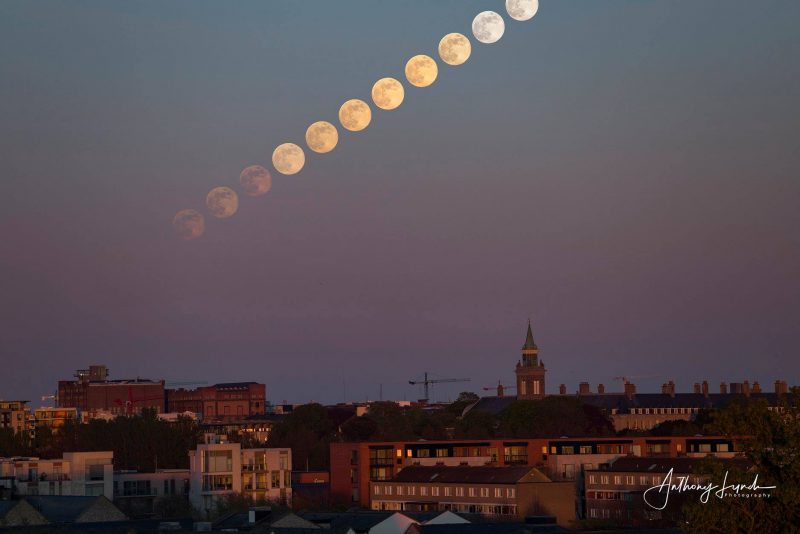 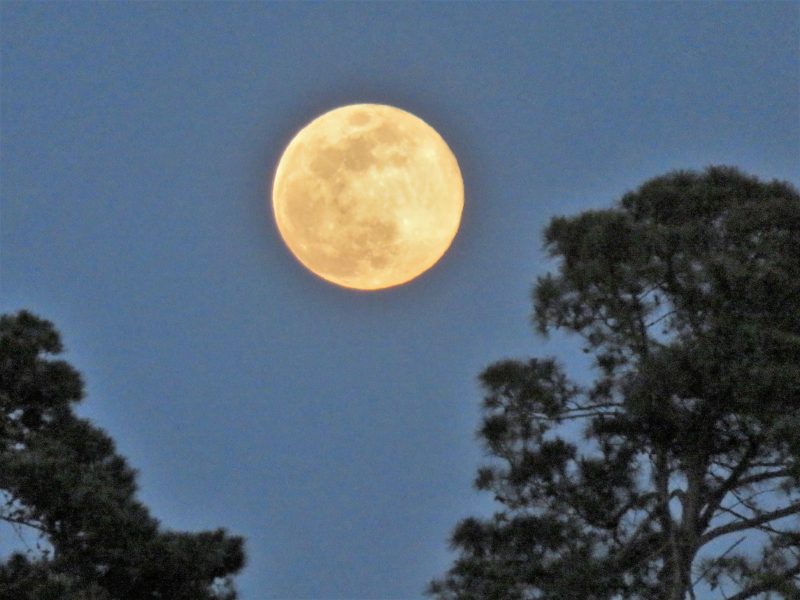 Being opposite the sun, all full moons rise in the east as the sun sets in the west. Here’s Sunday night’s full moonrise – April 29, 2018 – by Tonia Coleman-Klein in Augusta, Georgia. 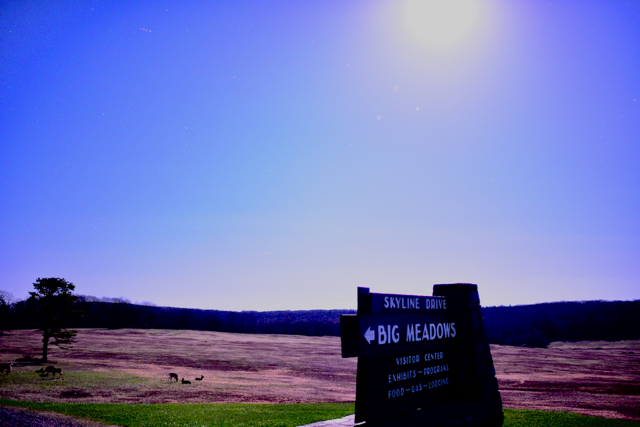 Greg Redfern of the blog What’s Up? The Space Place captured the moon and Jupiter on April 29 at Shenandoah National Park – extending along the Blue Ridge Mountains in the U.S. state of Virginia – in a section of the park called Big Meadows. He wrote, “Remember, half the Park is after dark!” 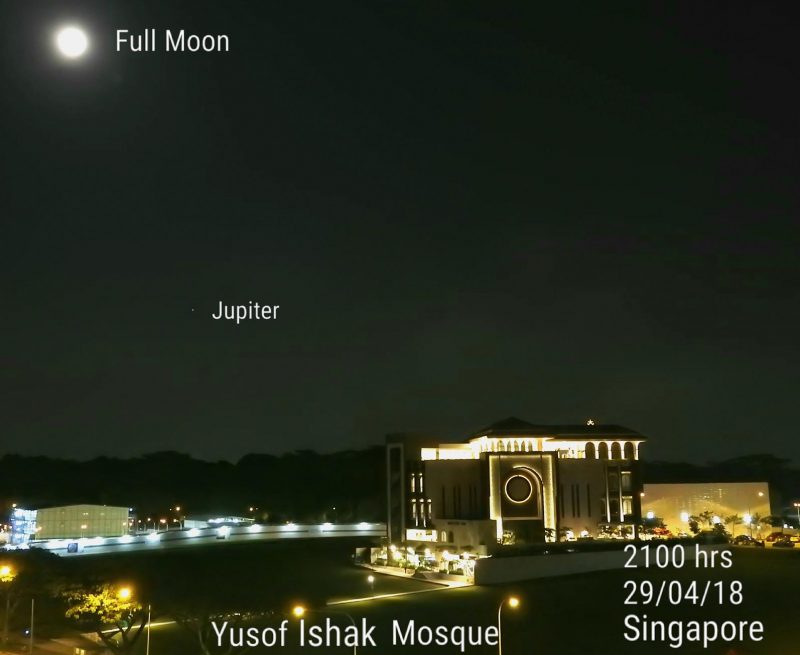 A Kannan wrote: “On Sunday night, April 29, the full moon in Singapore was shining so brightly and was clearly visible. The planet Jupiter was below it and the pair moved across the sky from sunset to sunrise. In the foreground of the pictures is the Yusof Ishak Mosque, which was opened in 2017 and named after Singapore’s first President, Yusof Ishak (1965-1970).” 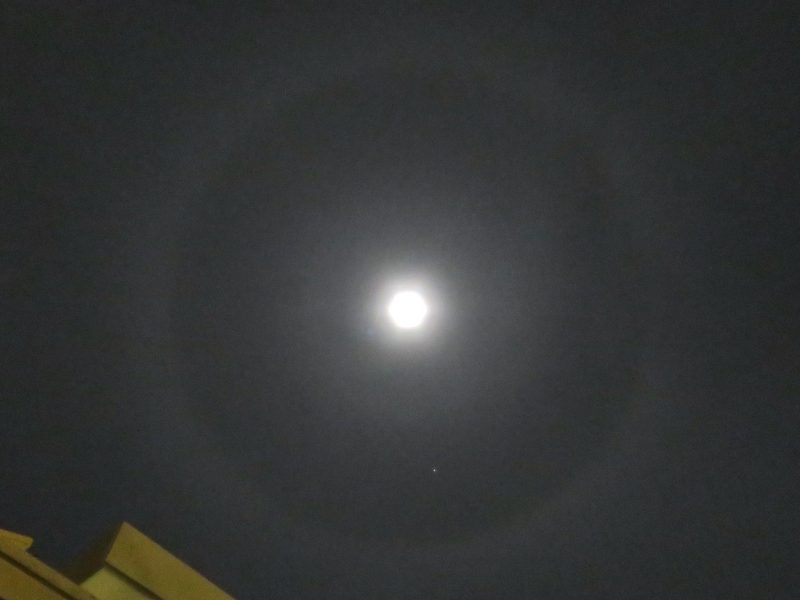 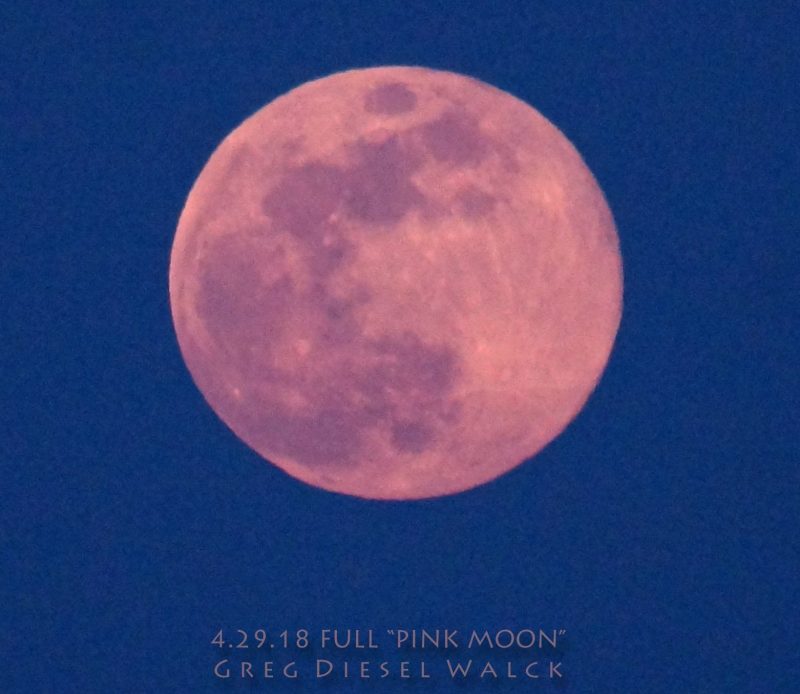 Greg Diesel Walck pointed out that the April full moon goes by the name Pink Moon and “… it was in fact close to that color, but not because of the name. The moon always appears yellow, orange, or red shades when low on the horizon for the same reasons that the sun appears deep colors when rising or setting through the atmosphere.” 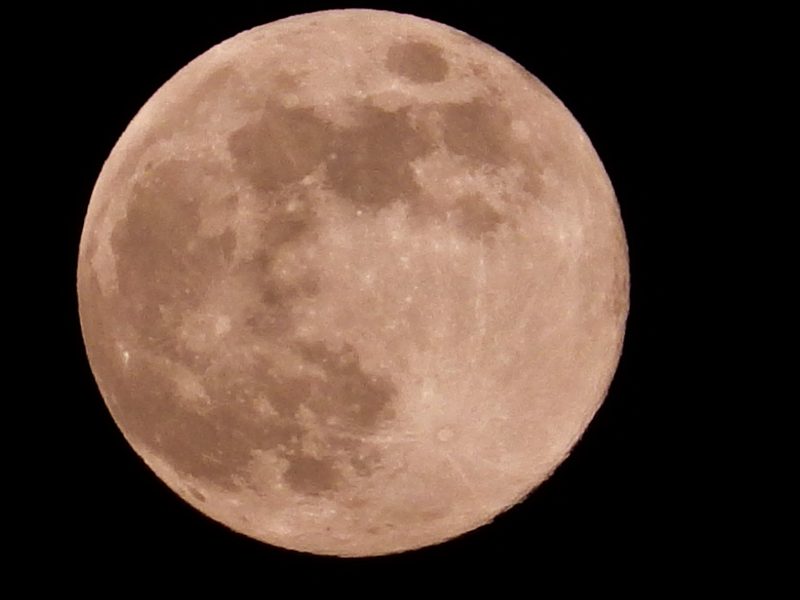 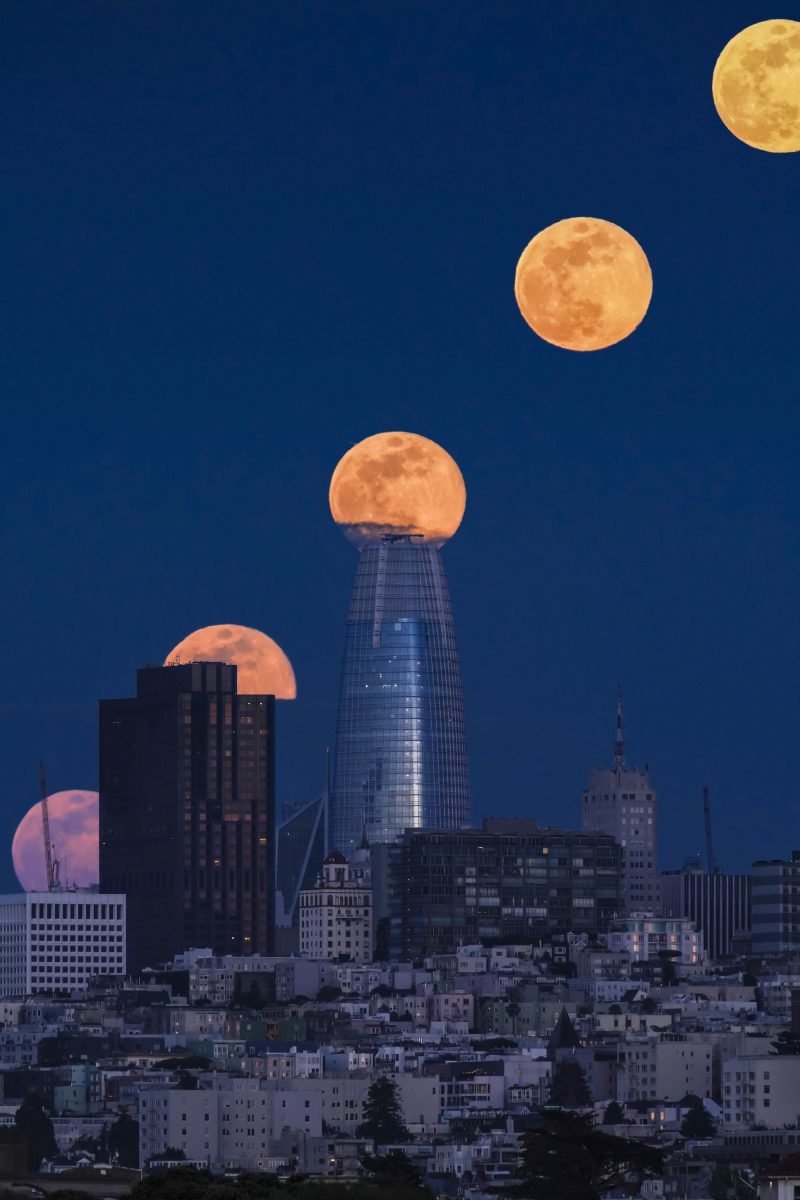 Kwong Liew composed this image of 5 shots taken on April 29, over Salesforce Tower in San Francisco. 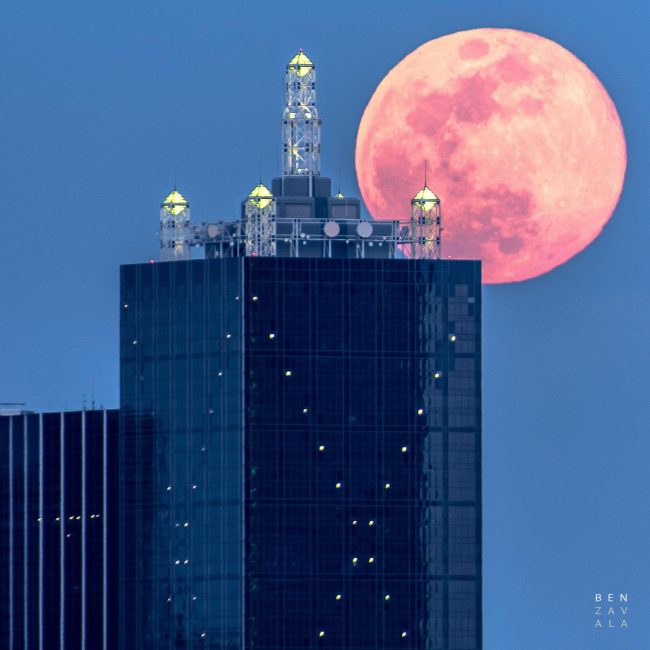 Full moon rising behind the Renaissance Tower in Dallas, Texas, from Ben Zavala. 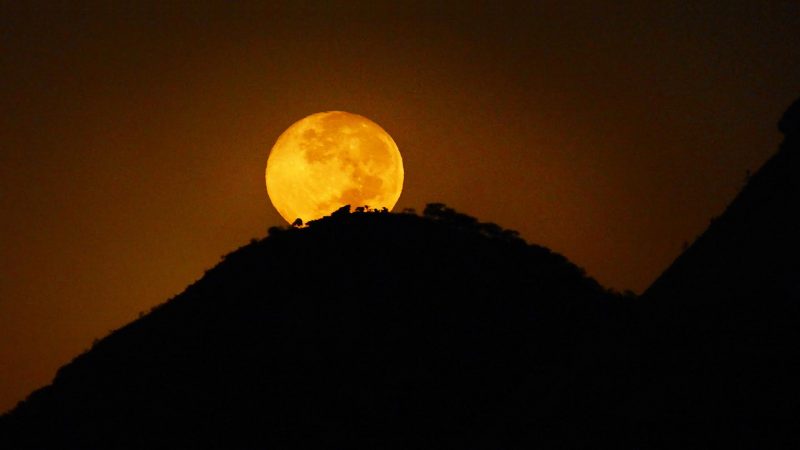 Peter Lowenstein in Mutare, Zimbabwe, saw the moon set around 5 a.m. on April 29, 2018. Peter wrote he saw the moon “… setting behind Murahwa Mountain. This beautiful composite combines an image of the moon setting with a time exposure of the mountain backlit by moonset afterglow.” Panasonic Lumix DMC-TZ60 in sunset scene mode. 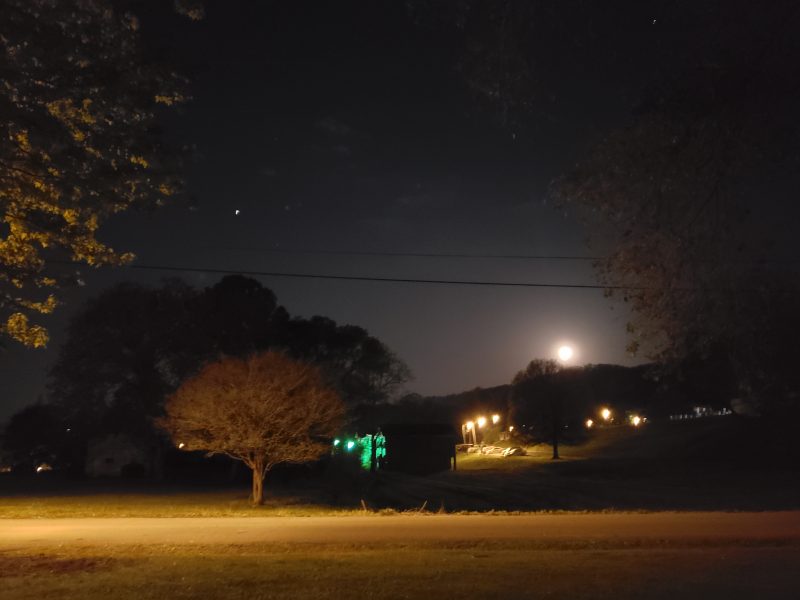 Moon and Jupiter setting over Rogersville, Tennessee, on April 28, 2018, from Elisha Sexton.

Bottom line: Photos from the EarthSky community of the moon and planet Jupiter, April 2018.