A collection of photos from the 2014 Lyrid meteor shower, which peaked on the morning of April 22. 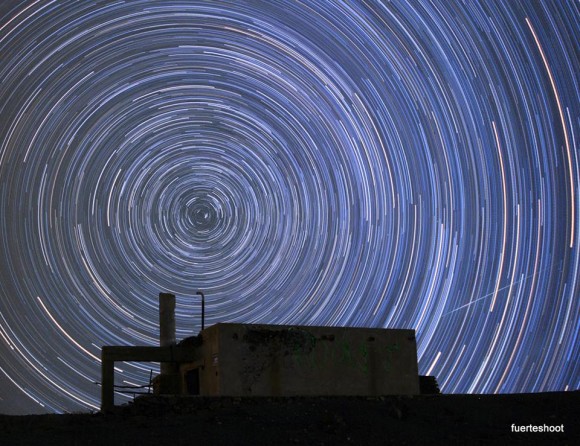 Lyrid meteor on April 21, 2014. Simon Waldram in Fuerteventura, in the Canary Islands, discovered this one as he finished batch editing 320 photos to make a startrail image. Thanks, Simon! 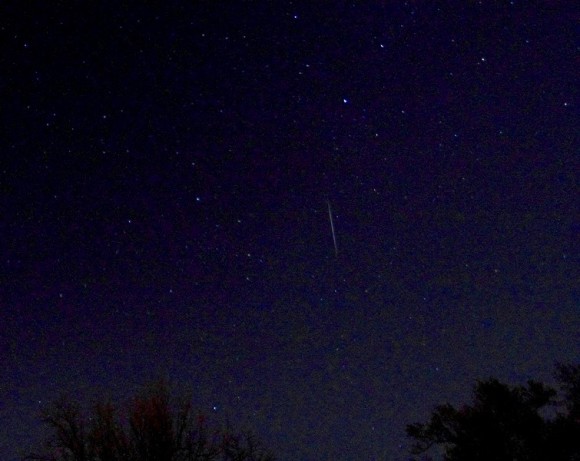 On the morning of April 22, Mike O’Neal said, “A foggy but worthy show this early a.m. Did not see that many but the few that did show were pretty amazing.” Thank you, Mike. 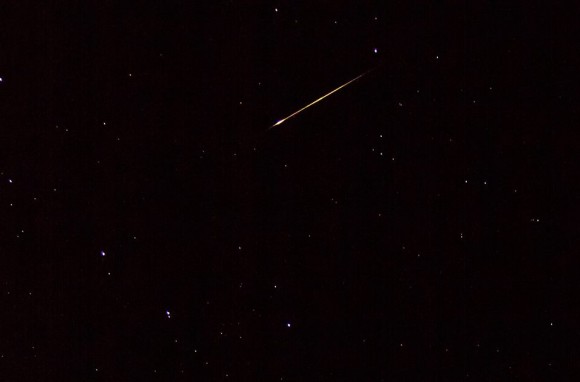 Bright yellow Lyrid seen on the morning of April 22, 2014 in Rhode Island by Deb Kestler. Thank you, Deb. 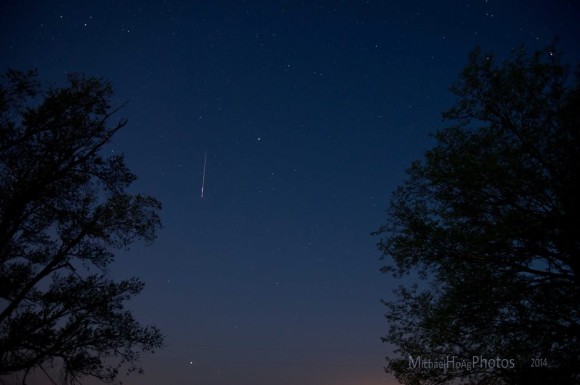 Mike Hoag in eastern Kansas caught this Lyrid meteor on the morning of April 22, 2014. Thank you, Mike! 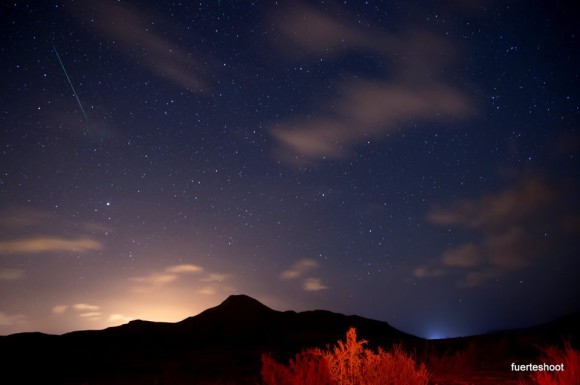 View larger. | Simon Waldram in the Canary Islands caught this Lyrid meteor on the night of April 20-21, 2014. 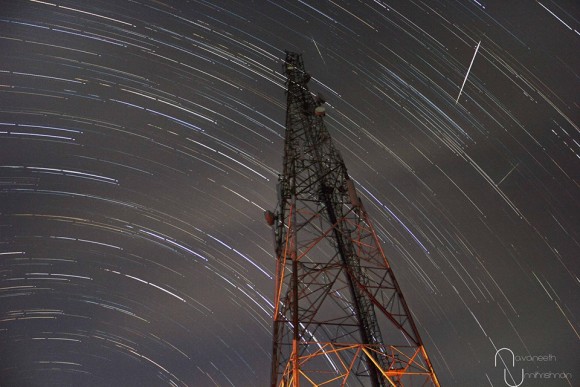 Navaneeth Unnikrishnan caught several Lyrids on the night of April 20-21, 2014. Thank you, Navaneeth. 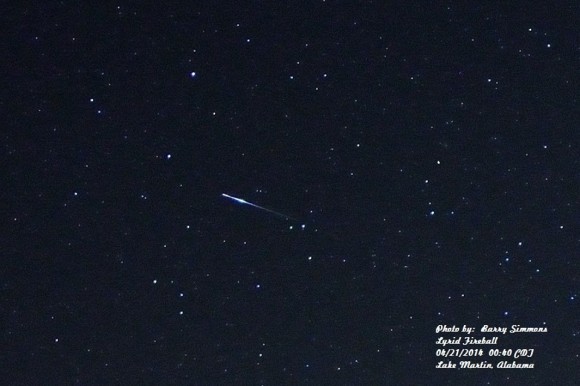 A bright Lyrid fireball, as captured on the night of April 20-21, 2014 by Barry Simmons. Thank you, Barry and Nanette. 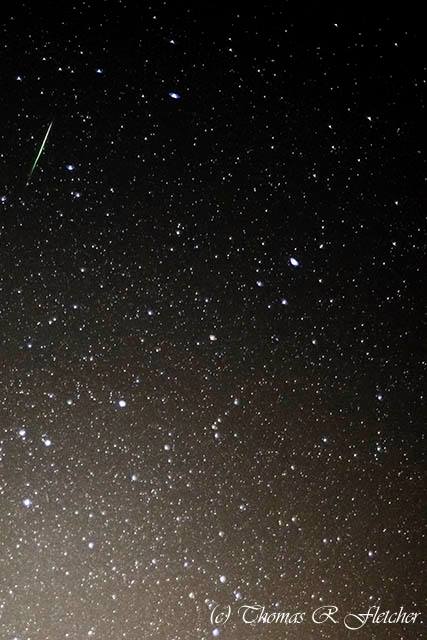 Will you see more Lyrid meteors on the night of April 22-23? Maybe. Click here.