A penumbral eclipse is subtle, but has a quiet beauty all its own. Thank you to all who submitted photos of the February 10-11, 2017 eclipse! 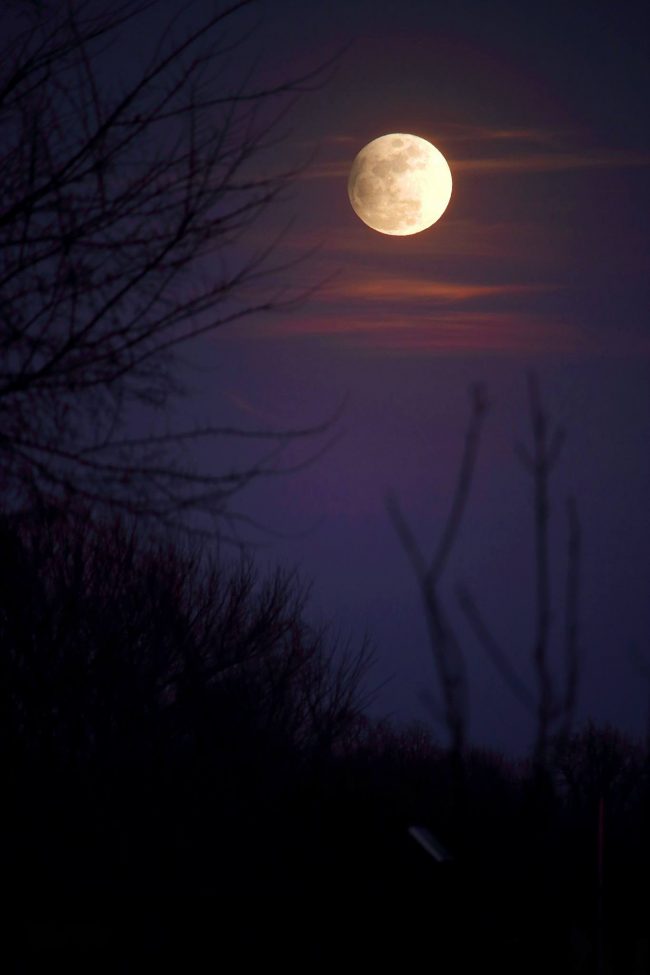 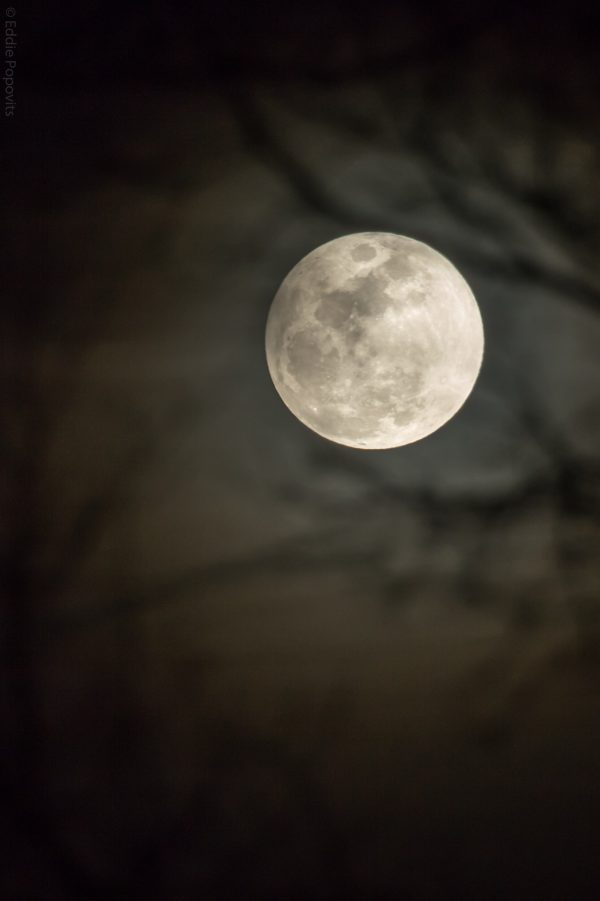 Eddie Popovits in Branson, Missouri caught it through treetops, around the time of maximum eclipse. Thanks, Eddie. 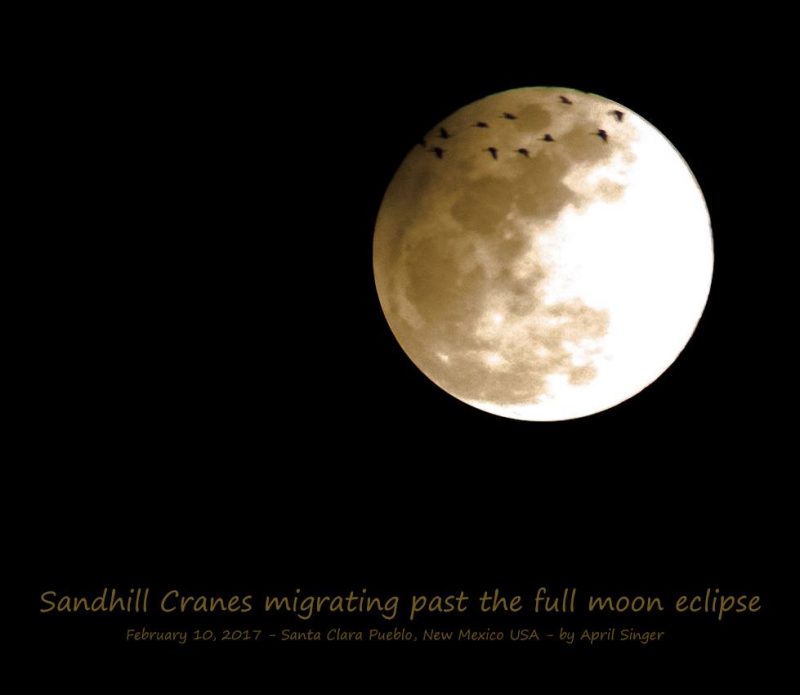 April Singer Photography in New Mexico said she nearly threw out this photo, until she noticed the black specks in front of the eclipsed moon were Sandhill cranes! Thank you, April. 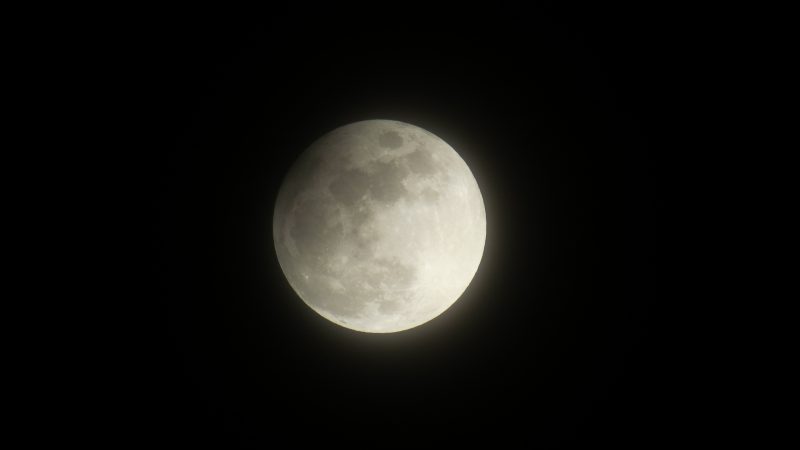 Frank Bailey in Bridgewater, Nova Scotia said he caught the eclipse through snowflakes and broken clouds. The temperature outside was 12 degrees F. (-11 C). Thanks for braving the cold, Frank!

Rob Pettengill in Austin, Texas wrote: “The penumbral lunar eclipse was well underway when the moon rose in Austin on Friday. The first image caches it coming up through the trees. The second image is just before mid-eclipse, and the third after the eclipse was over. The subtle effects of haze and the penumbral eclipse are clear when compared to the last image of the Snow Moon high overhead.” 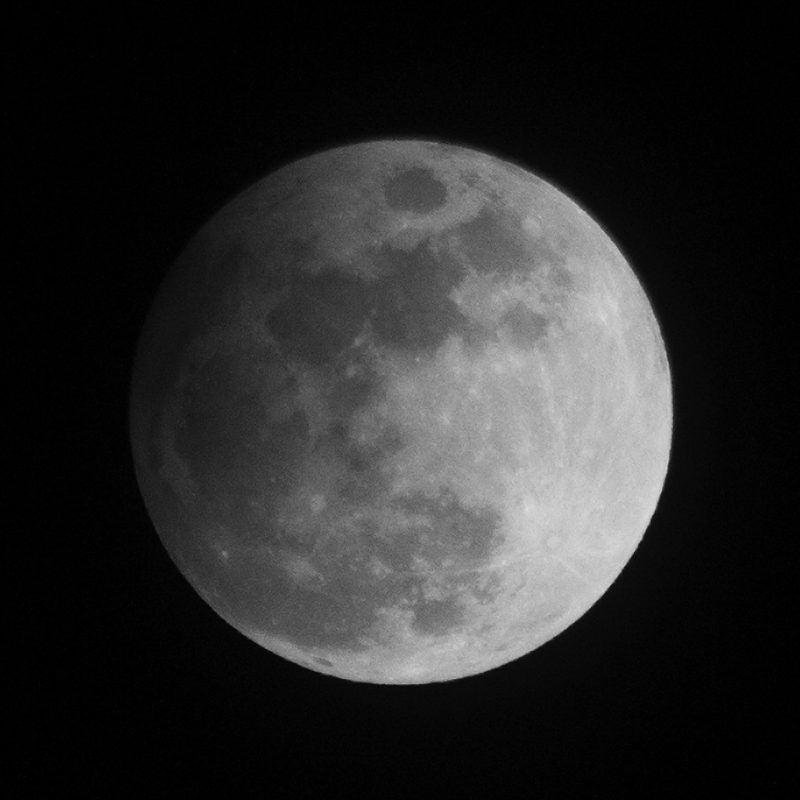 Dave Chapman in Halifax, Nova Scotia, Canada also had high, thin clouds, but managed to capture the penumbral eclipse near its maximum. In all of the photos on this page, the Earth’s shadow is that dark shading on the left side of the moon. 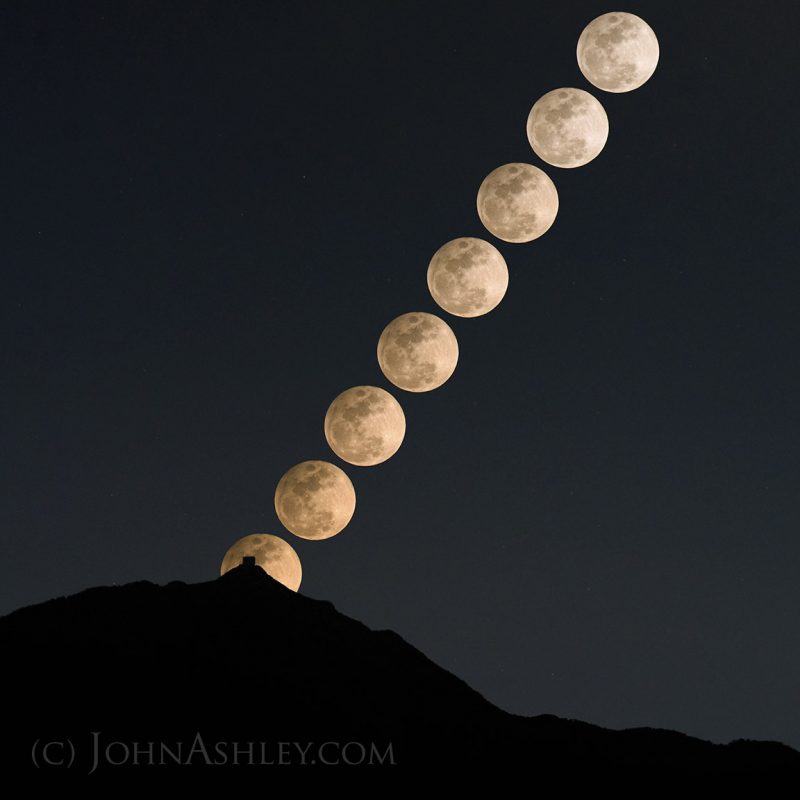 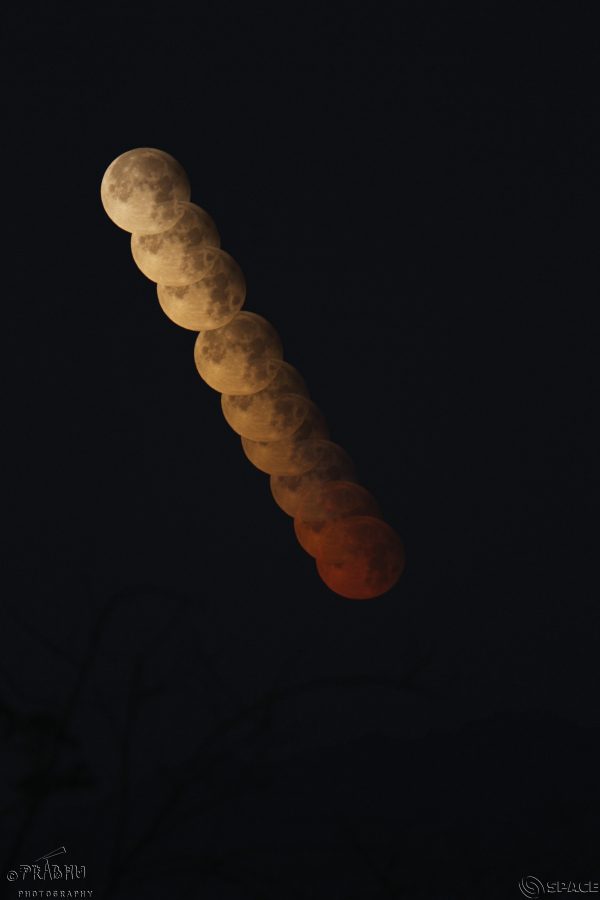 The February 10, 2017 penumbral lunar eclipse as it sets (notice the different angle from the photo above), as captured by Prabhakaran A. in Tanwas, Haryana, India. 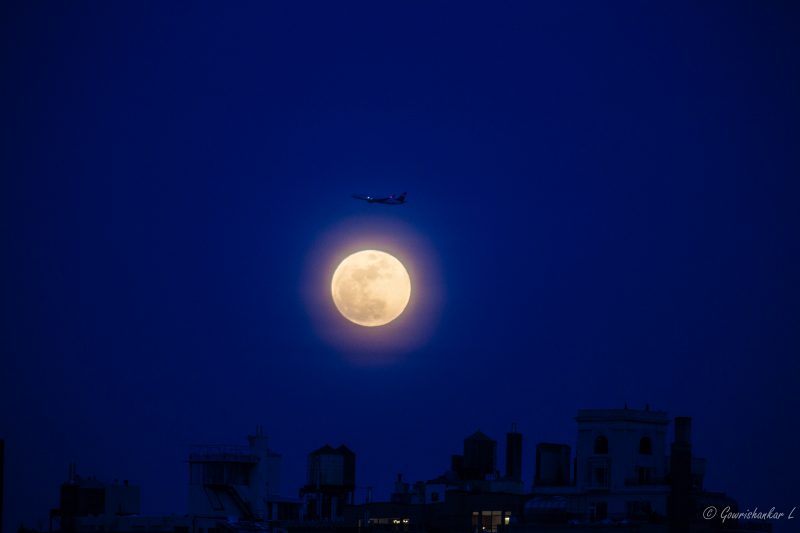 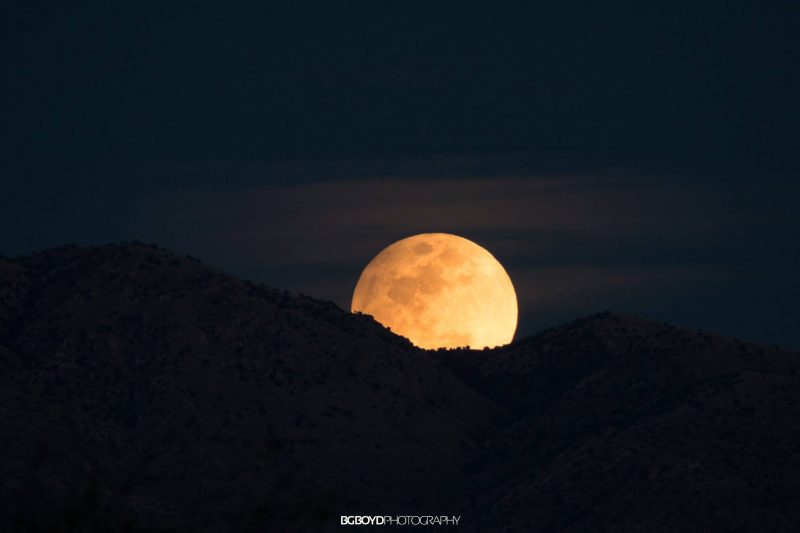 BG Boyd Photo caught the eclipse ascending behind mountains seen from Tucson, Arizona. For the Americas, the moon was rising as the eclipse was happening. 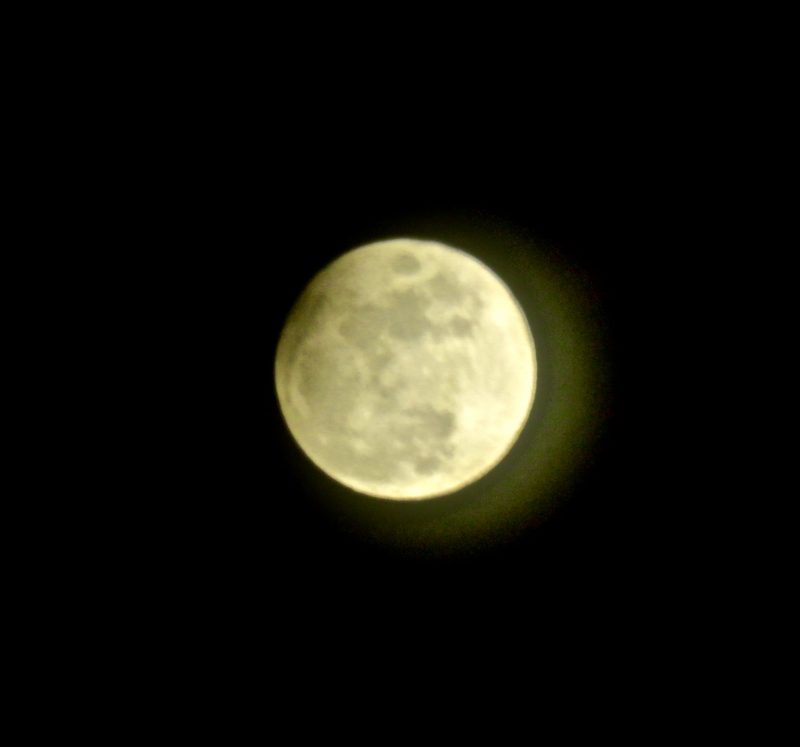 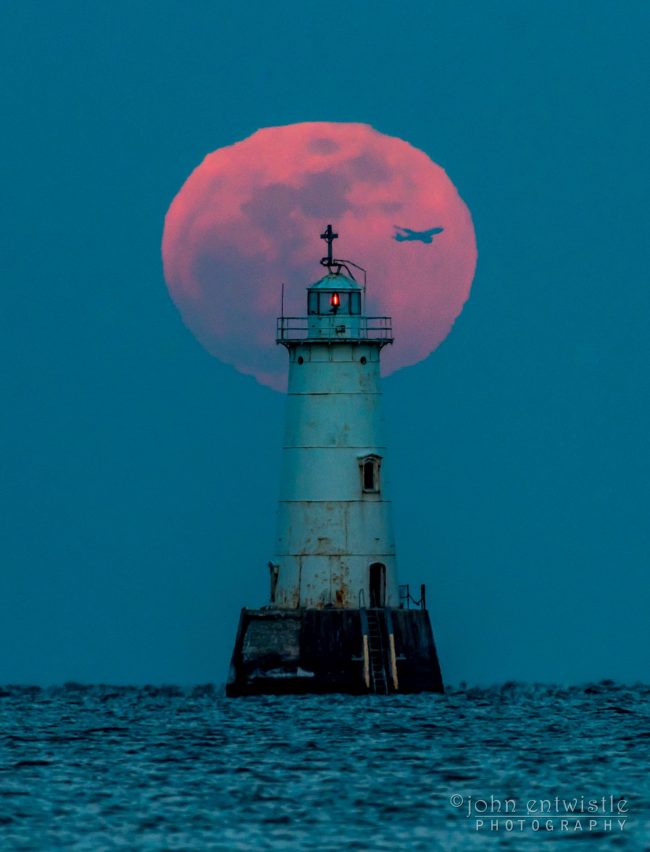 Full moon rising in eclipse, with an airplane crossing it, behind the Great Beds Lighthouse in the Raritan Bay, New Jersey. Photo by John Entwistle Photography. 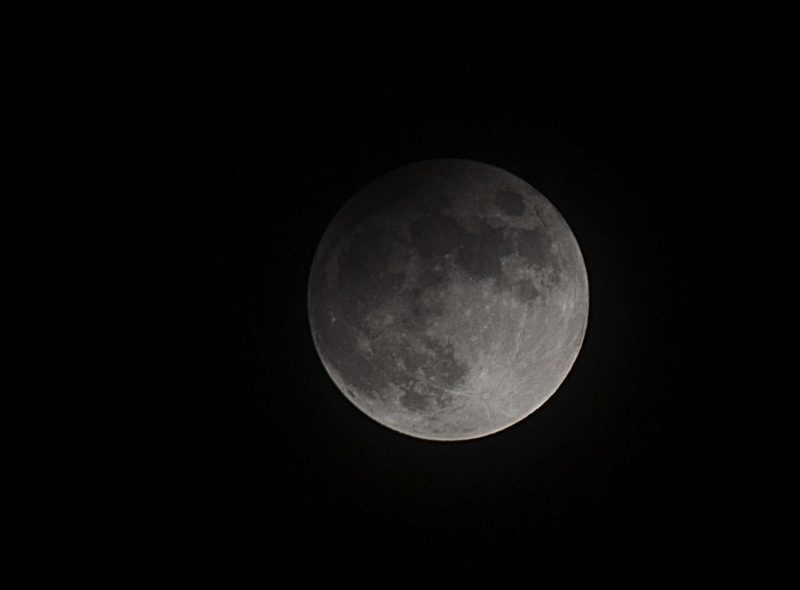 American observers saw the eclipse as the moon was rising in the east. But those farther east on Earth saw it while the moon was higher in the sky. This photo is from João Pedro Bessa in Praia da Barra, Portugal. Thank you, João. 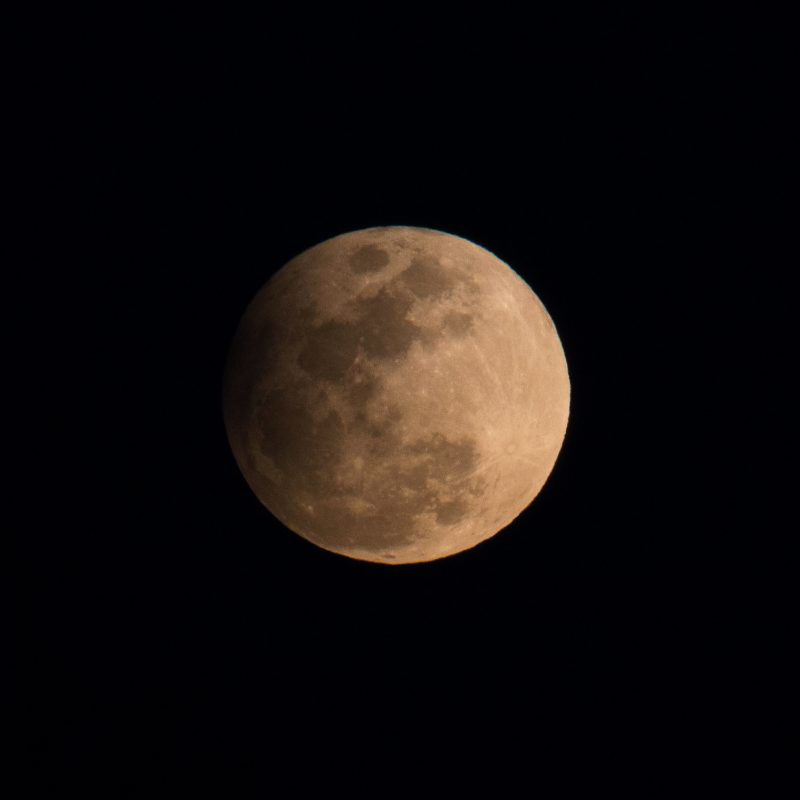 Karen Tarlow in Austin, Texas captured this image of the February 10, 2017 penumbral eclipse. Thank you, Karen. 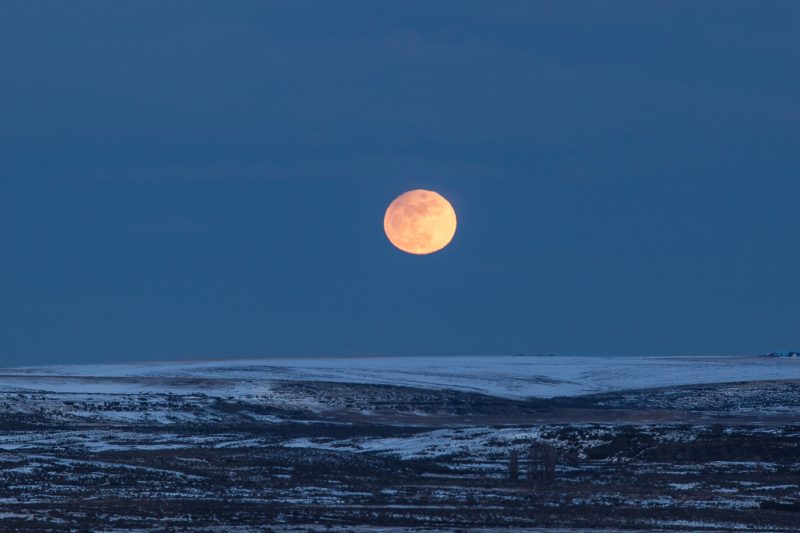 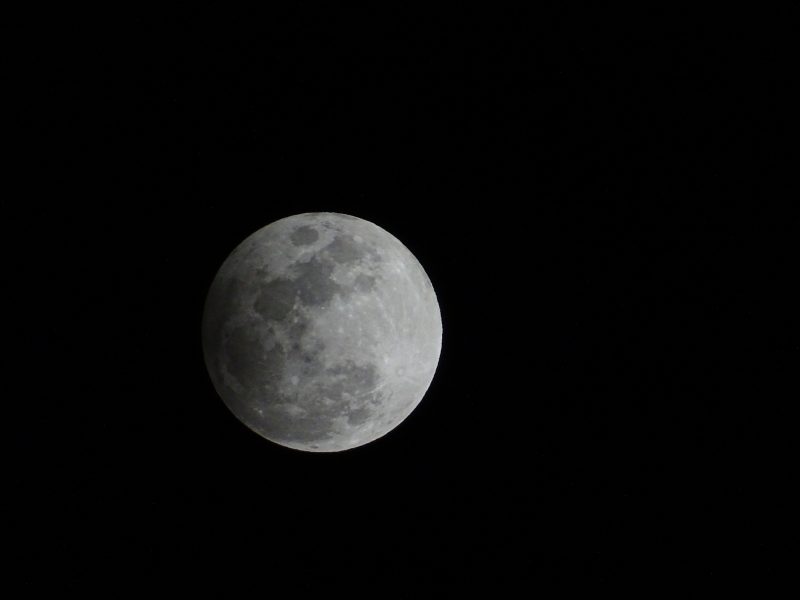 As seen by Patti Weeks, in Greenville, North Carolina, Earth’s penumbral shadow was faintly visible at 7:18 p.m EST. Thanks, Patti! 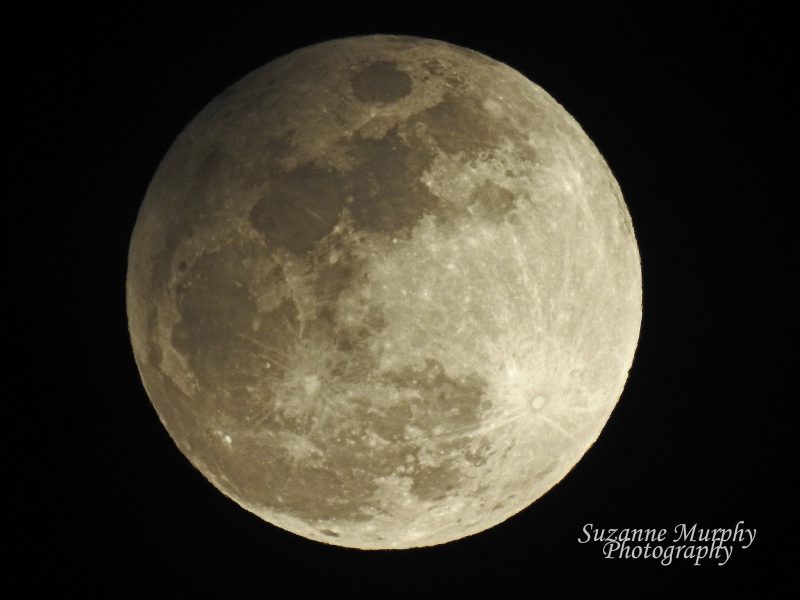 Bottom line: Photos from the EarthSky community of the February 10-11, 2017 penumbral lunar eclipse. Thanks to all who submitted!