The naysayers were wrong. Some did catch some Draconid meteors this weekend, in the narrow window between sunset and moonrise. 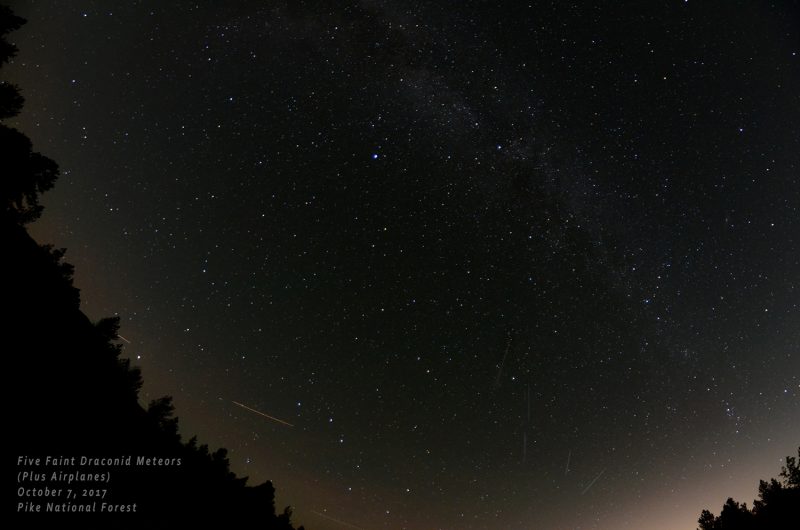 View larger. | Photo composite – 5 faint Draconid meteors in less than an hour – on October 7, 2017 from Stephanie Longo at Pike National Forest in Colorado. Thanks, Stephanie!

This weekend’s Draconid meteor shower had interference from a bright moon. And yet, as nearly always happens, we received photos from intrepid observers. Stephanie Longo at Pike National Forest, Tarryall Colorado, wrote:

We headed out to the Tarryall Mountains section of Pike National Forest as the sun was setting. By the time we set up, the sky was quite dark and the Milky Way gorgeous. We started shooting at 7:56, but we had to give up by 8:40 because the light of the moon was too bright, even though it wasn’t yet over the horizon.