Going up and coming down this week

Within hours of each other, one rocket left the Earth on April 28, 2021, and one cargo space ship returned on April 29 – via a planned destruction during re-entry – after having been attached to the International Space Station for a year. 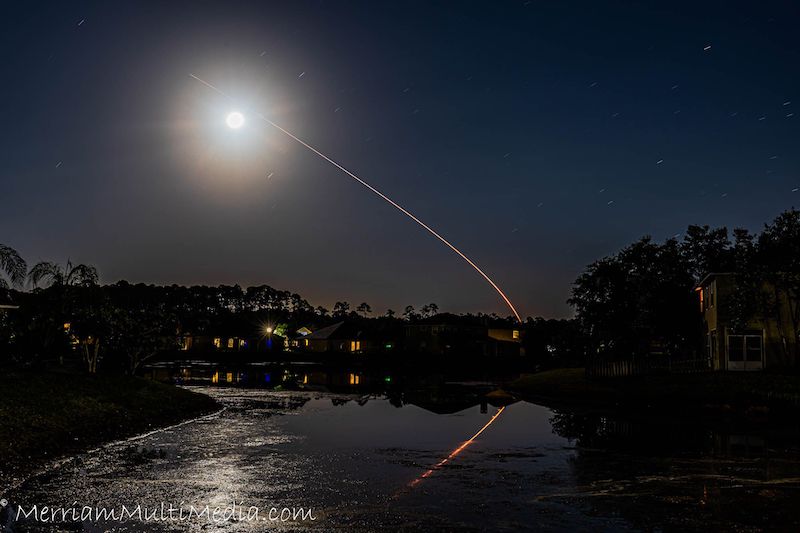 View at EarthSky Community Photos. | John Merriam in St. Augustine, Florida, captured this photo of the SpaceX Falcon 9 rocket launch on April 28, 2021. He wrote: “I was skeptical I’d get much with a long exposure and the moon still near 94% but it turned out kind of fun. SpaceX appeared to head right at the moon during tonight’s launch.” Thank you, John! It was the 7th launch of this particular Falcon 9 rocket, whose mission on April 28 was to carry 60 Starlink internet satellites to Earth orbit. Nine minutes after launch, the rocket’s 1st stage returned to Earth, for a successful landing at sea on SpaceX’s drone ship Just Read the Instructions.

SpaceX launched a Falcon 9 rocket – mission Starlink 24 – on the evening of April 28, 2021, aiming for an orbit 180 miles (291 km) up, where it successfully offloaded its cargo of another 60 Starlink satellites. Meanwhile, the Russian cargo ship Progress MS-14 successfully undocked from the International Space Station (ISS) after it had spent a year docked to its Zvezda module. The cargo ship was launched on April 25, 2020, from the Baikonur cosmodrome in Kazakhstan. On April 29, 2021, it was intentionally destroyed in the atmosphere upon re-entry. EarthSky readers submitted photographs of both space vessels, taken from Florida and Russia. 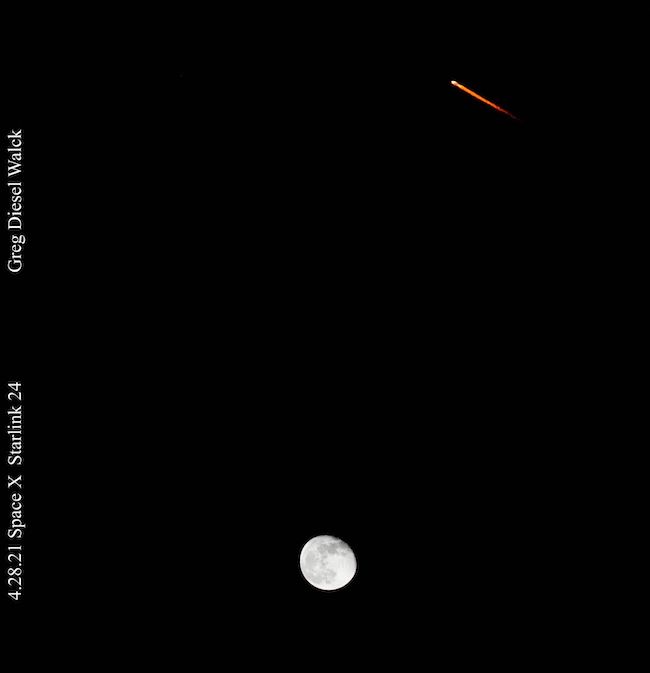 View at EarthSky Community Photos. | Greg Diesel Walck in Ormond Beach, Florida, captured this photo of SpaceX’s Starlink 24 launch, appearing to fly over the moon in Earth’s sky, on April 28, 2021. He wrote: “The moon was so big and bright (just 2 days past full moon phase) that the typical long-exposure rocket trail images were very washed out. Fortunately I knew the Falcon 9 would pass somewhere near the moon in the sky so I was also shooting with a long lens and fast shutter capturing this moment.” Thank you, Greg! 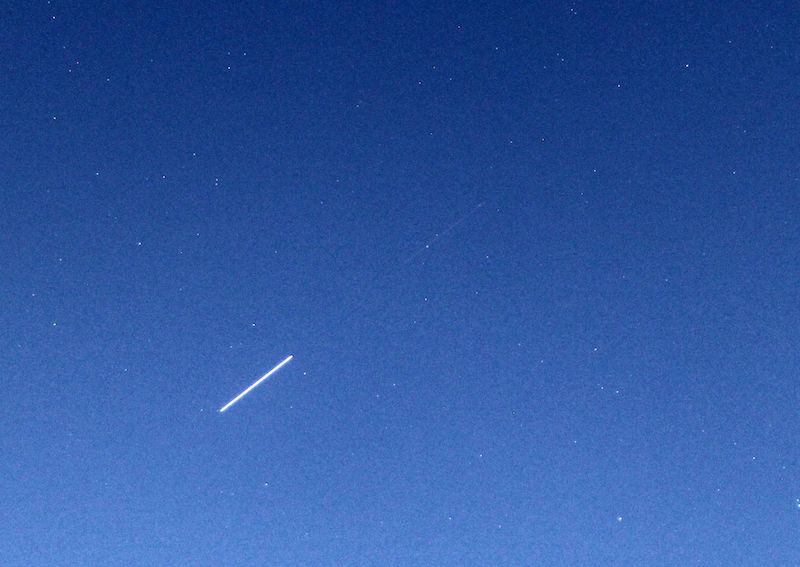 View at EarthSky Community Photos. | Filipp Romanov in Yuzhno-Morskoy (near Nakhodka), Russia, captured this photo of the International Space Station and Progress MS-14 on April 29, 2021. He wrote: “I observed the ISS and Progress MS-14 (5 hours before planned destructive re-entry) from 19:18 to 19:20 UT in the dawn sky. The spacecraft looked like a +2 magnitude star and was visible at a distance of several degrees from the ISS.” He also has a time-lapse of the 2 space vessels here. Thank you, Filipp!

Bottom line: Just hours apart, one space vessel left the Earth to drop off satellites into orbit and another came down, after having been attached to the International Space Station for just over a year. Wow! It feels as if we’re living in a Space Age now, doesn’t it? Photos here.