Karthik Easvur created this image as the International Space Station soared over Hyderabad, India on November 22. How you can spot it. Plus, who’s aboard ISS now? 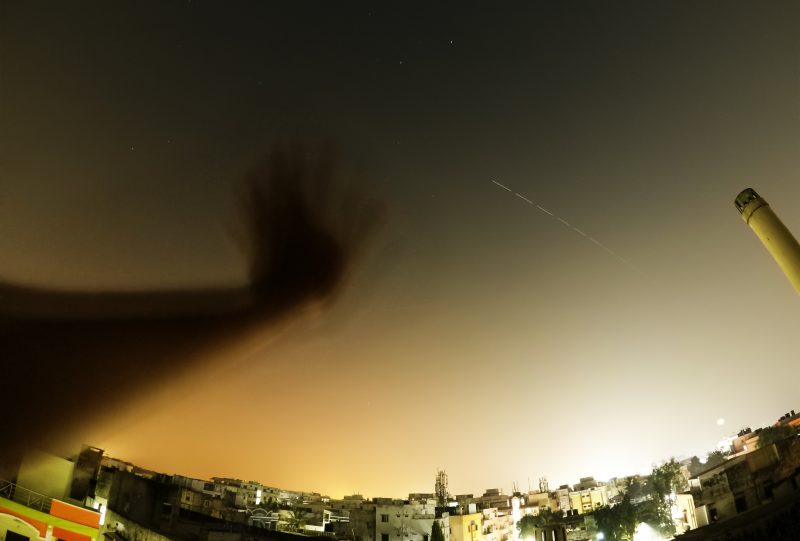 The International Space Station (ISS) orbits at approximately 220 miles (350 km) above the Earth and it travels at an average speed of 17,227 miles (27,724 km) per hour. The ISS makes multiple orbits around the Earth every day. To us on Earth, the space station looks like a bright star moving quickly above the horizon. Then, just as suddenly as it appears, it disappears. Karthik Easvur in Hyderabad, India caught it on November 22, 2017, using a Gopro hero5 camera in timelapse mode.

ISS will likely pass over your location every so often. Click here to learn how you can see ISS, as it soars overhead in your sky.

This month marks 17 years of humans living and working continuously aboard ISS. The current crew – Expedition 53 – began in September 2017 and ends next month. It consists of six crew members, whose official portrait is below. 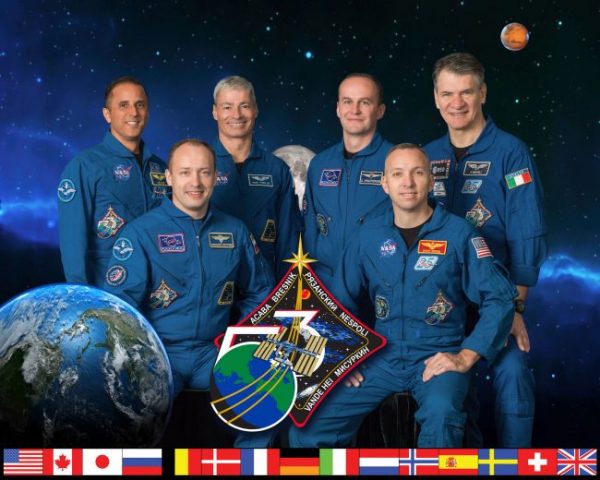 Here’s who’s aboard ISS now. This official crew portrait of Expedition 53 was taken June 20, 2017 at Johnson Space Center in Houston, Texas. Seated in the front (from left) are Flight Engineer Alexander Misurkin of Roscosmos and Commander Randy Bresnik of NASA. Standing in the back (from left) are NASA astronauts Joe Acaba and Mark Vande Hei, Sergey Ryazanskiy of Roscosmos and Paolo Nespoli of the European Space Agency. Image via NASA Johnson on Flickr. 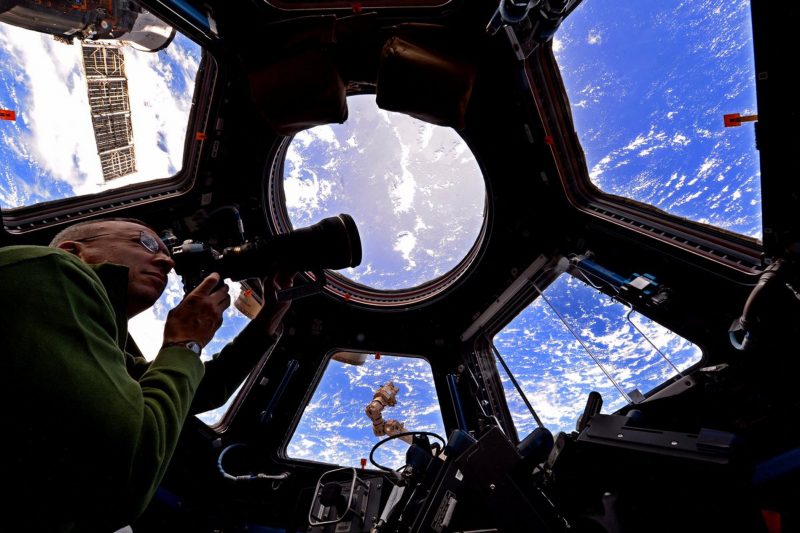 Bottom line: Waving to the International Space Station on November 22, 2017 from Hyderabad, India.