Halos around the sun or moon are caused by ice crystals, like those in high cirrus clouds. Sometimes you can’t see clouds, but – in these photos – you can. 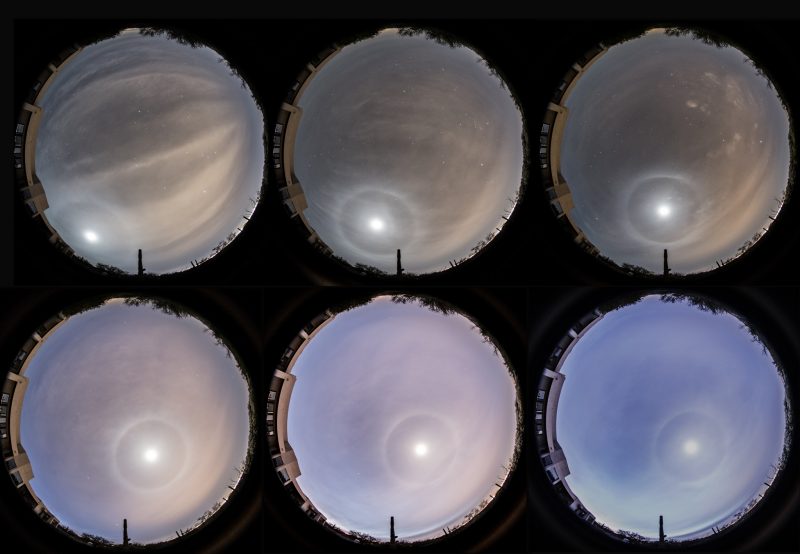 Eliot Herman is Tucson, Arizona has been working all year to compile a series of images of every major meteor shower in 2017. So last weekend, as this week’s Geminid meteor shower was rising to its peak, he had his automatic camera set-up running all night. You can see one result in the images above. He didn’t catch a Geminid (although he did catch a random meteor, which exploded as it fell). But he caught something equally wonderful, a long-lasting halo around the moon.

Eliot said the halo lasted from 2 a.m. to dawn. You can see twilight coming up in the bottom right image. Then, he said, the halo just:

By the way, it must be lunar halo weather in Tucson. Check out this interesting halo photo, also by Eliot Herman, from late November.