The enormous ring of light that appeared in the night sky on April 2 – above a thunderstorm in the Czech Republic – was a rare and fleeting lightning phenomenon. 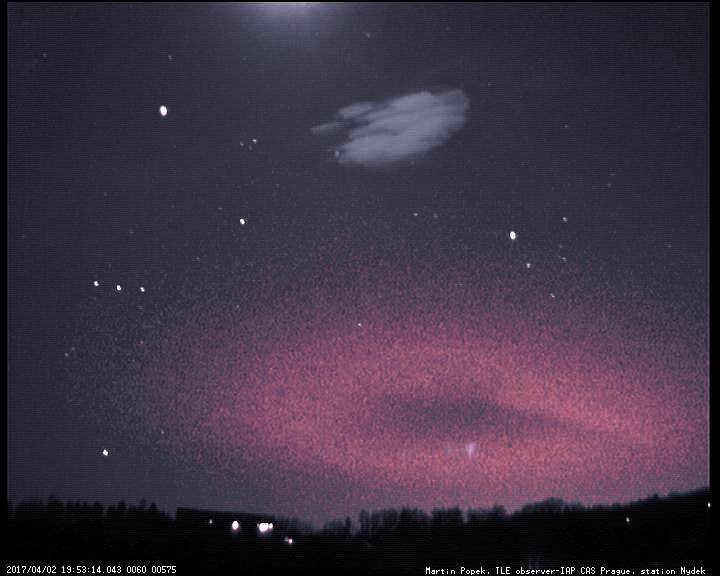 The ring of light was approximately 60 miles (100 km) wide. It’s a lightning phenomenon, known as an ELVE. Image via Martin Popek. Used with permission.

Amateur astronomer Martin Popek of the city of Nýdek in the Czech Republic caught this rare red ring of light in the sky on April 2, 2017, using a low-light video camera. It’s an example of an ELVE (Emissions of Light and Very Low Frequency Perturbations due to Electromagnetic Pulse Sources). Spaceweather.com explained:

ELVEs appear when a pulse of electromagnetic radiation from lightning propagates up toward space and hits the base of Earth’s ionosphere … A faint ring of light marks the broad ‘spot’ where the EMP hits.

ELVEs are elusive – and that’s an understatement. Blinking in and out of existence in only 1/1000th of a second, they are completely invisible to the human eye.

ELVEs are often accompanied by red sprites, often called lightning sprites, and that was the case here. The image below – also captured by Popek on April 2 – shows them.

These lightning phenomena are extremely elusive. For one thing, they flash on a millisecond timescale. They’re also above thunderstorms, so they’re usually blocked from view on the ground. Astronauts in space have the perfect vantage point for seeing ELVEs and lightning sprites, and indeed ELVEs were first seen by cameras on the space shuttle in the 1990s. 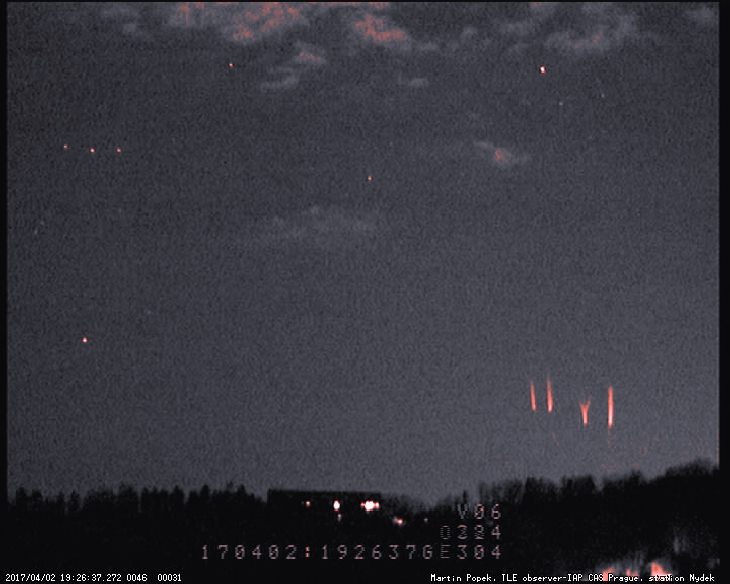 ELVEs are often accompanied by what are called red sprites, sometimes called lightning sprites. Here you can see a cluster of sprites on the lower right, which Martin Popek also caught, near the much-larger red ring. Used with permission.

Bottom line: Image of an ELVE – Emissions of Light and Very Low Frequency Perturbations due to Electromagnetic Pulse Sources – over the Czech Republic on April 2, 2017.