Karl Diefenderfer must have been looking east at sunset on October 9, in order to photograph this rainbow with anticrepuscular rays, caught “as the remnants of hurricane Nate left southeastern Pennsylvania.” 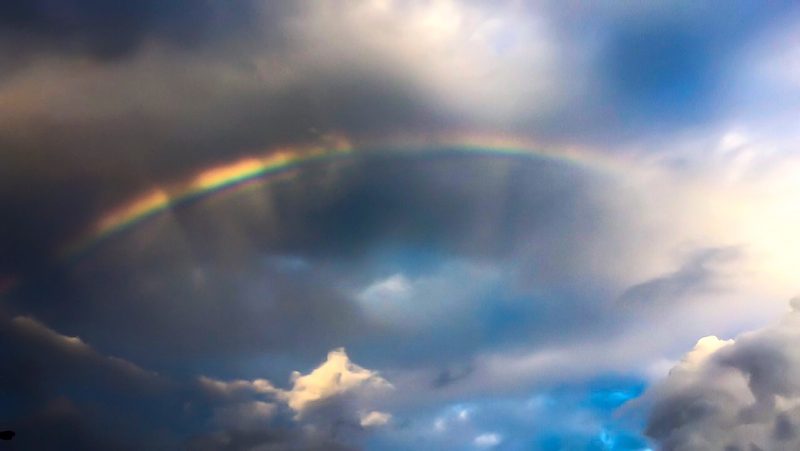 Two unrelated sky phenomena – a rainbow and anticrepuscular rays – both visible opposite a sunset. Photo by Karl Diefenderfer.

Rainbows are always seen in the direction opposite the sun, and of course so are anticrepuscular rays. These sun-rays are like the ones you sometimes see emanating from a cloud, or a sunset, but located on the side of the sky opposite the sun. Rainbows and anticrepuscular rays aren’t related, but – since both are seen on the side of the sky opposite a sunset or sunrise – it’s entirely possible to see them together. That was the case for Karl Diefenderfer in Quakertown, Pennsylvania on October 9, 2017, who said he caught them:

… as the remnants of hurricane Nate left southeastern Pennsylvania.

By the way, we featured another image similar to Karl’s recently, from Canada.

Read more about how to spot anticrepuscular rays

Bottom line: Photo of a rainbow with anticrepuscular rays.