Tokyo’s plum trees start blooming when it’s still chilly, usually during February. The plum in Japanese culture symbolizes hope and vitality. The blossoms are a sign spring will come! 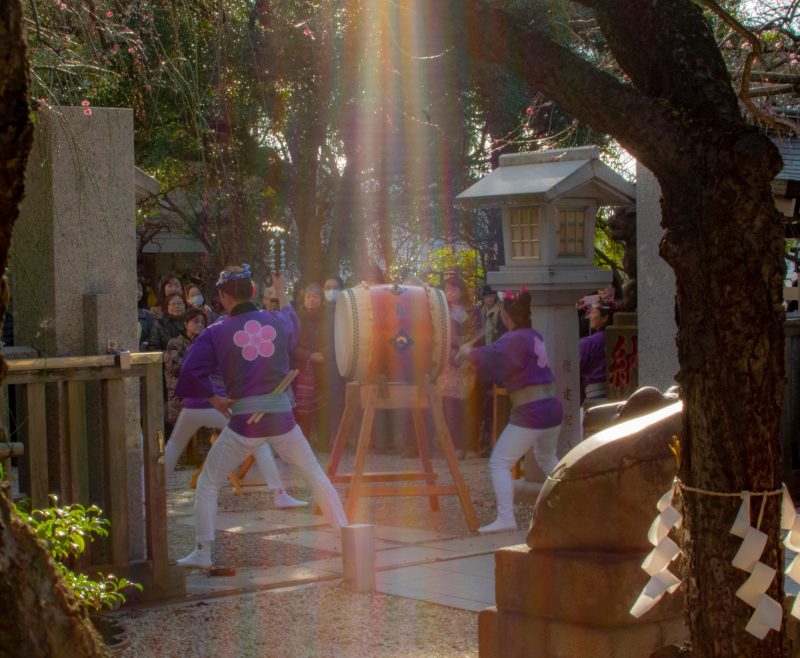 Anne Jones captured this photo on February 17, 2019. She said they’re expecting plum blossoms through the end of this month and expect the cherry blossoms to start around March 22 this year. She wrote:

As to the light on the performers, it was a clear and dry day and I was shooting southwest in the afternoon, so none of that explains it. However, a group of ladies from the shrine was preparing vegetable miso soup over traditional open coal fires (which we got to eat after the ceremonies!). There was a lot of smoke no more than 20 feet from where I was. I think some errant smoke might have caused the rainbow.

Read more: Plum blossoms in Tokyo and where to see them