Göran Strand captured an aurora over Sweden this week, but it wasn’t until he mirrored the image that things got interesting. Can you see the alien? How about the storm trooper? Both are examples of pareidolia. 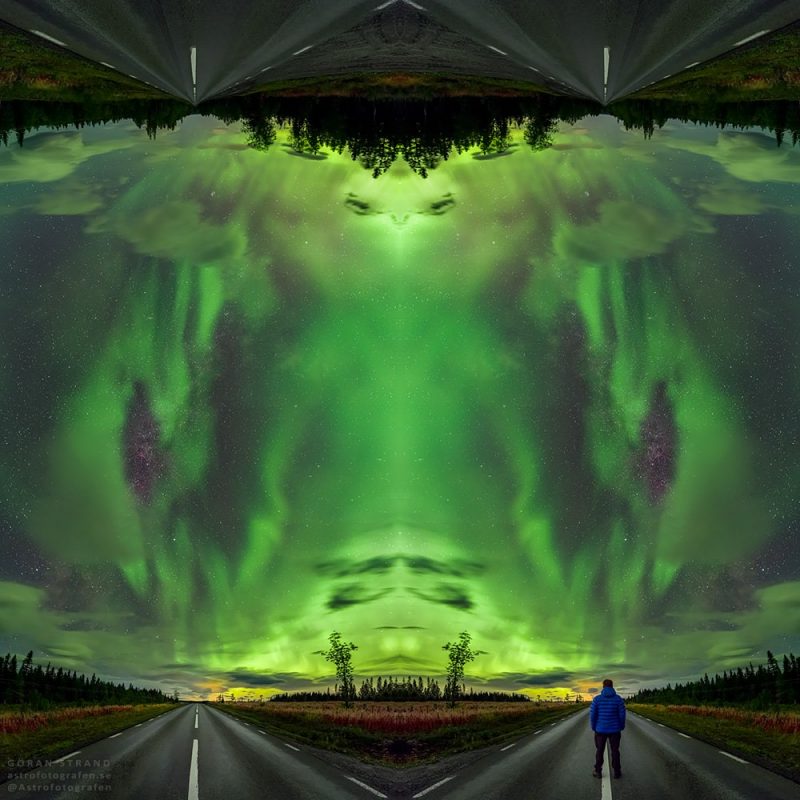 Mirrored image of the September 10 aurora by Göran Strand of Sweden.

Göran Strand posted this (processed) photo to EarthSky Facebook this week, taken during the September 10, 2018 G2-class geomagnetic storm that sparked magnificent auroras over Earth’s northern latitudes. It’s an example of pareidolia, or seeing patterns in nature where, in reality, none exist. Goran wrote:

We had a truly amazing northern light here in northern Sweden. I did a 180 degree panorama of the sky to capture the entire band stretching through zenith. While editing, I tried some different options to present the photo and suddenly when I mirrored the photo and put them side by side, I did see both something familiar but also something out of this world.

When mirrored, the clouds and the northern lights at the top formed a face that looks like an alien, and at the bottom a storm trooper is clearly visible.

NOAA forecasters had predicted the geomagnetic event that began during the night of September 10, when a solar wind stream – a stream of charged particles from the sun – hit Earth’s magnetic field. Sign up for NOAA’s space weather alerts here.

Read more: What is pareidolia?