If you think the moon is an impediment to meteor-watching

The moon is big and bright nearly all night now. It’ll turn full on Tuesday, just as the North Taurid meteor shower reaches a peak. The moon is a problem for meteor-watching, but this owl … a bigger problem. 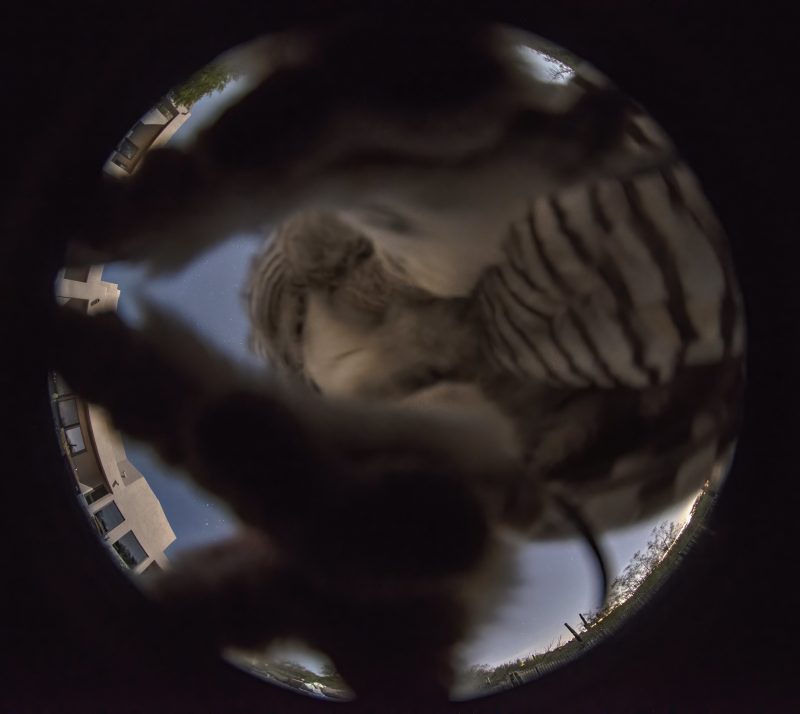 View larger. | Feet of an owl perched on an all-sky meteor camera – around midnight on the morning of November 9, 2019 – via Eliot Herman of Tucson, Arizona.

Veteran meteor observer Eliot Herman has contributed many wonderful photos to EarthSky! Here’s one that didn’t come out as he’d planned, though. It’s an owl (“looks like a horned owl from the stripes,” he commented) perched on his automatic, all-sky camera. He wrote:

Meteor photography is really difficult if all that is visible is the rear end of an owl who decided to perch on the camera at midnight. The owl remained for about 5 minutes. The bright moon is enough of a problem to get good imagery but this really adds insult.

The twin stars of Gemini are visible between the toes on the lower left.

Fortunately, Eliot said, it looks as if the owl’s claws didn’t damage the lens, and it didn’t tip the camera.